With China’s economic development being transformed to high-quality growth, analysts believe that China has made great contributions to regional cooperation and sustainable growth in Asia-Pacific. 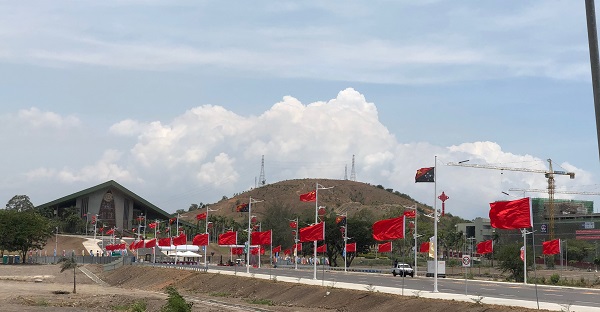 Take the Asia-Pacific Economic Cooperation (APEC) 2018 agenda for instance. China’s role is noteworthy from the achievements in the Belt and Road initiative.

Chen Fengying, a research fellow at the China Institute of Contemporary International Relations in Beijing, told the People’s Daily that China and Papua New Guinea (PNG) enjoy a very good relationship in terms of political trust, close economic cooperation and people-to-people links in recent years, thanks to the Silk Road Economic Belt and the 21st Century Maritime Silk Road Initiative, proposed in 2013.

China has also provided a wide range of other support to PNG ahead of the APEC leaders' meeting.

Cooperation in mining, education, healthcare, infrastructure and road development, as well as tourism are success stories for China’s contributions to the regional community while seeking a shared future, Chen said.

Jiang Han, a research fellow at Suning Financial Research Institute, told the People’s Daily that the APEC meeting is an important economic forum, where regional cooperation and economic development will be enhanced.

In the past four years, China has been an influential driving force with remarkable contributions in Asia-Pacific development.

Being the world's second largest economy, China has maintained rapid growth for a long time. Jiang stressed that this is of significance in the global economic recovery and promoting the sustainable development of the world economy.

Infrastructure development, including building roads around the airport and the international conventional center in Port Moresby, have proven timely for PNG to host the APEC meeting, Chen noted.

Meanwhile, China-PNG relations were guided by the consensus reached by President Xi Jinping and Prime Minister Peter O’Neill in November 2014 to establish a strategic partnership featuring mutual respect and common development. Since then, China-Papua New Guinea relations have entered a new stage of rapid development.

China’s long-term adherence to the opening-up and external cooperation for mutual benefit has established a framework for an open and cooperative world trade order.

China's fast-growing Internet economy is at the forefront in the world, especially in new applications.

Take the manufacturing sector. China is transforming from the world’s factory [made in China] to innovation. Its technology has made great progress, and the recent opening of the Hong Kong-Zhuhai-Macao Bridge reflects China's breakthrough in the bridge industry and construction sector, Jiang pointed out.

High-speed railway could be another example of progress and contributions.

For the world, China's stable and sustainable economic momentum is an important contribution, he added.

“China’s contributions have always been there, as the APEC 2014 in Beijing has always been aligned with this year’s theme and priorities,” Chen added.