More than 100 international journalists covering the 19th National Congress of the Communist Party of China (CPC) were impressed by China's coordinated development after they traveled to an agricultural logistics park in North China’s Hebei Province on Monday to get first-hand knowledge about China’s development brought by new concepts. 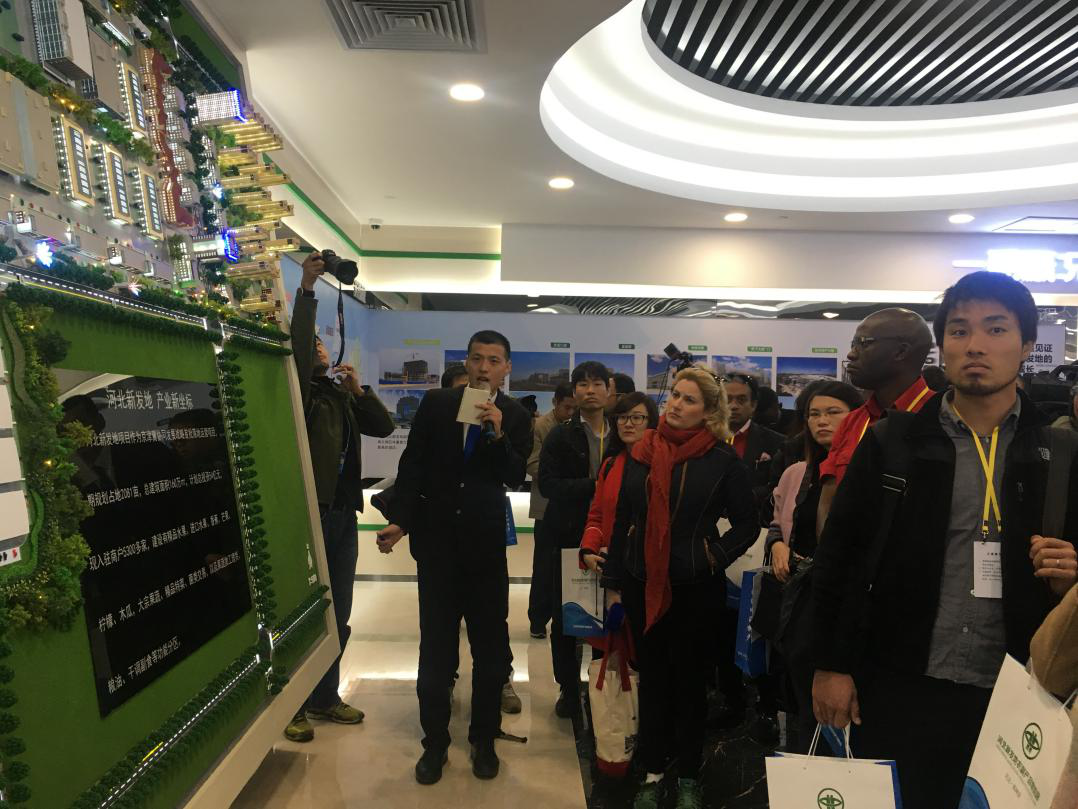 The Xinfadi agricultural logistics park is home to worldwide agricultural produce, the largest banana storehouse in Asia and a vegetable and fruit exchange zone. It is also the result of moving non-capital functions away from Beijing into neighboring Tianjin and Hebei Province under the Beijing-Tianjin-Hebei development plan unveiled in 2015.

The coordinated development of the Beijing-Tianjin-Hebei region is a strategy to balance development, relieve Beijing’s non-capital functions and cure Beijing’s “big city disease” via applying a new concept of “innovative, coordinated, green, open and shared development.

The Beijing-Tianjin-Hebei region is located at the heart of the Bohai Bay area and includes cities like Beijing, Tianjin, Baoding and Langfang in Hebei Province. It has the largest scale of economy and the most robust business activities in northern China. In 2016, the total GDP of the area was 7.46 trillion yuan ($ 1.12 trillion), about 10 percent of the country’s total.

“Before I came here I thought it was a traditional market for agricultural produce exchange, but now I see a big and modern agricultural logistics park that makes me believe all industries in China are constantly progressing,” a Canadian journalist told People’s Daily.

It’s fair to say that this place is more of a city than a market, he added. The Canadian was deeply impressed by the scale and intelligent operation of the Xinfadi agricultural logistics park.

“These bananas are so tasty!” said a journalist from Brazil, adding that he will advise his friends to cooperate with Xinfadi banana storehouse since some of the bananas here are imported. 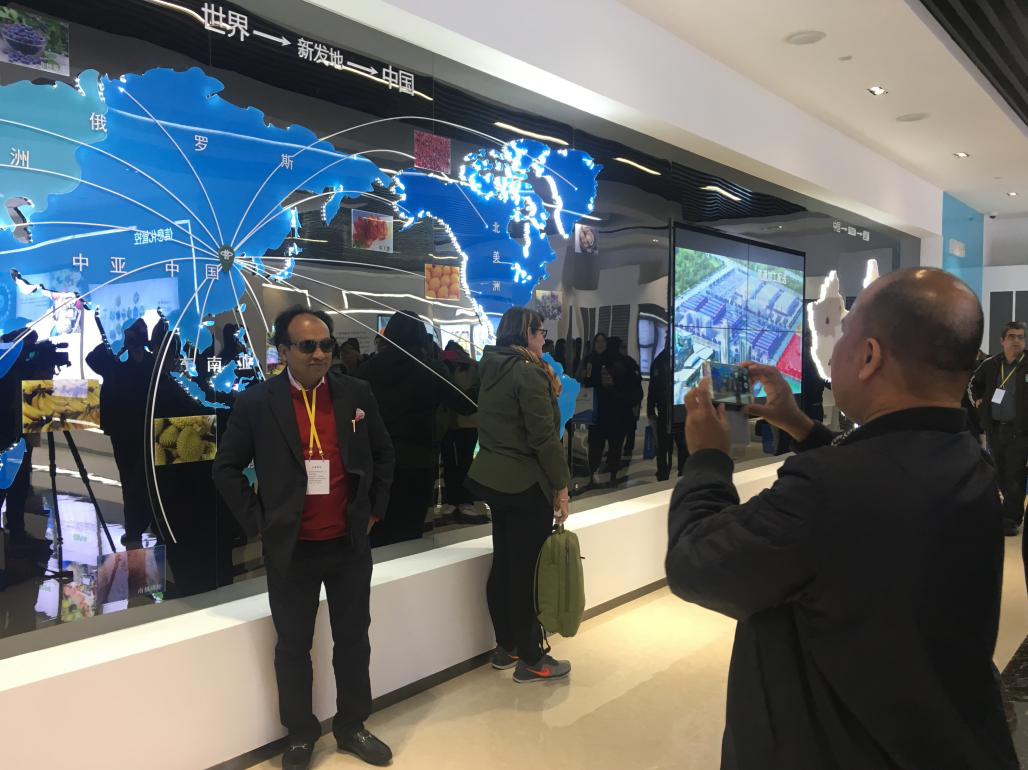 “China has demonstrated its courage and capability in terms of mobilizing resources and coordinating regional development,” said Jackson Mwewa, deputy chief sub-Editor of the Times of Zambia.

“In tackling imbalanced regional development and growing the economy for impoverished regions, the coordinated development for the Beijing-Tianjin-Hebei region serves as a valuable lesson for my country to learn from,” Mwewa said.

Soukthavy Thephavong, a journalist from Lao News Agency, told the People’s Daily that Chinese leaders have made thoughtful plans to develop the country.

Besides improving itself, the country has driven common development for other countries through the Belt and Road initiative, Thephavong said, expressing hopes that Laos could draw on China’s experience for better development. 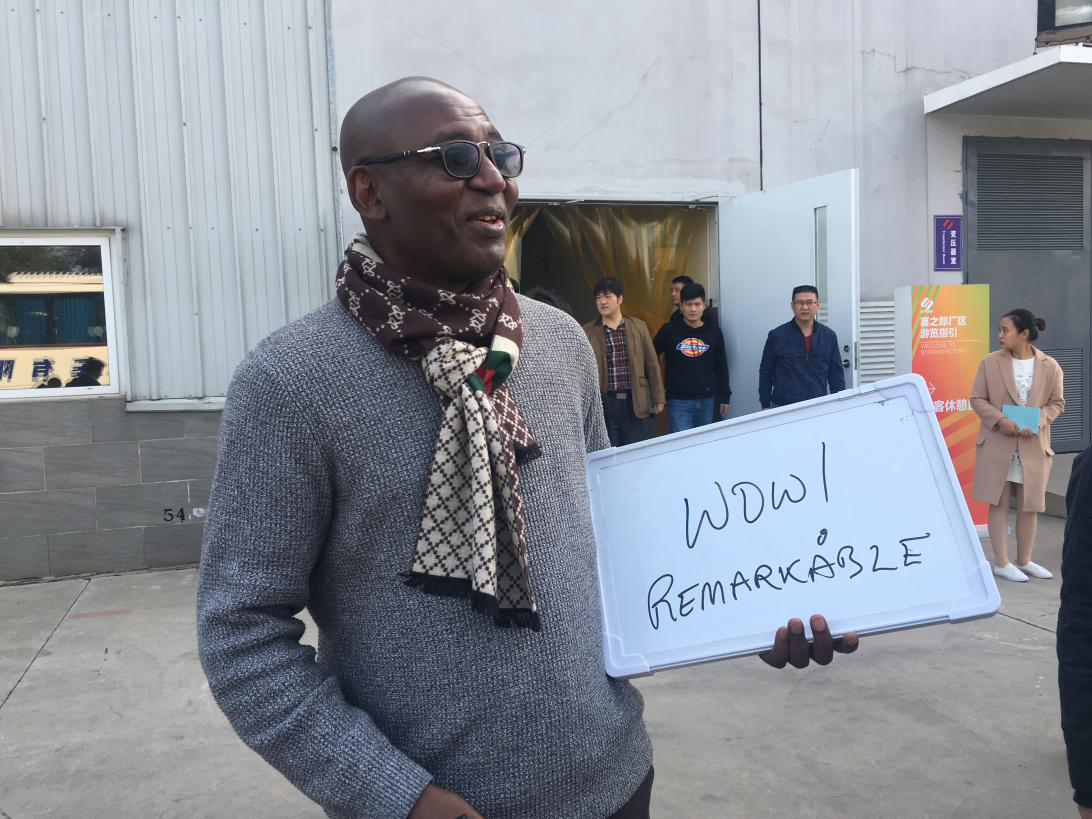 A foreign journalist gives the thumbs up to China’s progress. (Photo by Wang Hailin from People’s Daily)

Over the past three years, Beijing has shut down 1,300 manufacturing enterprises and closed wholesale markets such as Beijing Zoo, Dahongmen and Tianyi.

In 2016, Beijing’s economic growth reached 6.7 percent and the service industry contributed to More than 80 percent of the region’s total output value.

In the same period, Tianjin witnessed 9 percent economic growth, continuing its leading position across the country, while the economic growth of Hebei Province was 6.8 percent after taking over some of Beijing’s non-capital functions.

In the first six months of 2017, the economic growth of Beijing and Hebei both reached 6.8 percent and Tianjin witnessed 6.9 percent growth.

According to the report delivered by President Xi to the 19th CPC National Congress, the principal contradiction facing Chinese society has evolved.

What the country now faces is a contradiction between unbalanced and inadequate development and the people’s ever-growing needs for a better life.