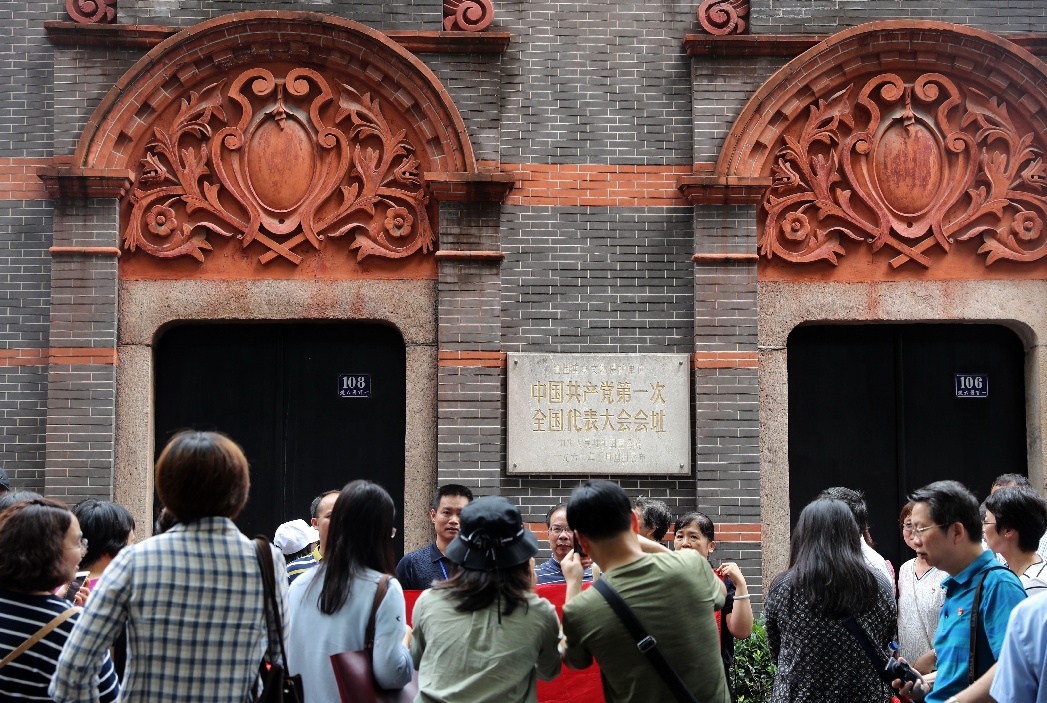 Visitors pose for a photo at the site where the first Communist Party of China (CPC) National Congress was held in 1921, in Shanghai, east China, June 27, 2019. (Xinhua/Liu Ying)

BEIJING, July 1 (Xinhua) -- China, under the effective leadership of the Communist Party of China (CPC) which marks its 98th anniversary on Monday, has become a key major force in upholding multilateralism and improving global governance, and received widespread support, party representatives and experts worldwide have said.

"Its success in bringing China into a leading role in the world economy has also re-established the principle that the world can no longer be governed by a single model of development, but must take into consideration the diversity of cultures and customs which compose our world," he said.

"It has given new meaning to the concept of win-win cooperation in the areas of economics, social policy, culture and science as well as in the area of global governance," Jones said.

Pinij Jarusombat, chairman of the Thai-Chinese Cultural and Relationship Council, said that China now plays a significant role in international organizations and mechanisms such as the Group of 20 major economies, the Asia-Pacific Economic Cooperation forum and the Shanghai Cooperation Organization, and is an important force in promoting world peace and stability.

Adnan Akfilat, head of the Turkish-Chinese Business Development and Friendship Association, said that globalization should be multi-polared. Akfilat also said that China upholds a global governance approach featuring extensive consultation, joint contributions and shared benefits, fair growth opportunities for the emerging economies and win-win results for countries under the framework of multilateralism.

When commenting on China's efforts, experts also highlighted the Belt and Road Initiative (BRI) that China proposed in 2013 in a bid to promote global development and peace.

The initiative, which consists of the overland Silk Road Economic Belt and the 21st Century Maritime Silk Road, is aimed at building trade and infrastructure networks connecting Asia with Europe, Africa and beyond.

Lucio Blanco Pitlo, a lecturer from the Chinese Studies Program at Ateneo de Manila University in the Philippines and research fellow at the Asia-Pacific Pathways to Progress Foundation, said that the BRI "can contribute to global connectivity, trade facilitation and people-to-people ties."

It is an unprecedented project as it provides a comprehensive solution that not only addresses trade, but also takes into account social, cultural and economic issues, he said.

In the opinion of Francesco Maringio, a China expert and head of the foreign affairs department of the Italian Communist Party (ICP), the Belt and Road is a very effective way for the world to avoid the risk of a new Cold War.

When attending the second Belt and Road Forum for International Cooperation in China earlier this year, he felt clearly China's aspiration to build a permanent platform for dialogue, involving both individuals and institutions to make the world more balanced, he said, adding that China shall continue to promote connectivity and economic integration, and safeguard global peace and stability.