China’s electric bike manufacturers have targeted the booming transport sector abroad to offer a cleaner alternative for getting around. 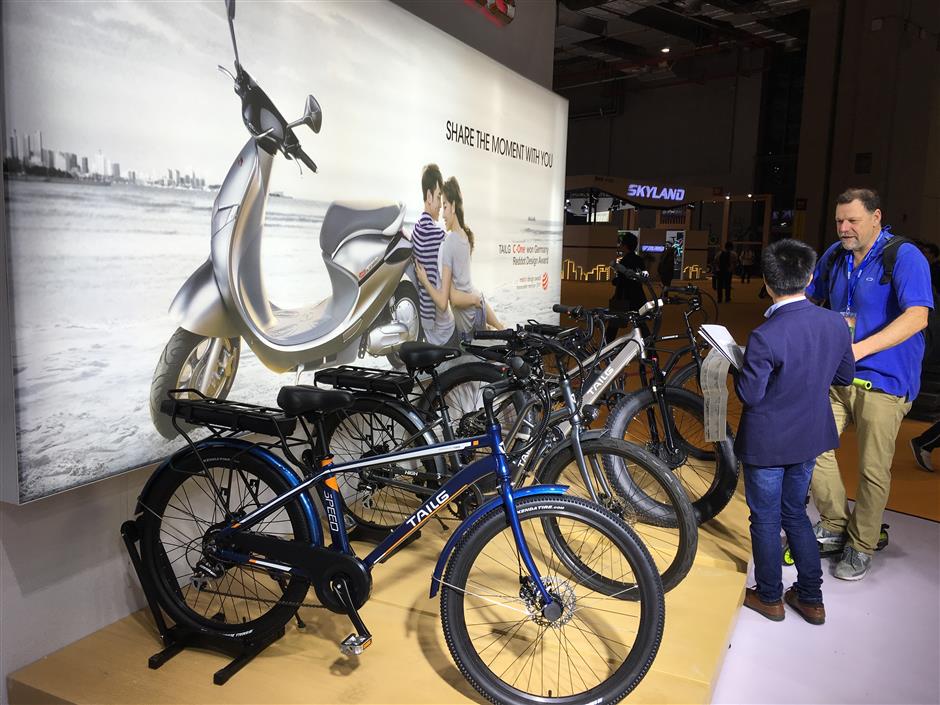 A foreign visitor checks out Chinese-made electric bikes at the 2018 China International Bicycle Fair in Shanghai on Monday. (Photos: Shine.cn)

TailG, a Shenzhen-based company that makes electric bikes, scooters and motorcycles, has become a partner with the United Nations Environment Program to offer electric bikes to eight nations in a trial operation, including Kenya, Uganda, Rwanda and the Philippines.

The manufacturer has also been invited to establish factories or trade companies abroad to export their products, especially to African countries, the company announced on Monday at the 2018 China International Bicycle Fair in Shanghai.

China became the world’s largest manufacturer and consumer of electric bikes by the end of 2017, Ma Zhongchao, director with the China Electric Vehicle Association, said.

Over 700 manufacturers in China are producing 33 million electric bikes annually, far exceeding domestic demand, Ma said on the sideline of the fair. It is an inevitable trend for Chinese-made e-bikes to go abroad, he added. 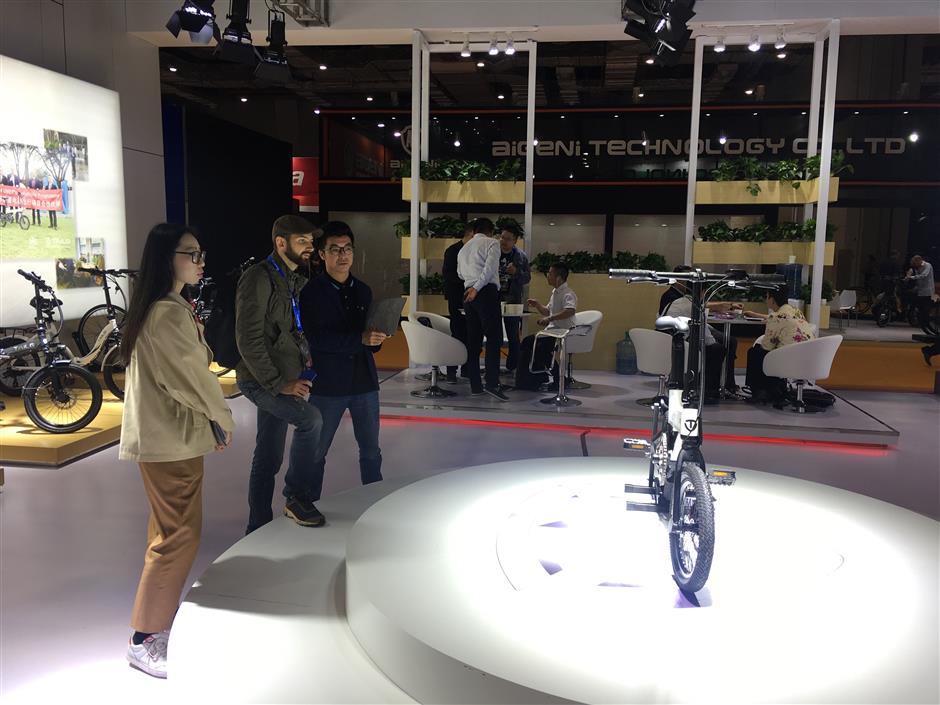 Visitors check out a Chinese-made electric bike at the 2018 China International Bicycle Fair in Shanghai on Monday.

Over 100,000 people, including retailers and manufacturers from around the world, are expected to take part in the fair which will run through Wednesday at the National Exhibition and Convention Center in Shanghai.

Pralea Alina, manager of the Itineratour, a Romanian travel company that rents electric bikes to tourists, said that Chinese-made electric bikes are both of great quality and reasonably priced.

“Europeans are also concerned about pollution issues and are looking for cleaner alternatives for transportation,” she added.

China's Belt and Road Initiative has created a big opportunity to export electric bicycles, and demand is also growing in Germany, France, India, Vietnam, and other foreign markets.