China has become the world's second largest economy with profound changes in its economic structure, according to reports issued by the National Bureau of Statistics (NBS).

The industrial structure continues to improve, and three industries jointly developed, according to the reports.

China's industrial structure has undergone profound adjustment. Strategic adjustment, transformation and upgrading of the economic structure are accelerated. The development of three industries significantly balanced. The share of the service sector underwent a substantial increase, playing a stabilizing role for economic growth. 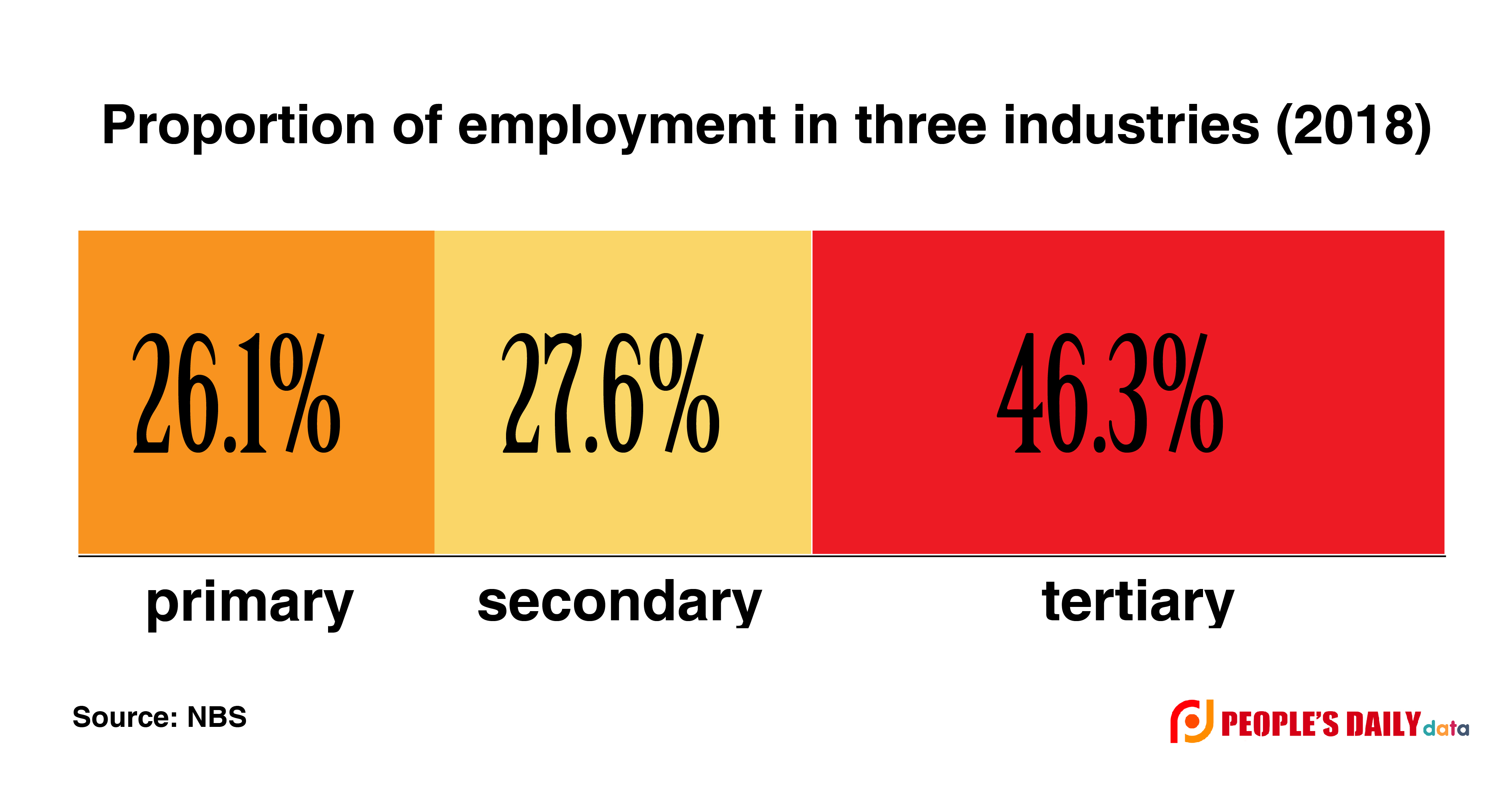 In 2018, the value-added of the high-tech manufacturing industry accounted for 13.9 percent of the industrial enterprises above the designated size, which was 6.9 percentage points higher than that in 1995.

In 2018, rental and business services, information transmission software and information technology services accounted for 5.2 percent and 6.9 percent of the value added of tertiary industry, respectively, and express delivery reached 50.7 billion units, a 26.6 percentage increase from the previous year.