China's foreign trade volume jumped 9.9 percent year-on-year to 22.28 trillion yuan in the first three quarters of this year, data from the General Administration of Customs show. 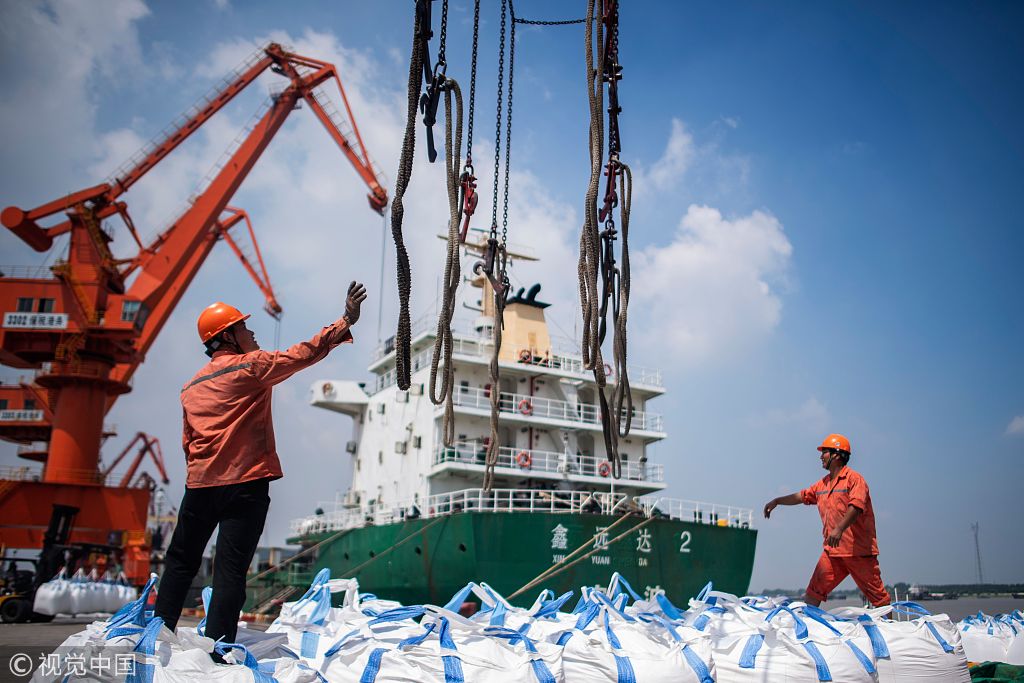 In the meantime, the country's trade surplus reached 1.44 trillion yuan, shrinking by 28.3 percent on a year-on-year basis.

The import of major bulk commodities increase in both volume and price in the first three quarters of this year.

Imports of iron ore and soybeans dropped by 1.6 percent and 2 percent year-on-year to 803 million tons and 70.01 million tons, respectively.

The direct impact and indirect influence caused by ongoing trade frictions between China and United States on China's overall foreign trade is controllable, said the General Administration of Customs.

Li Kuiwen, the GAC's spokesman, said the encouraging performance of China's foreign trade during the first three quarters of 2018 laid a solid foundation for the whole year's trade perspective, pushed by the fast growth of private companies and diversified trade channels with more emerging economies, in particular those related to the Belt and Road Initiative such as Russia and Poland.

He warned that the trade growth for global goods will continue to face challenges as Sino-US trade frictions have been escalating and other instable factors still exist caused by a number of economic uncertainties worldwide.