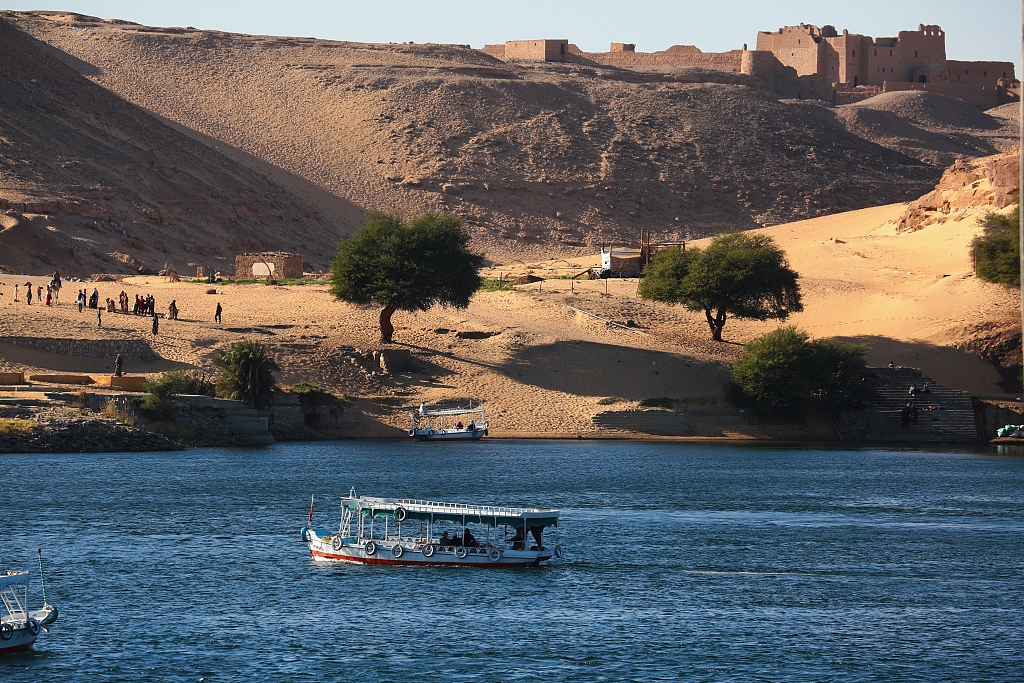 The stations, with an output of 186 megawatts, are part of the giant Benban Solar Plant which is expected to be completed by mid-2019.

The Benban Solar Plant, after its completion, aims to generate up to 2 gigawatts of utility-scale solar capacity through a total of 40 projects.

Lynn Xia, TBEA's vice president of overseas business, told Xinhua that the plant is going to be one of the largest in the world.

"The responsibility is on our shoulders because we are the ones who deliver the work here," Xia said, adding that the project is TBEA's first in Africa.

TBEA Sunoasis Company is a major global green and smart energy service provider with business in more than 20 countries. It is devoted to achieving sustainable development of human society with the use of smart, efficient and green energy.

Governor of Aswan Magdy Hegazy, who attended the project's inauguration ceremony, said the total investment of the four stations is 180 million US dollars.

The Benban Solar Park, about 650 km south of Cairo, is financed by a number of global funding agencies and banks, including the the Asian Infrastructure Investment Bank and the Industrial and Commercial Bank of China.

The solar plant, which occupies an area of 37 square km, will help Egypt increase its use of renewable energy to 22 percent of all domestic energy use by 2020.

The project is estimated to help reduce global greenhouse gas emission through cutting more than half million tons of carbon dioxide annually.