AIN SOKHNA, Egypt, Aug. 28 (Xinhua) -- China's giant fiberglass corporation Jushi celebrated on Tuesday the completion of the production base of 200,000 tons of fiberglass by its branch in Egypt's Ain Sokhna district of Suez seaside province northeast of Cairo. 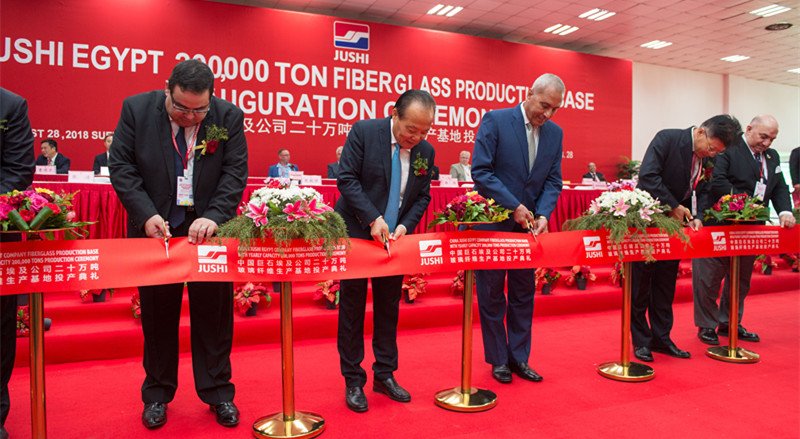 China's giant fiberglass corporation Jushi celebrated the completion of the production base of 200,000 tons of fiberglass by its branch in Egypt's Ain Sokhna district of Suez seaside province southeast of Cairo on Aug. 28, 2018. (Photos: Xinhua)

In a ceremony attended by senior Chinese diplomats and Egyptian officials, Jushi Group's Chairman Zhang Yuqiang said that the leap in fiberglass production made by Jushi Egypt was "miraculous" as it started with an annual production of 80,000 tons in 2014.

"Jushi Egypt has completed an investment of more than 600 million U.S. dollars. It is currently the largest industrial manufacturing project invested by China in Egypt with the largest amount of investment, the most advanced technology and equipment, and the fastest construction speed," Zhang told the attendees. 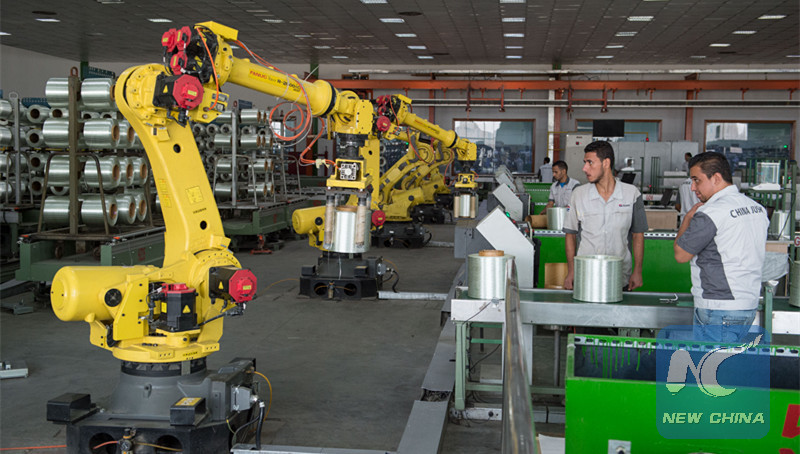 Egyptian workers are seen at the workshop of China's Jushi 200,000 tons fiberglass production base in Suez Governorate, Egypt, Aug. 28, 2018.

"Jushi Egypt is the world's largest fiberglass production base outside of China and is also the only such base in Africa, filling the gap in the African continent's fiberglass manufacturing industry," said the Jushi chief.

He added that Jushi Egypt fiberglass production base is not only a milestone for China Jushi's "go out" strategy, "but also an important achievement and a successful example of economic cooperation between China and Egypt."

Jushi Egypt is a tenant of China's TEDA, one of the oldest and largest industrial developers in the Suez Canal Economic Zone (SCZone) that is developing an area of 7.23 square km in the region. 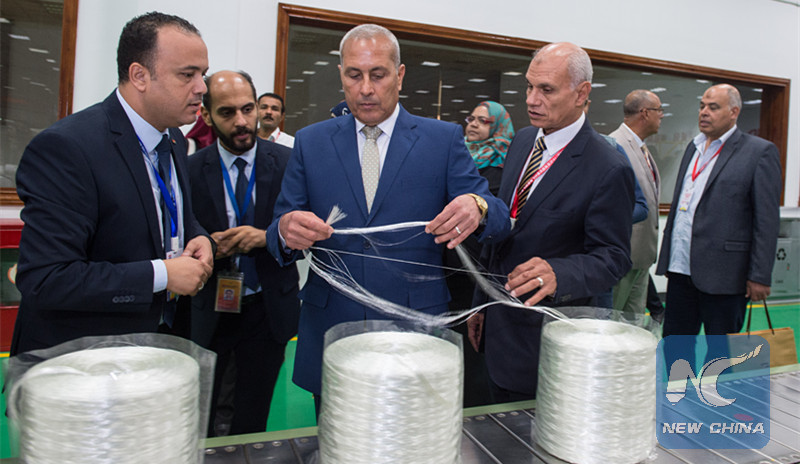 Egypt pays a great interest in China's Belt and Road Initiative aimed for economic cooperation among tens of states around the globe via the revival of ancient land and sea trade routes through infrastructure projects.

For his part, Suez Governor Ahmed Hamed referred to his province as one of the "castles" of Egyptian-Chinese economic and commercial cooperation. 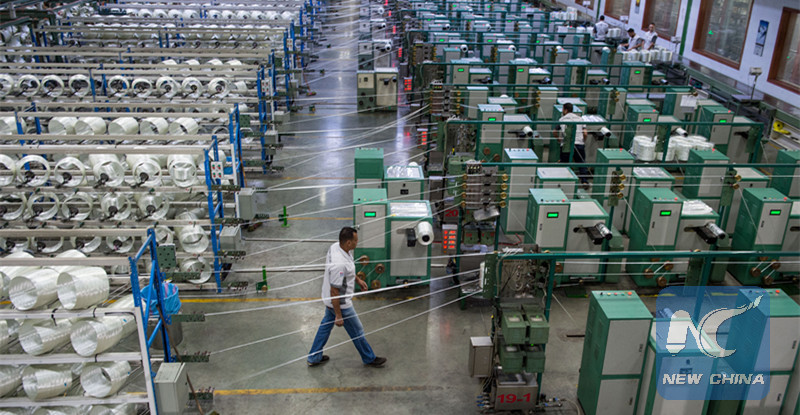 An Egyptian worker is seen at the workshop of China's Jushi 200,000 tons fiberglass production base in Suez Governorate, Egypt, Aug. 28, 2018.

The Egyptian governor hailed his country's cooperation with China that resulted in China's TEDA economic and industrial area in Ain Sokhna, as well as the Chinese various projects in Egypt in the fields of energy, waste recycling, light rail transits, communications and information technology.

"Jushi Egypt for Fiberglass Industry is one of the most important results of economic cooperation between the governments of Egypt and China and one of the largest Chinese investments on the Egyptian soil at present," Hamed said.