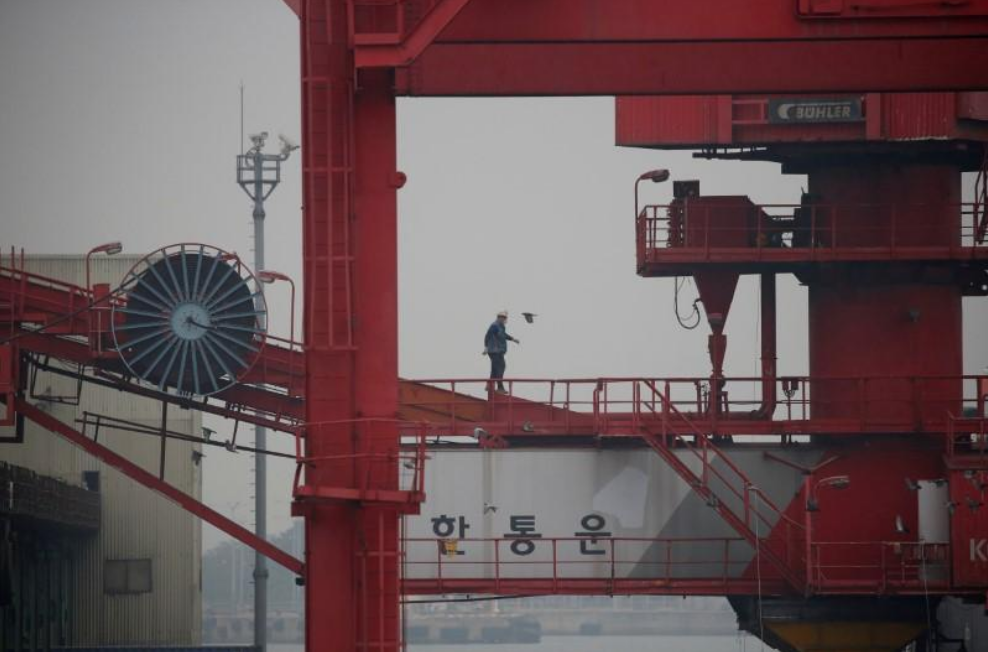 FILE PHOTO: An employee walks on a crane at a container terminal at Incheon port in Incheon, South Korea, May 26, 2016. REUTERS photo

In the first eleven months in 2017, trade between the two countries was $253.7 billion, up 12.1 percent year-on-year, according to China Customs data.

South Korea's trade ministry said Monday it will hold talks with China to expand the scope of the two countries' FTA to the service and investments sector to create new business opportunities for local companies in the tourism, cultural, legal and medical industries, South Korea's Yonhapnews agency reported.

Exports from China to South Korea in 2017 shifted gears as shipments of fruits, vegetables and meat increased, with fewer agricultural and sideline products, data from the Korea Rural Economic Institute (KREI) showed Monday.

As of mid-December, there were 63,000 Korean-funded projects in China worth more than $71.6 billion. Both countries are developing a strategy to jointly cooperate on the Belt and Road initiative to facilitate investments and to create more space in international capacity.

According to KREI's analysis of figures from the Korea Trade Statistics Promotion Institute, South Korea imported $3.62 million worth of agricultural, forest and livestock products from China in the first ten months last year, 1.8 percent less than the average prior to the start of the FTA.

Imports grew 12.6 percent to $634 million for fruits and vegetables, while those for processed foods rose by 21.9 percent to $963 million.