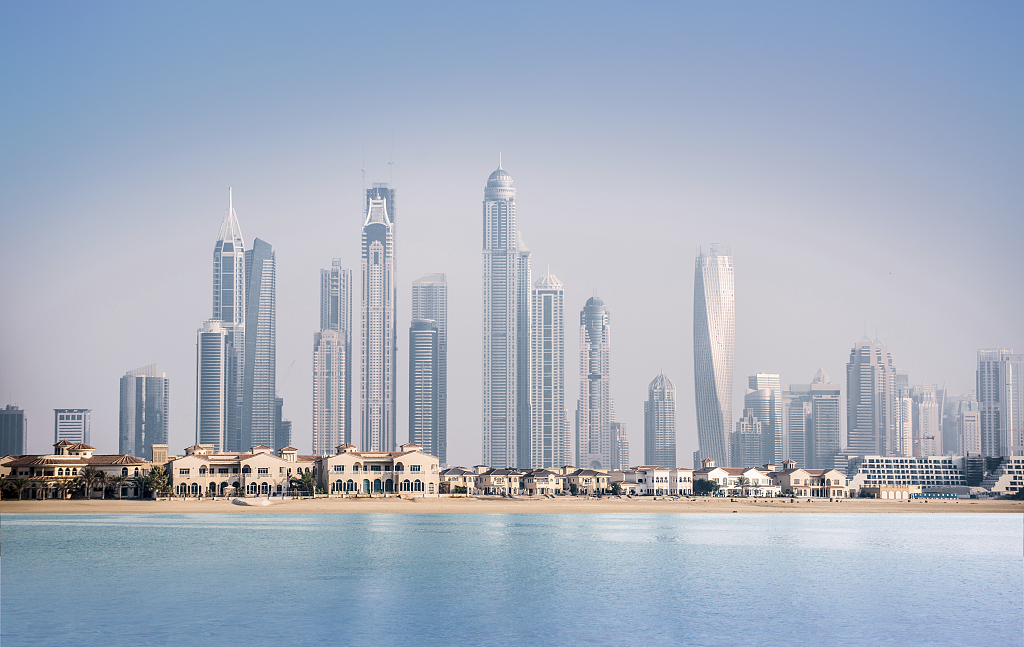 The decline of the home-buying fervor in China, as evidenced by some statistics, is not tantamount to a housing recession.

Behind the confident hopefulness is the still-unrivaled position of homes in Chinese families' asset portfolios, the nation's push for more balanced regional development, and a switch to an internet-centric mindset among property developers and realtors that would inject more rationality into property transactions.

Property investment seems to have lost its luster in the world's second-largest economy, where real estate has long been considered one of the best investment options. This has stirred up concerns over whether the housing market, one of the pillar sectors of the economy, will languish to an extent that will put economic growth at risk.

The simmering trade woes that weigh on the economy have apparently fanned such concerns.

A CNBC article published in August 2018 even said that the property market - not the trade war - might be China's biggest risk over the next 12 months, citing Larry Hu, head of Greater China economics at Macquarie Group.

In a sign of a cooling property market, many listed developers have lately disclosed thinner profit margins for the first half of the year.

Data from Centaline Property Agency showed on Monday that 128 real estate firms listed on the Chinese mainland market posted 100.4 billion yuan ($14 billion) in net profits in the first half - or a net profit ratio of 10.5 percent, a moderation from 11 percent during the same period of last year.

Nearly 45 percent of listed real estate firms recorded a decline in profits in the first half, year-on-year.

Nationwide marketing campaigns have been launched by major developers, including Evergrande Group, to appeal to homebuyers. These seemingly point to market sluggishness due to a sea of property curbs.

Another sign of a decline in the property market is that growth in residential mortgage loans has been following a downward trend.

Banks will set mortgage loans based on the new LPR starting from October 8, the People's Bank of China, the country's central bank, announced in late August. The rate on mortgage loans for first-time homebuyers is not allowed to be lower than the LPR, and the rate on loans for second-time homebuyers can't be lower than the new reference rate plus 60 basis points, per the central bank.

Although the five-year LPR was set at 4.85 percent on August 20 - still below the five-year benchmark lending rate of 4.9 percent - the new rule for mortgage loans will arguably push up the cost of buying second homes. The LPR reading will remain effective until the 20th day of the next month. Basing home loans on the LPR that mandates a floor on lending also means banks in smaller cities, which could opt not to ask for a higher rate on second-home mortgages, will have to set the mortgage rate at a minimum of the LPR plus 60 basis points.

But will China's housing market, which has for years continued its growth momentum despite multiple rounds of property-cooling measures, be heading for a deep stall? I'd bet the answer is still no.

The clampdown on speculative property investment is not intended to, and will not, shoot down the market. The property sector will continue playing a big part in the economy, and government coffers' reliance on land sales will not be changed in the foreseeable future.

That Chinese families are still intent on home-buying, if they can afford it, also suggests it is more likely the case that the property market is correcting itself to a more sustainable pace.

A dramatic example of the property-centric investing mentality is a residential building in Shenzhen, South China's Guangdong Province. The building tilted and collapsed in late August, but nevertheless turned out to be an instant boost for home prices in the neighborhood. Within hours of the disaster, owners of homes in the collapsed building hiked prices by roughly 20 percent, betting that buyers would be forking out extravagantly in the hope that the estate would be redeveloped. Homes near the building are also now in high demand.

Additionally, the nation's push for more balanced growth across different regions of the country will rev up local economies, thereby underpinning local housing markets in light of the resulting growth in jobs and various other investments. In a fresh move, a plan for six free trade zones - located in the provincial-level regions of Shandong, Jiangsu, Guangxi, Hebei, Yunnan and Heilongjiang - was announced at the end of August.

Last, but just barely least, a shift toward the internet-based approach to property transactions is set to increase transparency in the market and facilitate real estate deals.

While the internet has prevalently been used to collect information for rental and home purchases, estate agents and sales centers are still relied upon to finalize the deals. This is the case particularly with new-home sales, which take the lion's share of the nation's property sales.

There is still a way for the nation, the world's largest e-commerce market, to re-anchor its housing market on the internet in its entirety. This means tremendous room for growth, however.

There has already been progress in this regard. China's Craigslist-like classifieds site 58.com unveiled a platform for new homes known as the Prime Multiple Listing Service (PMLS) in late August, in partnership with property-consulting firm WorldUnion and property-service platform Tospur.

Over 3,500 new real estate programs have been listed on the platform, and more than 40,000 real estate broker outlets across the country have subscribed to the service, according to 58.com. At an event in Beijing announcing the PMLS, Yao Jinbo, CEO of 58.com, set the goal of facilitating property sales of 3 trillion yuan over the next three years through the platform. The number, described by Yao as merely "a small goal," apparently indicates there is huge potential to be tapped to clinch property deals via the internet.

As such, the property sector is unlikely to face a hard landing and neither is the economy.