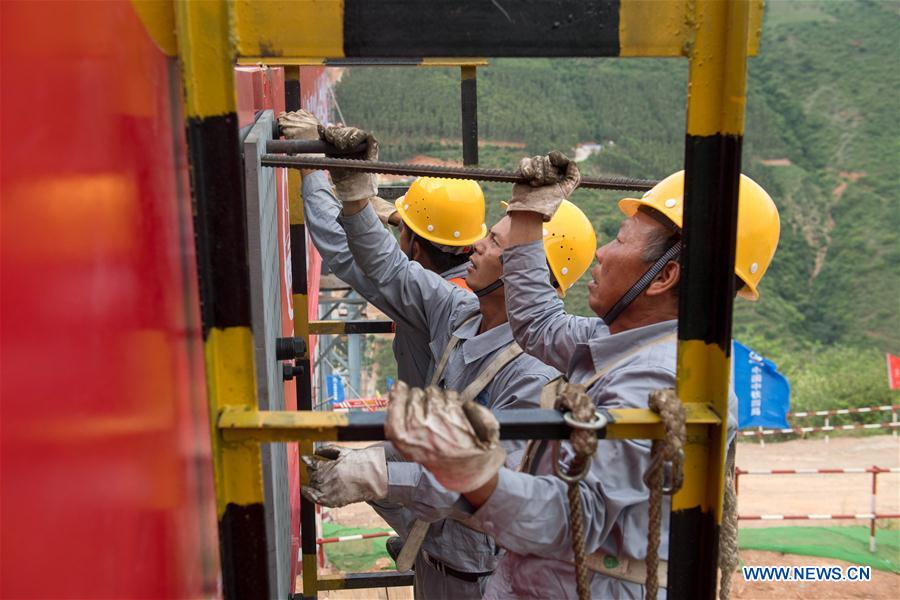 Workers install a steel girder as they build the bridge across the Yuanjiang River for the China-Laos Railway project in Yuxi, southwest China's Yunnan Province, June 22, 2018. (Photos: Xinhua)

The bridge will be 237 meters above the Yuanjiang River and will stretch across a V-shaped valley region with a gradient of about 70 degrees. Confronted with difficulties, Chinese engineers and workers still aim to set a few world records with little experience to draw from.

Upon completion, the Yuanjiang Railway Bridge will be 832.2 meters in length with six piers. At a height of 154 meters, Pier 3 will be the highest the world has ever seen. In addition, the bridge’s 249-meter deck-steel-truss main span will create another record in construction history.

To achieve that, engineers equipped strain gauges on bars to monitor the girder. Additional stays for each purlin also ensure the stability of piers and abutments. 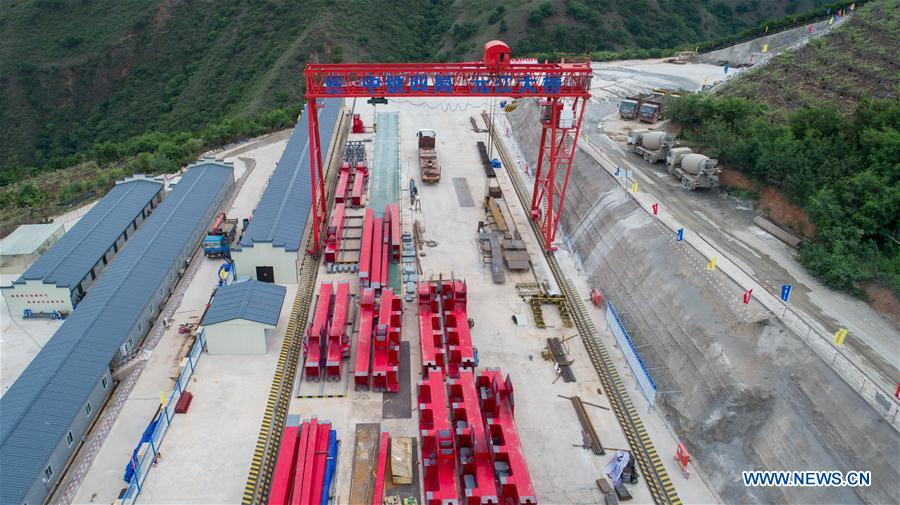 In this aerial photo taken on June 22, 2018, workers prepare steel girders for the construction of the Yuanjiang Railway Bridge in Yuxi, southwest China's Yunnan Province.

The significance of the bridge, however, goes further. It's being constructed to connect the north end of the China-Laos Railway, an important piece infrastructure that is part of the plan to build up the China-ASEAN free-trade area under the Belt and Road Initiative.

The China-Laos Railway is the first overseas project that is directly connected with China’s domestic railway network. Construction started in 2016 and it is expected to be fully operational in December 2021, with a designed speed of 160 km per hour.

At that time, passengers who board a night train in Kunming, capital of Yunnan Province, will arrive in Vientiane, Laos, the next morning. Domestic travelers in China will also benefit, as the Yuxi-Mohan Railway will reduce the travel time from Kunming to Xishuangbanna Dai Autonomous Prefecture to only about three hours.

Cover image: An aerial photo taken on June 22, 2018, shows construction workers lift a steel girder by crane as they build a bridge across the Yuanjiang River along the China-Laos Railway in Yuxi, southwest China's Yunnan Province.