BRI NEWS China's role in stability in Mideast and Africa

China's role in stability in Mideast and Africa

For the Middle East and Africa to benefit from globalization and technological change, there is an urgent need for concerted efforts to do away with protectionism and unilateralism by the world's largest economy, which is adding to the daunting security challenges such as terrorism, extremism, cybercrime and other threats by non-state actors. China's role in this regard is laudable. 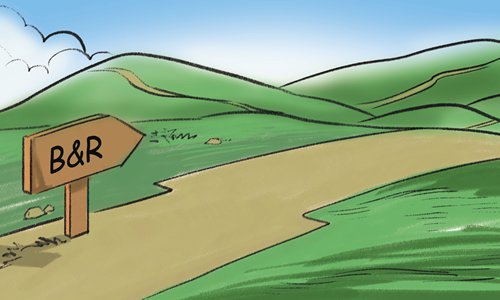 Plight of the Palestinians is inimical to regional stability. The conflict continues to be exploited by extremists and terrorist groups who aim at destabilizing the Middle East and beyond, regardless of the Palestinians' suffering. There is a growing international consensus that the status quo is untenable.

The road to peace is known to all. What we lack is the genuine political will to move forward.

If the Arab Peace Initiative is implemented, a just, comprehensive and final solution based on the two-state principle would create a new reality for the people of the Middle East, while undermining all pretexts exploited by the terrorists to justify their crimes. China's efforts in this context are valued.

China, as a major strategic global player and a permanent member of the UN Security Council, should continue to act as a builder of world peace and contribute to global development, while upholding the international order.

Beijing participated in global governance and promoted inclusive development, striving to create conditions and opportunities for all nations, especially developing countries. African nations in particular appreciate China for this.

It proposed the Belt and Road initiative (BRI) in 2013 with the aim to strengthen interconnectivity in the areas of policy, infrastructure, trade, finance and non-governmental exchanges with the goal of bringing benefits to all.

Many believe that the success of BRI depends on stability, security and poverty eradication in regions along the BRI. It also depends on restoring stability to countries like Afghanistan, Syria and Iraq which are along the historic Silk Road, while Yemen, Somalia, Palestine, Libya and the Sahel Region of Africa which are adjacent to the 21st Century Maritime Silk Road.

To ensure success of BRI, it is vital for Middle East and Africa to create an environment that sets up an equitable and transparent system of international trade and investment rules, and boost the orderly flow of production factors.

Such an environment would promote development-oriented liberalization and facilitation of trade and investment, under which nations could pursue innovation-driven development by intensifying cooperation in areas such as digital economy, artificial intelligence, nanotechnology and quantum computing, to advance the development of big data, cloud computing and smart cities, so as to turn them into a Digital Silk Road of the 21st century.

China, along with Middle Eastern and African countries should build the Educational Silk Road and the Health Silk Road, and carry out cooperation in science, culture, and people-to-people exchange.

We must ensure that terrorism does not pose any threat anywhere along the BRI, mainly to China and Egypt's strategic and mutually reinforcing projects, and the development of the Suez Canal Economic Zone, and guarantee secure and sustainable international trade.

Genuine sustainable development is essential for Africa. No developing or least developed country would succeed without effective public and private partnerships from the developed world and international financial institutions, including the Asian Infrastructure Investment Bank in which China is playing a pivotal role as the largest shareholder.

These partnerships, with China in the driving seat, should focus on unleashing the enormous potential, resources, and comparative advantages of people in the Middle East and Africa, through substantial investments and finance for green development which promote entrepreneurship, human and technological capacity, and sustainable growth.

Africa commends China for defining the characteristics of its international development model or what some have described as the Beijing Consensus, which includes investment-led rather than foreign-aid-based development; resource for infrastructure swaps instead of aid, and a vital focus on technology transfer, investments in human resource development, and capacity-building projects in order to ensure the sustainability of Africa's development projects.

Sustainable and affordable quality infrastructure for all is an African priority essential for the success of the BRI. Empowering Africa's private sector, including SMEs, to maximize finance for development should be geared to effectively contribute toward achieving not only a sustainable climate-friendly growth, but also an inclusive one, thereby harnessing BRI as a catalyst for reducing inequality, advancing shared prosperity, and contributing to the stability of the African Continent.