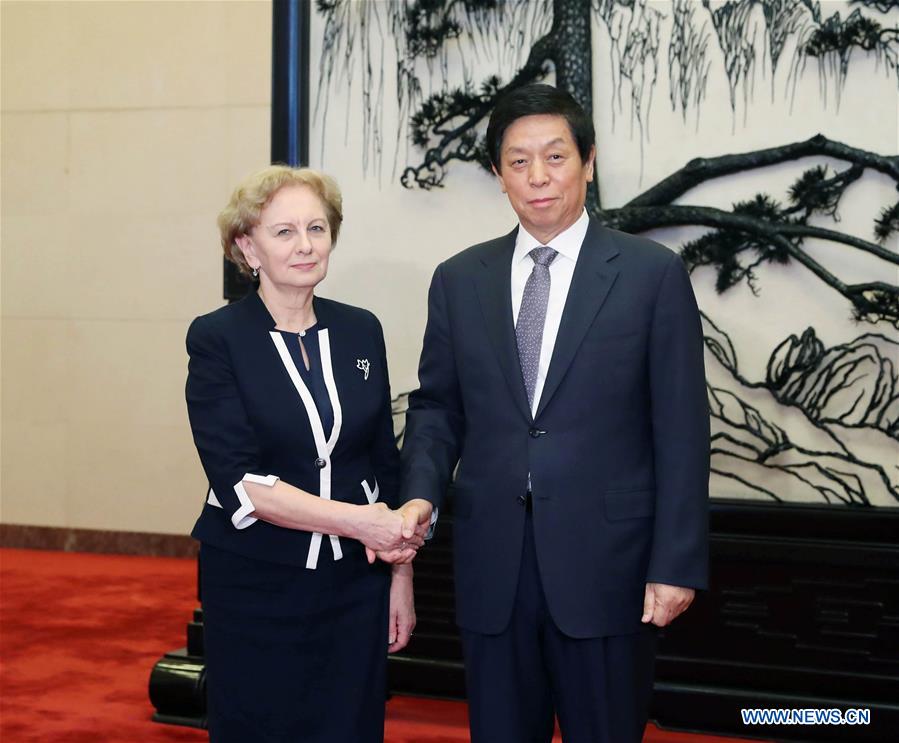 Li, chairman of the Standing Committee of the National People's Congress (NPC), thanked Greceanii for her congratulations on the 70th anniversary of the founding of the People's Republic of China (PRC) and applauded Moldova's resolute support of China's core interests and major concerns.

He said the great achievements in economic and social development China has made over the past 70 years owe to the leadership of the Communist Party of China.

Li said the NPC is ready to work with the Moldovan parliament to enhance exchanges and cooperation, conduct mutual learning in legislation, supervision and governance, provide legal guarantees and support for the joint construction of the Belt and Road and economic, trade and investment cooperation, and promote local and non-governmental exchanges.

Greceanii said Moldova attaches great importance to relations with China and is willing to participate in the building of the Belt and Road.