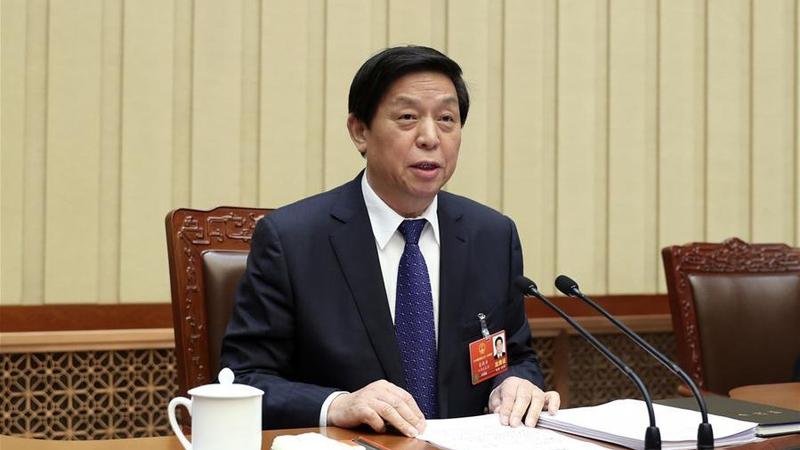 In this March 18, 2018 photo, Li Zhanshu, executive chairperson of the presidium of the first session of the 13th National People's Congress (NPC), presides over the 10th meeting of the presidium at the Great Hall of the People in Beijing, capital of China. (Photo: Xinhua)

Li, chairman of the Standing Committee of the National People's Congress (NPC), made the remarks during a meeting with Uruguay's Vice President Lucia Topolansky, also president of the General Assembly and president of the Senate.

He said the bilateral relations have entered the best period in history since Chinese President Xi Jinping and Uruguayan President Tabare Vazquez jointly announced to establish the strategic partnership between the two nations in 2016.

Noting that Uruguay is the first country of the Southern Common Market to sign a Memorandum of Understanding with China to jointly promote the construction of the Belt and Road Initiative, Li said the two countries faced new opportunities to enhance relations.

He called on China and Uruguay to jointly safeguard multilateralism and the free trade system as well as protect the common interest of developing countries.

China's NPC stood ready to work with the General Assembly of Uruguay to strengthen friendly exchanges, he said.

For her part, Topolansky said Uruguay was willing to actively participate in the Belt and Road construction and promote bilateral ties.