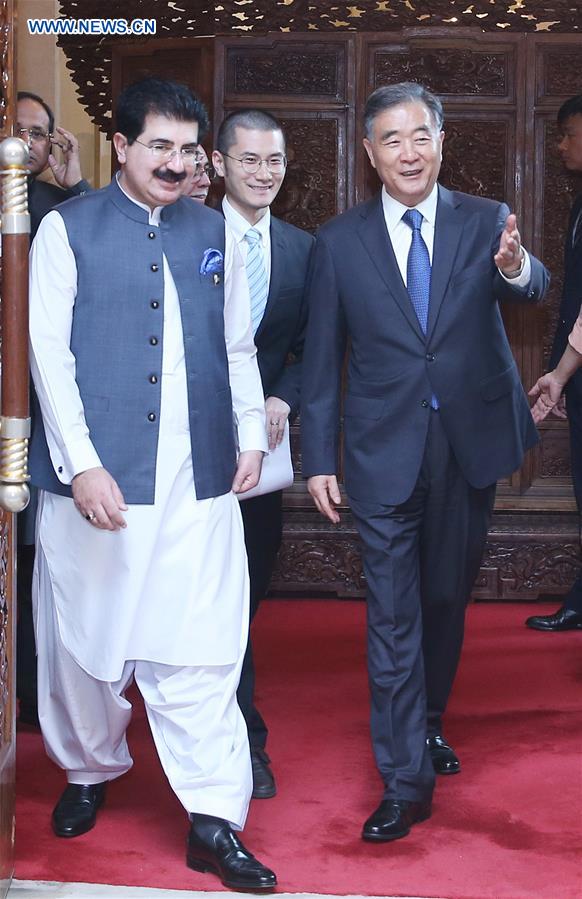 "China and Pakistan have always been good neighbors, friends, partners, and brothers no matter how the international environment and their domestic situations change," said Wang, chairman of the National Committee of the Chinese People's Political Consultative Conference (CPPCC).

He hoped the two sides would implement the important consensus reached by their leaders, maintain their tradition of frequent high-level visits, and firmly support each other on issues concerning respective core interests and major concerns.

Wang called on the two countries to expand their security, economic and trade cooperation, boost people-to-people exchanges, accelerate construction of the China-Pakistan Economic Corridor within the framework of the Belt and Road Initiative, so as to enrich their all-weather strategic cooperative partnership.

The CPPCC stands ready to have more exchanges and cooperation with Pakistan' Senate and advance the two countries' governance experience exchanges, to contribute to the China-Pakistan community of a shared future, Wang added.