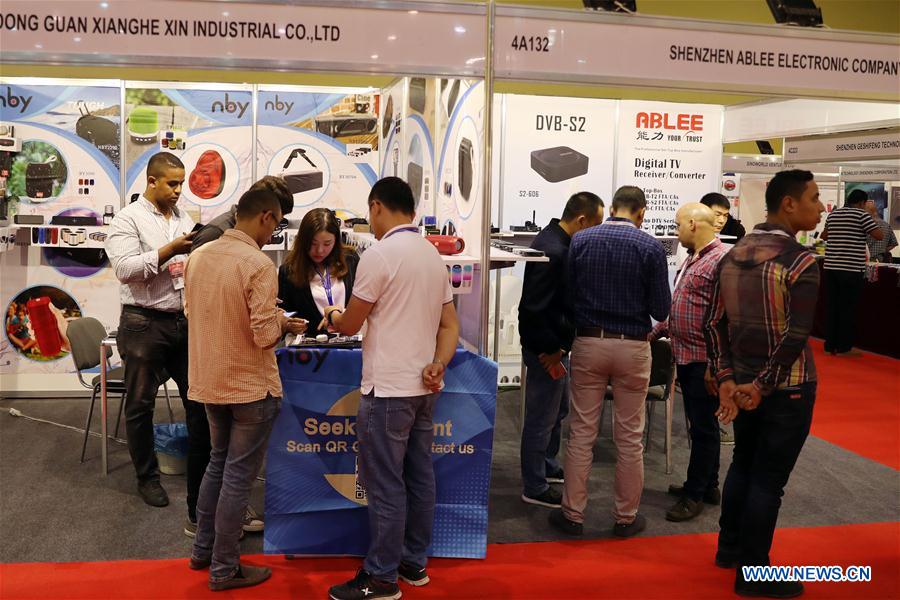 "It is an honor for the Egyptian parliament," al-Sherif said during an exclusive interview with Xinhua.

Wang, chairman of the National Committee of the Chinese People's Political Consultative Conference, will pay official visits to Egypt and Oman from Nov. 10 to 16.

Al-Sherif said that during Wang's visit, both sides will focus on the role of state institutions to further activate relations and enhance cooperation between the two countries.

"They will also discuss the most important legislations that are meant to increase Chinese investments in Egypt, as well as encouraging Egyptian exports to the Chinese market," the Egyptian legislator said, stressing the keenness of the Egyptian parliament to strengthen the strategic relations with China.

Al-Sherif highly appreciated the Belt and Road Initiative (BRI) as a major project that aims at raising global development rates and serving the interests of all countries of the world.

He pointed out that Egypt is actively participating in the BRI and is keen to provide all necessary facilitations to ensure the success of the initiative.

"The Suez Canal, for its strategic location, is very important and can be a key player in the success of the BRI," he added.

China and Egypt upgraded their bilateral relations in 2014 to a comprehensive strategic partnership, opening up a broader space for cooperation between the two countries.

In 2016, the bilateral relations received another push as the two countries signed a five-year document to further their relations.

Trade between Egypt and China hit 13.8 billion U.S. dollars in 2018. The number of Chinese companies operating in Egypt has exceeded 1,600 with a total investment of about 7 billion dollars, creating about 30,000 jobs for local Egyptians.