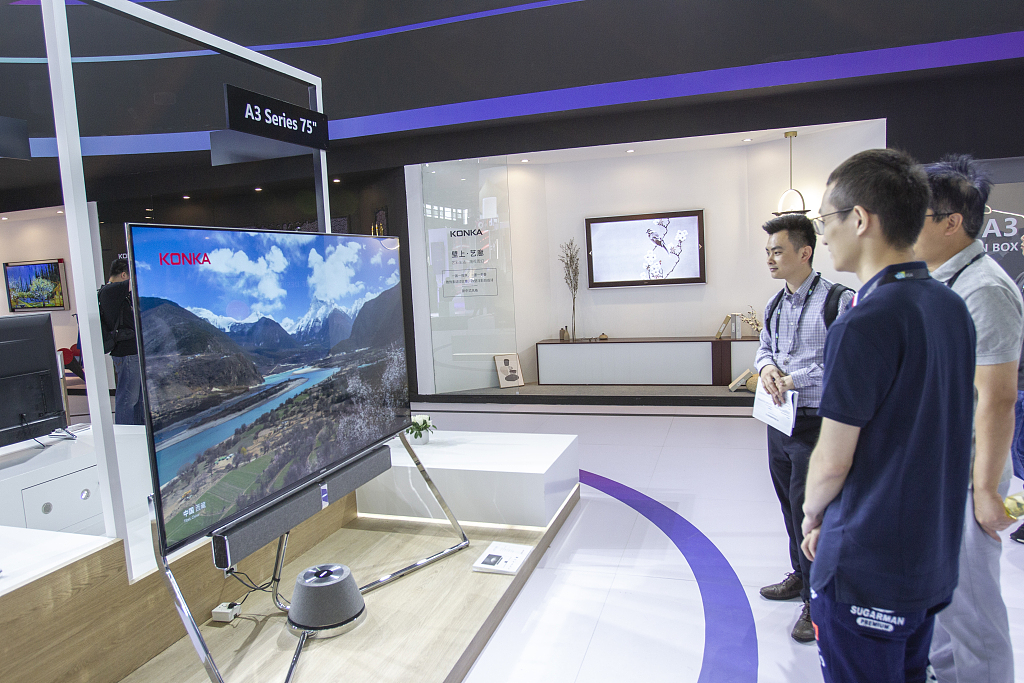 BENI SUEF, Egypt, Aug. 23 (Xinhua) -- Beside a round table inside an Egyptian factory of a leading Chinese electronics manufacturer sat an Egyptian human resources manager with a group of fresh graduates who are seeking jobs in the factory.

"Any employee is subject to a one-week trial for training on the tasks to be carried out in the factory," said Kalifa Salama, who has been working in the factory for almost a year.

"All the workers are taking continuous training courses ... and some are travelling to China to improve their proficiency when necessary," he noted.

Located some 124 km south of the Egyptian capital of Cairo, the factory is owned by Konko Technologies Co., a joint venture of China's TV manufacturer Konka Group and Egypt's HOHO Electronical & Furniture Co., an independent Egyptian brand established by Chinese businessmen in 2012.

"Firm measures are applied for safety and security inside the factory for all the workers. There are five specialists who are constantly examine all parts of the factory to correct any mistakes or orders," said Salama.

Even the production line could be stopped for a time when any tiny mistake appears, Salama added.

As the factory is becoming increasingly famous, a large number of people from different provinces in Upper Egypt want to join, the human resources manager noted.

Despite the use of high-quality materials, the price of a Konka TV is 5-10 percent cheaper than other foreign brands, he noted.

The factory employs about 600 people most of whom are Egyptians, he noted.

According to Zhang, many Egyptians join the factory as its wages are higher than the regional average.

Mohamed Abdel Ghafar, a 22-year-old graduate of an oil institute, said Konka has a good reputation for offering "good health and social conditions" for its workers.

Encouraged by his cousin who is a quality controller in the factory to apply for a job there, Ghafar hailed the training in the factory "very beneficial and serious."

Abdullah Hussein, an accountant who was employed by the factory six months ago, said he learned how to solve problems and develop himself continuously after joining Konko.

"The factory started with a limited number of workers and technicians. With discipline and seriousness, the demands on our products increased," Hussein said.

"The work in the factory is stable and the workers feel very secure with fixed income," added the Egyptian worker who was newly married and had a baby.

However, Konka's market share in Egypt is less than 10 percent, he said, adding his company plans to achieve an annual production capacity of 1.6 million LED TV sets in the future.

"We are now building three new factories, which are expected to be completed and put into production in December this year," the Konka deputy director noted.

"After the completion of the new factories, we expect the annual output of energy-saving LED lamps to increase to more than 10 million units, and electric kettles to 5 million units," he said.