BEIJING, March 5 (Xinhua) -- Experts worldwide are following closely China's annual Two Sessions, a window to help them understand where the world's second largest economy is heading and what it means to the world. 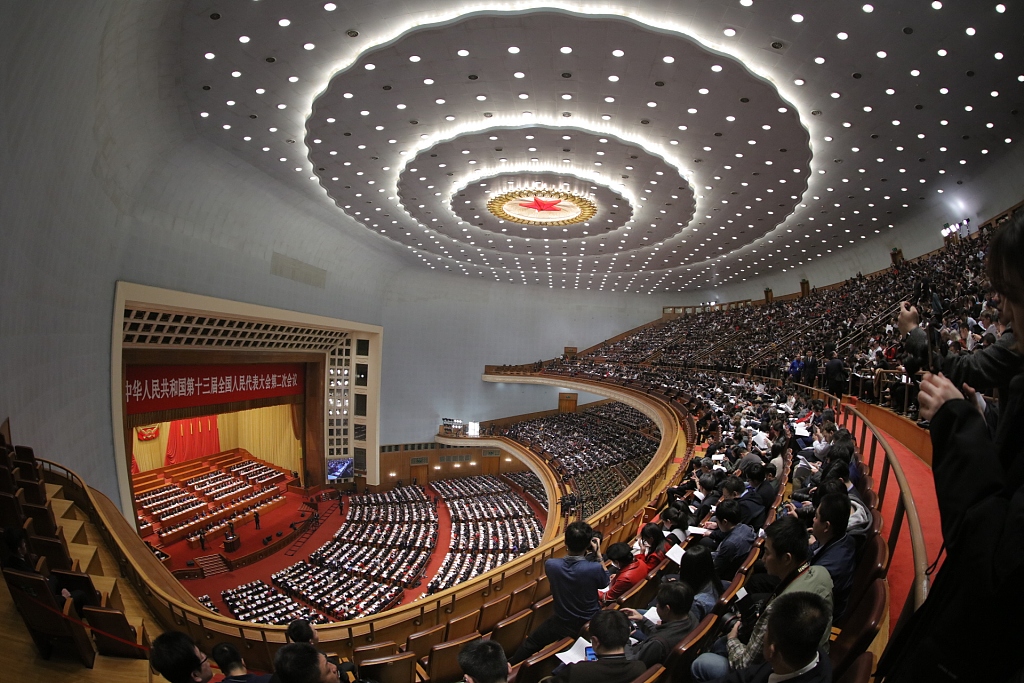 "Their annual meetings are important because they shed light on the future direction of the country's economic and social policies," said Khairy Tourk, an economics professor at the Stuart School of Business of the Illinois Institute of Technology in Chicago.

He said the new policies matter much to China's growth as well as its economic ties with both Western and developing nations.

One of the focuses is a draft law on foreign investment that has been submitted for a third reading at the legislative session.

The draft law addresses "many of Western concerns such as bolstering the protection of intellectual property and making it easier for foreign firms to do business in China," Tourk said.

Sotiris Petropoulos, an assistant professor at the Department of Political Science and International Relations at University of the Peloponnese in Greece, echoed Tourk's opinion.

He said the draft law, once passed, is expected to decrease barriers to foreign investment and render foreign companies' operations within the country easier and more balanced than before.

According to Craig Allen, president of the US-China Business Council, China is looking to a bigger role of foreign investment in its growth, which is a longtime engine driving the global economy.

"I think that the Chinese leadership is very wise, and that they realize that market-oriented competition will lead to greater growth. And one way to spur that growth is to allow foreign companies to play a stronger role in China," Allen said.

"And so it makes sense, from an economic perspective, to welcome that foreign investment," he said.

Much attention was also paid to the China-proposed Belt and Road Initiative (BRI), an international cooperation platform for common development that has brought tangible benefits to many other countries since 2013.

"The Belt and Road Initiative is inclusive and offers the greatest opportunity for both investment and development in decades," commented Keith Bennett, vice chairman of Britain's 48 Group Club, an advocate for closer Britain-China business relations.

"Its emphasis on infrastructure and connectivity lays the best possible foundations for promoting all-round, comprehensive economic development and improvement of people's livelihood in the future," he said.

Recalling his visit to Pakistan a year ago to study the China-Pakistan Economic Corridor, a major BRI cooperation initiative, he said, "I could see how the many projects in Gwadar and elsewhere were already benefiting the local people and how well Chinese and Pakistani people were working together and respecting each other."

In the eyes of Tourk, "the Chinese style of growth is an inspiration to many developing nations." "Through the BRI, many of these nations are fortunate to enjoy Chinese funding and know-how for the building of modern infrastructure and industrial economic zones," he said.

Ayad Al-Manaa, a political analyst and political science professor at Kuwait University, said BRI cooperation projects will support Kuwait's urban development and transformation into a financial and economic center, which are planned in Kuwait Vision 2035.

China, said Tourk, "is a major contributor to global growth" and a country "that has made the development of poor countries one of its top priorities."

"A growing Chinese economy is crucial to the prosperity in other regions of the world, especially in Asia and Africa," he added.

"The Chinese development has fascinated the world. It has made the country the workshop of the world," he said, noting that many developing nations "are grateful to China for its willingness to share its developmental expertise."

That view was shared by Mohammed Saqib, an Indian economist and secretary-general of India China Economic and Cultural Council, a nonprofit organization that works to enhance economic and cultural cooperation between the two countries.

"China will continue to play a very, very important role for industrialization of other backward or developing countries," he said.

"China is such a large, big economy and it has become an intrinsic part of so many countries' life that if China grows, everybody grows," he added.