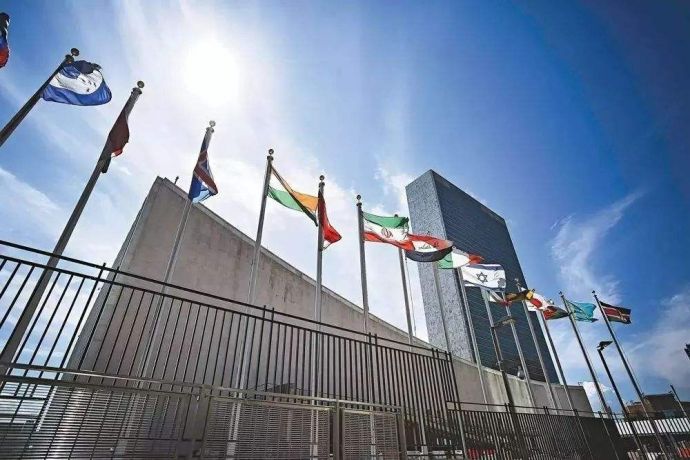 The building of the United Nations. (Photo: Xinhua)

New York (People’s Daily) – Ambassador Ma Zhaoxu, Permanent Representative of China to the United Nations, has urged the international community to work vigorously to give development issues greater prominence in the macro-policy framework.

He made the remarks while addressing a high-level meeting Tuesday on the challenges of middle-income countries in implementing the 2030 agenda for sustainable development.

Ma said that middle-income countries are also developing countries, and as such, face challenges in eradicating poverty, food security, addressing climate change, infrastructure, and scientific and technological progress among other things.

“Although middle-income countries are making progress, they face many developmental problems,” he said. “For example, in terms of people's livelihood, the issues include how to achieve rapid economic growth while reducing inequality. Environmentally, the main obstacles are resources shortages, improving energy efficiency and reducing pollution. Socially, countries must deal with aging populations, foster inclusive societies and strengthen gender equality and women’s empowerment. The problems are too many to list here.”

Ma stressed that the international community should take a comprehensive and objective view of middle-income countries. Strengthening global development and working with the United Nations should be at the core with North-South cooperation as the main channel, supplemented by South-South partnerships.

Ma urged developed countries to fulfill their commitment to ODA by creating a favorable environment for developing countries.

“We should improve global economic governance and enhance the voice and representation of developing countries. The United Nations must be more effective in addressing inadequate and unbalanced global development,” Ma said.

Ma continued that China is a middle-income country, and more importantly a developing country, and although it has a large economy, its per capita GDP is only about 80% of the world’s average. He said it still has acute problems citing unbalanced economic and social development, unbalanced urban-rural development and unbalanced regional development.

Ma also said that China has always been a developing country, emphasizing that, for more than 60 years, cooperation between China and other developing countries has grown stronger with better results.

“Last September, President Xi Jinping announced at the Beijing Summit of the China-Africa Cooperation Forum that China will cooperate with Africa to implement the Eight Major Actions and provide $60 billion in support of Africa through governmental assistance, business investment and financing,” said Ma.