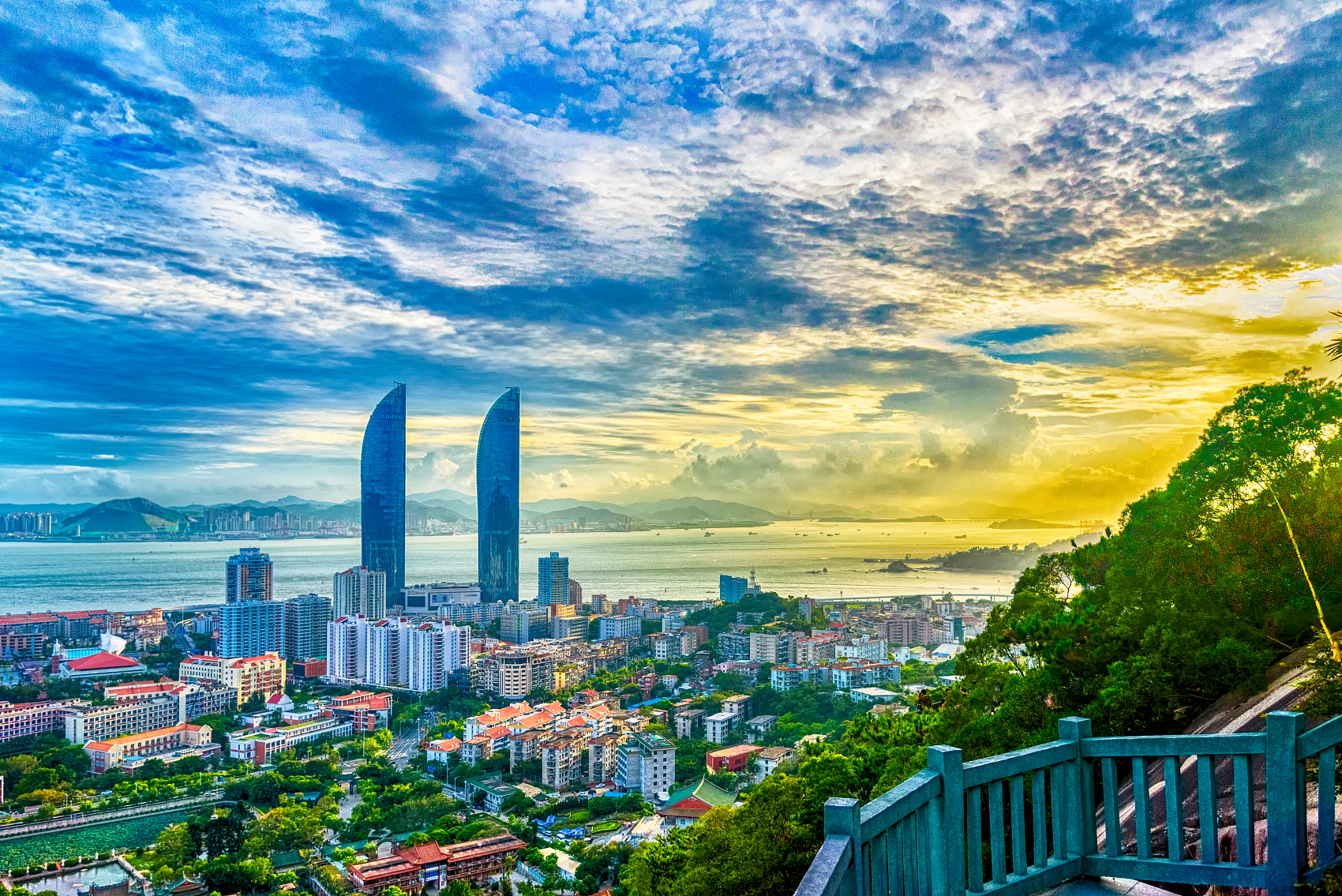 After moving about 2,600 standard containers to and from the vessel, the container ship "Msc Trieste" departed Xiamen harbor Tuesday morning and continued its voyage along the ancient maritime silk route to countries such as Singapore and the United Arab Emirates.

A traditional shipping center, Xiamen in east China's Fujian Province, has sea lanes to Southeast Asia in the south and Taiwan in the east. This has made it a good choice for the country to rejuvenate ancient international trade routes by land and by sea, namely the Silk Road Economic Belt and the 21st Century Maritime Silk Road.

Last year, around 70 vessels en route to Belt and Road (B&R) countries stopped by the Xiamen harbor each week. However, the number dropped sharply in February due to the unexpected outbreak of the novel coronavirus.

"Lots of factories resumed operation from Feb. 10, and their production capacity are gradually returning to normal," Bai said. With the receding outbreak, Xiamen has seen the recovery in trade with B&R countries, and the harbor becomes bustling again.

Xiamen Worthpart Machinery Co., Ltd., a manufacturer of undercarriage parts for excavators and bulldozers, saw its trade rebound in early March after experiencing a 60-percent drop year on year in February.

Zheng Ping, general manager of the company, said they would book containers soon to deliver their goods as the company's production and trade resumed rapidly.

"We have lowered profits and adjusted prices to retain our customers. Also, we increased the investment in online product promotion and plan to explore new markets in Africa and the Middle East," Zheng said. "I am confident to make up the losses caused by the epidemic in the following several months."

The Belt and Road Initiative, proposed by China in 2013, is aimed at building trade and infrastructure networks connecting Asia with Europe, Africa and beyond. Xiamen, as well as Fujian, have played a key role in the construction of the initiative.

The trade volume between Fujian and B&R countries grew by 16.3 percent year on year in 2019, reaching 455.1 billion yuan (around 65.6 billion U.S. dollars). The amount accounted for 34.2 percent of the province's total export volume, according to Xiamen Customs.

In Xiamen, China-Europe freight trains laden with goods are on the go to provide a safe and efficient logistics platform for enterprises in this special period.

"We missed the scheduled date to deliver goods by sea. Luckily, our goods arrived in the factory in Poland on time thanks to the stable operation of China-Europe freight trains," said Wang Weidi, manager of the logistic department of TPV Display Technology (Xiamen) Co., Ltd.

In February, the company had sent 164 containers of electronic products to Poland in five batches through the cargo train service, which has provided a solid foundation for the company's production and sale in the European market.

Xiamen started rail cargo service to Europe in August 2015. So far, the China-Europe freight train service has linked Xiamen with more than 30 cities, including Hamburg, Moscow and Almaty.

Statistics from Xiamen Customs showed that the freight trains between Xiamen and other Asian and European cities had made a total of 31 trips between Jan. 1 and Feb. 25, transporting 2,900 standard containers of goods valued at around 107 million U.S. dollars.

The foreign trade of many Chinese cities was roiled by disrupted international shipping and air transports amid the epidemic. "With the help of the local government, we have provided tailored logistics service for enterprises and added freight trains to meet our customers' needs," said Chen Luchao, business manager of Xiamen International Railway Service. Co., Ltd.

Ding Changfa, associate professor with the School of Economics, Xiamen University, said the outbreak exerts a short-term impact on the economy. "The trade between China and B&R countries will continue to boom, and the advance of the initiative will not be affected in the long run."