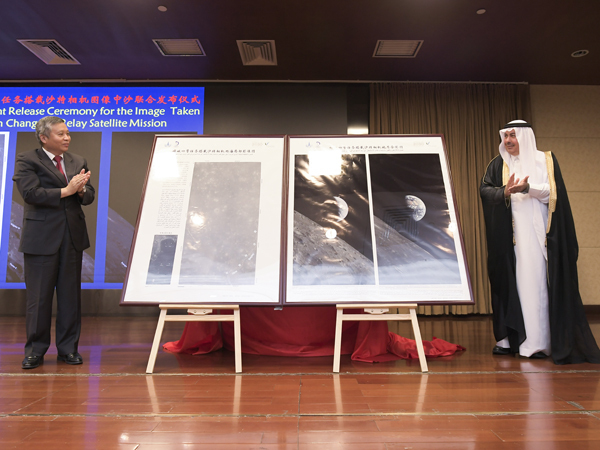 This is an important cooperation achievement between China and Saudi Arabia in the relay satellite mission, the China National Space Administration said in a statement.

The relay satellite for the Chang'e-4 lunar probe, named Queqiao or Magpie Bridge, was launched on May 21 and entered the Halo orbit around the second Lagrangian (L2) point of the Earth-Moon system, about 65,000 km from the Moon, at 11:06 a.m. Thursday after a journey of more than 20 days.

An optical camera, developed by the King Abdulaziz City for Science and Technology of Saudi Arabia, was installed on a micro satellite, named Longjiang-2, which was launched together with Queqiao.

The micro satellite is orbiting around the Moon. The camera, which began to work on May 28, has conducted observations of the Moon and acquired a series of clear lunar images and data.

According to a memorandum of understanding signed between China and Saudi Arabia on March 16, 2017, the two countries will share the scientific data in this cooperation.

China is pushing forward space cooperation with countries participating in the Belt and Road Initiative.