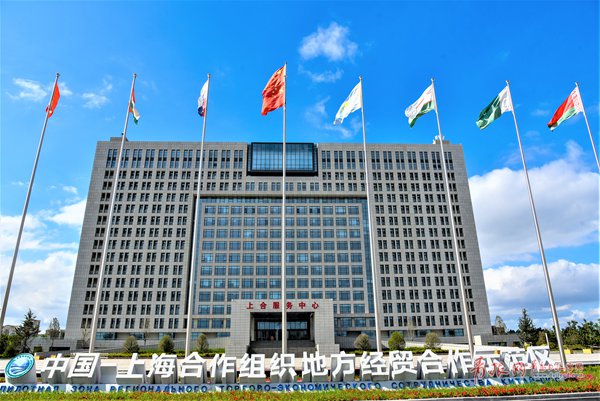 BEIJING, Oct. 28 (Xinhua) -- A demonstration zone for local economic and trade cooperation with the China-Shanghai Cooperation Organization (SCO) will be built in the Jiaozhou Economic and Technological Development Zone in Qingdao, east China's Shandong Province.

The Ministry of Commerce on Monday rolled out a general plan which listed four major tasks to build the demonstration center, namely forging a regional logistics center, building a modern trade center, promoting production capacity cooperation and constructing a center for two-way investment, and building a business, tourism and cultural exchange center.

The short-term goal is to build a seaport for the Asia-Pacific market and form a demonstration area for exchanges and cooperation with cities in the SCO countries, according to the plan.

The medium- and long-term goal is to build a pilot area for two-way investment and trade system innovation with the SCO countries, a gathering area for enterprises to start their businesses, and a pioneering area for local economic and trade cooperation under the Belt and Road Initiative, it said.