China sets to hold 2nd Belt and Road Forum (BRF), a high-profile event on international cooperation here on Thursday, to be attended by World leaders from 37 countries, including Prime Minister Imran Khan. 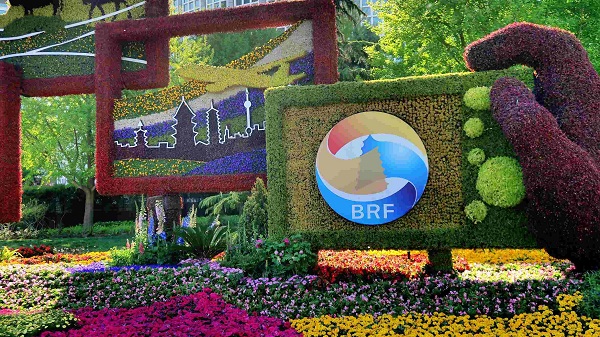 Through this event China wants to share the benefits of economic growth with it friends and partners world over, this was stated by the State Councilor and Foreign Minister Wang Yi.

Briefing the newsmen about the three-day event, he said it will be inaugurated by President Xi Jinping. Noting that the BRF is the top-level platform for international cooperation under the framework of the Belt and Road Initiative, he said the conference would be of landmark significance.

The theme of the second BRF is “Belt and Road Cooperation, Shaping a Brighter Shared Future.” Wang said the main purpose is to promote the high-quality development of Belt and Road cooperation, which is the common aspiration of countries participating in the initiative.

Speaking highly of the fruitful results yielded since the initiative was launched in 2013, he said the second BRF was greatly welcomed worldwide with some 5,000 participants from more than 150 countries and 90 international organizations having confirmed their attendance, covering areas from five continents and different walks of life such as government, civil society, business and academia.

A joint communique will be released after the leaders’ roundtable and other consensus reached during the forum.

The Belt and Road Initiative, proposed by President Xi in 2013, aims at enhancing all-around connectivity through infrastructure construction, exploring new driving force for the world economic growth, and building a new platform for world economic cooperation, according to Wang.

“As the host country, we will maintain close communication and coordination with all parties to prepare for the forum with openness, inclusiveness and transparency, upholding the principle of consultation and cooperation for shared benefits,” he added.