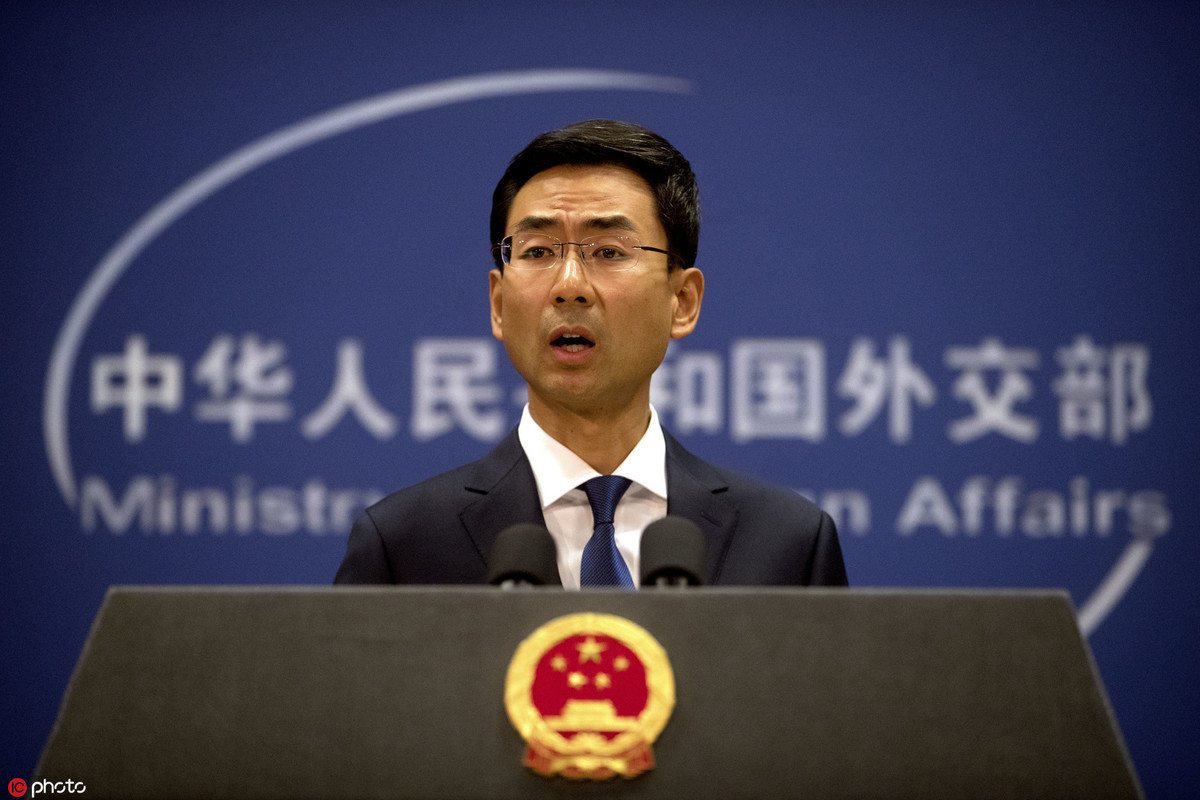 Washington also criticized on HK for 'interfering' in other countries' affairs

China has sovereignty over the Nansha Islands and their adjacent waters, the Foreign Ministry reiterated on Friday, while calling for Vietnam to respect the rights and work with China for peace at sea.

China's claims are in line with international law, including the United Nations Convention on the Law of the Sea, Foreign Ministry spokesman Geng Shuang said, adding that Vietnam's drilling for oil and gas that began in May was the cause of the current situation in the waters.

He was speaking at a daily news conference after Vietnam demanded China withdraw vessels from its exclusive economic zone.

In response, Geng said the ship has been operating in waters under China's jurisdiction since early July.

The spokesman also dismissed a statement from the United States State Department issued on Thursday that criticized China's activities in the South China Sea.

The comments from the US were made "out of ulterior motives" and are aimed at disrupting the situation in the South China Sea and regional peace and stability, Geng said, adding that countries in the region will stand clearheaded in the face of such comments.

Also on Friday, Geng slammed an article by US Senate Majority Leader Mitch McConnell in The Wall Street Journal, saying the piece was "unacceptable".

McConnell's comments are "blatantly instigating violent confrontation and interfering in other countries' domestic affairs, and purposefully sowing discord between China and other countries", Geng said.

Instead of condemning the violence in Hong Kong or reflecting on his country's wrong behavior of interfering in Hong Kong's affairs, McConnell criticized the Hong Kong Special Administrative Region government for ending the violence and chaos and restoring order according to law, and slandered China's social systems and domestic and foreign policies, Geng added.

The US must keep its hands off of Hong Kong affairs, he said.

Regarding the Canadian Consulate in Hong Kong's decision to suspend its local staff's travel to the Chinese mainland, Geng said China respects Canada's own decision.

People's safety and lawful interests are fully guaranteed when they travel to China if they act rightfully. They need to be "extremely careful" if they have ulterior motives or attempt to engage in illegal activities, Geng added.