China stresses noninterference and respect in relations with Africa

In Chinese President Xi Jinping’s keynote speech at the opening ceremony of the 2018 Beijing Summit of the Forum on China-Africa Cooperation (FOCAC) on September 3 in Beijing, Xi stressed a "five-no" approach in China’s relations with Africa. These experiences Xi highlighted are very important for building a closer China-Africa community with a shared future. 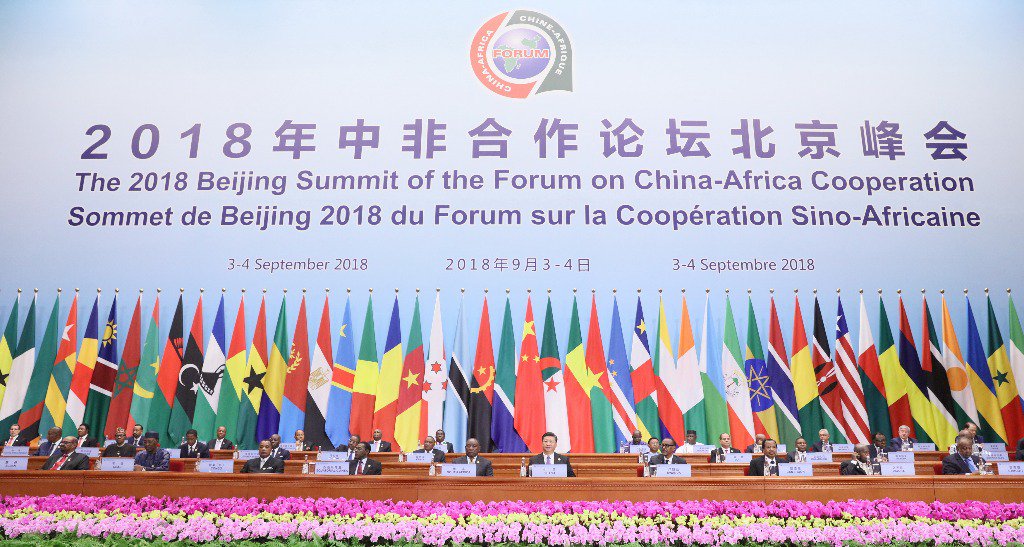 The eight major initiatives in close collaboration with African countries in the next three years and beyond to be launched are injecting a powerful impetus for a more intimate China-Africa community.

As an important force in building a closer China-Africa community with a shared future, China has also gained practical experiences in China-Africa cooperation.

To build a closer China-Africa community with a shared future is a great path. It takes both high-level consensus and down-to-earth operations.

The United Nations (UN) Secretary-General Antonio Guterres on Monday expounded the significance of China-Africa cooperation, saying it matters to the world.

"China and Africa can cooperate with peaceful, durable and equitable progress to benefit the whole humankind," Guterres said at the summit’s opening ceremony.

Guterres praised China and Africa's remarkable development and their successful partnership, evident in Africa's participation in the Belt and Road Initiative.

South African President Cyril Ramaphosa welcomed China's growing involvement on the continent, saying he does not agree that a "new colonialism is taking hold in Africa as our detractors would have us believe."

The Sudanese government on Monday welcomed China's support to Sudan, hailing the strategic partnership between the two countries.

"We are not surprised by the economic support from China during the meeting of Chinese President Xi Jinping and Sudanese President Omar al-Bashir on the sidelines of the FOCAC in Beijing," Aboud Jabir Saeed, secretary-general of the National Unity Government in Sudan, said.

"This partnership is win-win as is mutually beneficial," Saeed added.

At the imposing prime minister's office building in Addis Ababa, Arkebe Oqubay, a senior government minister, is adamant that Ethiopia hasn't seen any arm-twisting from China. "One of the unique things that makes Chinese funding quite attractive is they practice non-intervention in local politics," he says.

On the business level, more cooperation is burgeoning. Kenyan coffee shop franchise Java House Africa signed a deal with Chinese online retail company Green Chain, which would see it export coffee and tea to China as part of its expansion plans. The deal is expected to see the company export between 10-15 tons of its 375-gram bags of Kenya AA Arabic coffee and Gold Label Tea to China within a month, the company executive said.

A report by McKinsey report last year, which surveyed more than 1,000 Chinese companies in eight African countries, found that on average 89 percent of their employees were African. Several million African jobs had been created by China on the continent. Nearly two-thirds of Chinese companies provided skills training, while half offered apprenticeships, and a third had introduced a new technology.

As President Cyril Ramaphosa put it at the joint press conference to unveil the results of the 2018 Beijing Summit of the FOCAC on Tuesday, FOCAC is an action-oriented type of partnership between Africa and China, and we need to work more closely together and share our technologies and achievements.

Building a closer China-Africa community with a shared future is a comprehensive, long-term, systematic and important path. It has a bearing on the future and destiny of over 1.3 billion Chinese people and the over 1.2 billion Africans.

China is committed to this cause, and we also look forward to the active participation of Africans. Through solidarity of the two sides, we will work together to turn the blueprint into reality for our community.