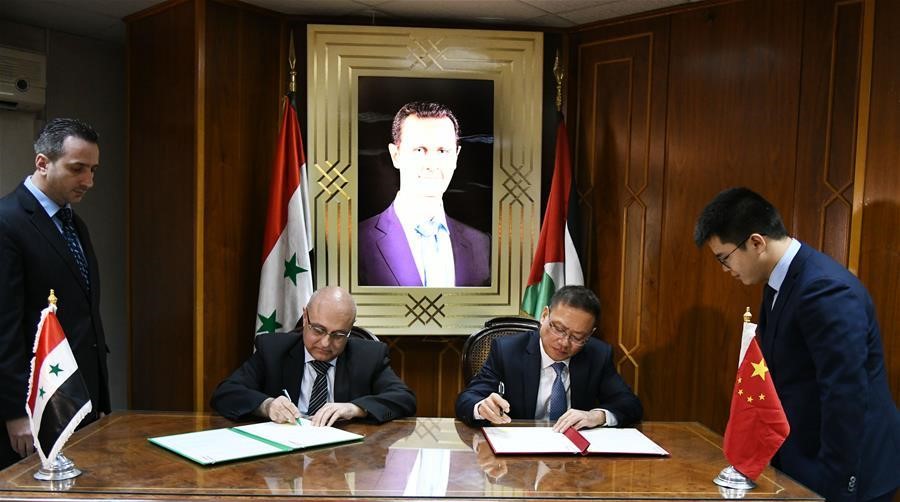 The agreement was signed by Syria's Planning and International Cooperation Commission (PICC) and the Chinese embassy in the capital Damascus.

Under the deal, China made a donation that will be used to fund a series of humanitarian projects that will be agreed upon by both sides, according to a statement released by PICC.

Imad Sabouni, head of the PICC, said the Chinese donations are of a great significance as they help in the tough situation that has resulted from war.

"In fact, this donation... aims to help the Syrian government and people to meet the humanitarian needs resulting from the current situation. Most of these donations will be used in humanitarian and environmental projects," Sabouni told reporters at PICC headquarter where the agreement was signed.

Sabouni, meanwhile, hailed the Chinese-Syrian relations as "special and historic."

For his part, Feng Biao, the Chinese ambassador to Syria, hoped that the cooperation between both countries will continue.

"I hope this cooperation will continue between both friendly countries, which have set up diplomatic relations since 1956," Feng said.