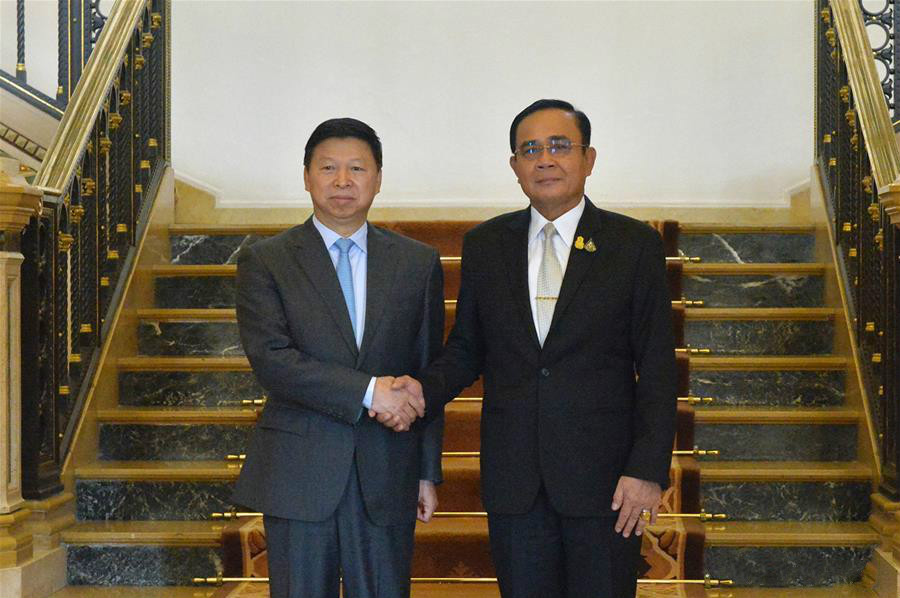 BANGKOK, Sept. 19 (Xinhua) -- Thai Prime Minister Prayut Chan-o-cha met with Song Tao, head of the International Department of the Communist Party of China (CPC) Central Committee on Thursday and they agreed to enhance cooperation between ruling parties for further development of bilateral ties.

Song said during their meeting that China and Thailand are traditional friends and Chinese President Xi Jinping and Thai Prime Minister Prayut have reached important consensus on the development of bilateral relations.

The CPC is willing to implement the consensus reached by both countries' leaders together with main political parties of Thailand to promote pragmatic cooperation within the framework of the Belt and Road Initiative, uphold multilateralism and free trade, and jointly maintain regional security and prosperity, Song noted.

Prayut highly appreciated achievements in Thailand-China cooperation, saying he supports ruling parties of both countries in enhancing their cooperation to lead the development of bilateral relations.