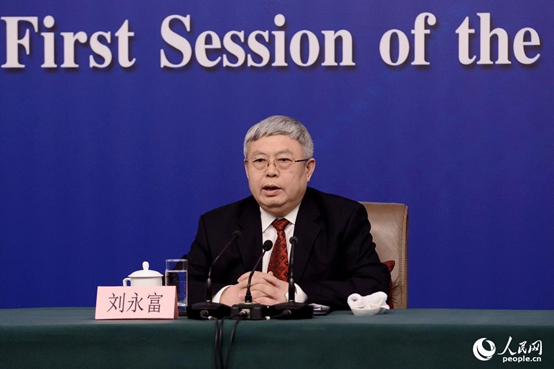 “We will not only win the ‘battle’ of targeted poverty alleviation, but also win it with flying colors.” A Chinese official pledged at a press conference on the sidelines of the first session of the 13th National People’s Congress on March 7.

Decisive progress has been made in China’s poverty alleviation campaign since the 18th CPC National Congress, Liu Yongfu, director of the State Council Leading Group Office of Poverty Alleviation and Development, elaborated on the achievements made by China in the past five years.

In the same period, the annual net income growth of farmers in poverty-stricken regions was 2.5% higher than the national average.

Policies need to be rolled out to irradiate endogenous impetus and prevent the funds for feeding the lazy, Liu said, adding that training on poor population is required to improve their skills and capabilities to get rid of poverty, while an experience sharing is important as well.

Winning the “battle” of targeted poverty alleviation with flying colors has much higher gold content than just winning it, Liu pointed out.

“We have to make sure the task of poverty alleviation be completed to the fullest and no one will be left behind,” Liu said, adding that such poverty reduction must be of high quality and it will be held to the test of time. He also pointed out that the campaign will continue even after 2020. 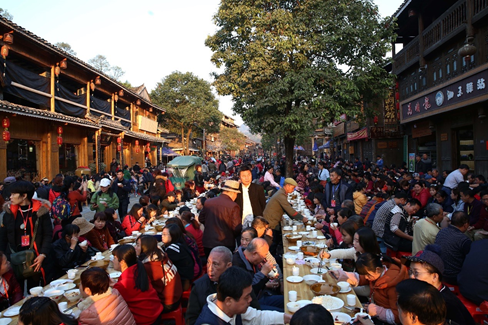 A long table banquet is held for tourists visiting a village of the Dong ethnic minority in Liping County, southwest China’s Guizhou province on March 9, 2018. Taking the advantage of the 93 traditional villages and ethnic cultural resources, the county strengthens rural tourism and makes it a new path for poverty reduction. (Photo: VCG)

China, in its report to the 19th National Congress of the Communist Party of China (CPC), has made clear that the country “must ensure that by the year 2020, all rural residents living below the current poverty line will have been out of poverty”.

Eliminating poverty, improving livelihoods and achieving common prosperity step by step has been regarded as an essential requirement for socialism with Chinese characteristics and an important mission of the CPC.

Ahead of the 2018 Spring Festival holiday, President Xi visited impoverished areas in Liangshan Yi autonomous prefecture and chaired a symposium on poverty alleviation in Chengdu, southwest China, during which he stressed the difficulty of the battle against poverty and the urgency of solving significant problems in poverty alleviation.

The battle against poverty should be firmly carried forward without any pause or slackness, the president said, stressing quality of poverty reduction work with a focus on areas in deep poverty. 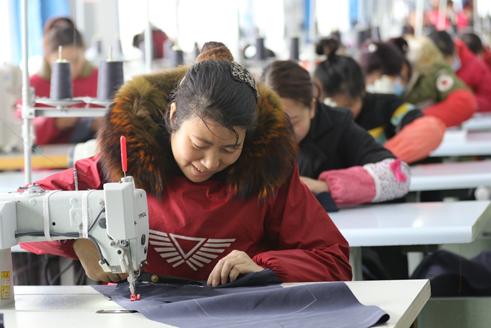 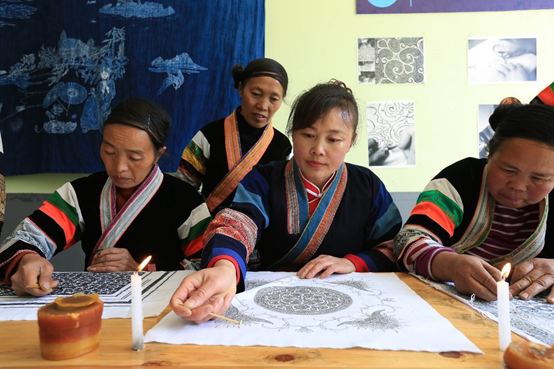 Yang Xiaozhen, a female provincial-level inheritor of wax printing, discusses the technique with fellow villagers in Zhijin County, southwest China’s Guizhou province, March 8, 2018. Following the national call for poverty reduction, Yang went back to her hometown in 2017 to pass on the technique to women farmers and helped them get rid of poverty. (Photo: VCG)