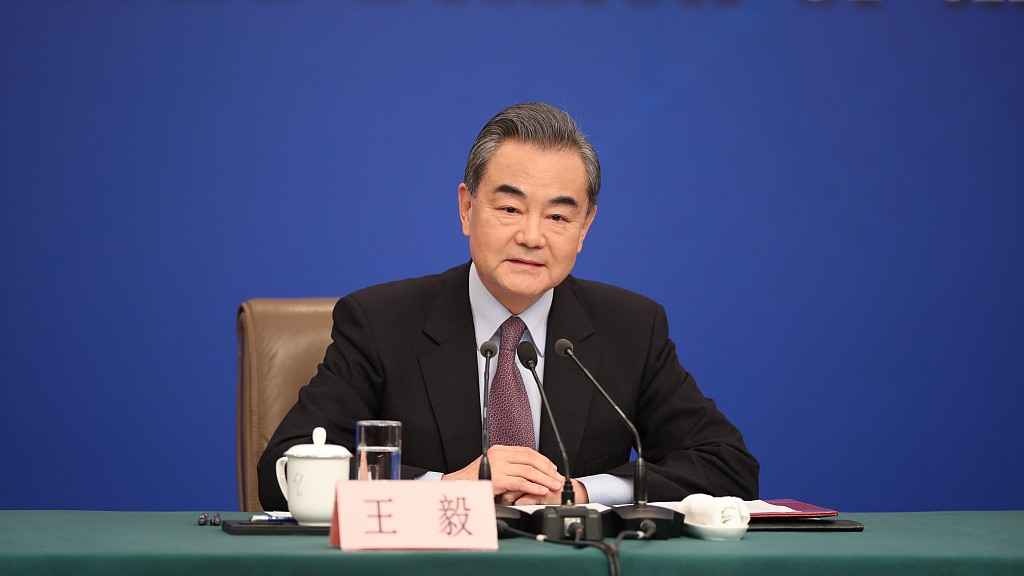 Chinese State Councilor and Foreign Minister Wang Yi answers questions at a press conference on China's foreign policy and relations on the sidelines of the second session of the 13th National People's Congress in Beijing, capital of China, March 8, 2019. (Photo: VCG)

The China-US relationship features prominently in China's foreign affairs. It is also one of the most expected questions in this press conference.

Wang painted a positive outlook on this bilateral relationship. Talking from a historical perspective, he believed that “cooperation outweighs rifts” and the current deviation of trade tensions would not represent the “long arc” in the bilateral relations.

He thus reiterated China's vision of fostering a bilateral relationship based on “coordination, cooperation and stability,” which was the consensus reached between Chinese President Xi Jinping and US President Donald Trump and would be the right path to unite the two countries.

He also highlighted the common interests that the two countries share. Substantial progress in China-US trade talks is a good example of cooperation, which indicated that both sides can still resort to peaceful means to resolve differences.

As to the growing suspicions in the US toward China, Wang believed that frictions are just normal in the bilateral relations, and called the US to reject zero-sum mentality.

He opposed the US' intentional politicization of technological competition with the resounding statement that “China will not remain as a silent lamb.” He criticized the US attempt to bring down China's hi-tech enterprises, with the Huawei case as a poster child in the fresh American offensive on China. He also promised that the Chinese government would take all necessary means to protect its legitimate right to develop high technology and seek legal redress for the victims.

Passengers in the same boat

With the vision of a community with a shared future for mankind, Wang vividly pointed out that “we are all passengers in the same boat,” and China is not bent on challenging the existing international system, but is determined to join with the international community to make the international order a more equitable and reasonable one.

China is dedicated to cooperation with fellow developing countries in Asia, Africa, Latin America, the Middle East and elsewhere. China is also deepening engagement and cooperation with Western developed countries.

It is also determined to build trust with neighboring countries to redress the outstanding territorial disputes. For example, China is trying to reach a fair and workable Code of Conduct regarding the South China Sea with claimant countries.

And China is committed to fulfilling the role of a responsible country. For example, China would like to mediate on behalf of the international community in hotspot issues, such as promoting the Korean Peninsula and the Afghan peace process.

China is also trying to synergize development strategies with participating countries under the Belt and Road Initiative framework, with an aim to further improve infrastructures, facilitate connectivity, and share and create opportunities.

As one of the most important bilateral relations in the world, cooperation between China and the US would be a champion for world peace and prosperity in itself.

This year marks the 40th anniversary of the China-US diplomatic relations. Just as Confucius said, “When reaching the age of 40, one should have no more doubts.” It is time for the two countries to dispel doubts, build trust, and deepen engagement.