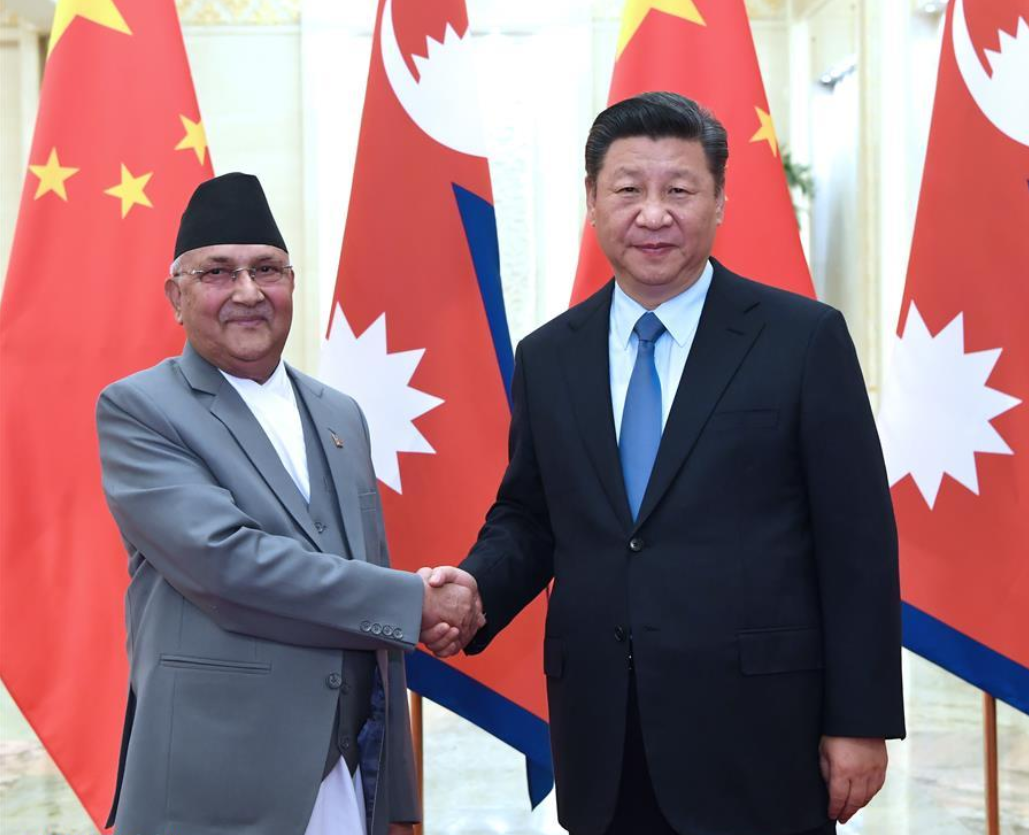 China stands ready to strengthen cooperation with Nepal in infrastructure connectivity, post-disaster reconstruction, trade and investment under the framework of the Belt and Road Initiative, said President Xi Jinping on Wednesday.

Xi made the remarks while meeting with Nepal's Prime Minister K.P. Sharma Oli, who is on an official visit to China from June 19 to 24.

China and Nepal have always carried out mutually beneficial cooperation on the basis of the Five Principles of Peaceful Coexistence since the establishment of diplomatic ties between the two countries, said Xi.

China appreciates Nepal’s resolute adherence to the one-China policy and will, as always, support Nepal’s efforts to safeguard national independence, sovereignty, and territorial integrity, support Nepal's self-selection of social systems and development roads suited to its national conditions, and wish the country can achieve its goals as soon as possible, Xi noted.

He stressed that currently the two countries are facing new opportunities for development. The two sides should maintain close high-level exchanges, continue to adhere to the Five Principles of Peaceful Coexistence, and respect and take care of each other's core interests and concerns.

"We must strengthen cooperation in law enforcement capacity building, jointly combat transnational crimes, and safeguard the common security of China and Nepal," said the president.

Oli, on his part, said Nepal admires China’s development achievements, highly appraise China’s positive role in international affairs, and thanks China for its support for the country’s development transformation.

Nepal firmly adheres to the one-China policy and will never allow any forces to engage in any anti-China activities on Nepalese territory, said Oli.

Nepal highly values Xi’s proposal of building a community with shared future for mankind and is willing to actively participate in the Belt and Road Initiative, noted Oli.