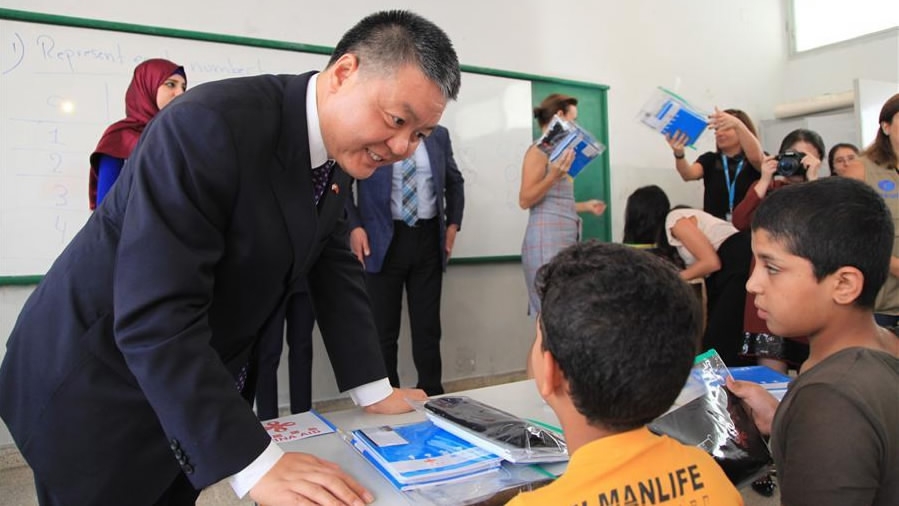 BEIRUT, Feb. 18 (Xinhua) -- Chinese Ambassador to Lebanon Wang Kejian said Monday that China is willing to take Chinese-Lebanese relations to a new level, a statement issued by the Chinese Embassy in Lebanon reported.

"China is willing to work together with Lebanon to continuously consolidate political mutual trust, strengthen policy docking under the framework of the 'Belt and Road Initiative' while deepening pragmatic cooperation," Wang said during his meeting with Lebanese Prime Minister Saad Hariri at Grand Serail.

Wang also conveyed the greetings from Chinese Premier Li Keqiang to Hariri, and congratulated Hariri for the formation of the new government.

The meeting aimed at discussing latest developments and bilateral relations between the two countries.

From his side, Hariri asked Wang to convey his greetings and best wishes to Premier Li.

Hariri spoke highly of the bilateral relations between Lebanon and China, and thanked China for its assistance to Lebanon in the political, economic, military and humanitarian fields.

"We expect to see more achievements in our cooperation with China on many levels," Hariri said.