BRI NEWS China willing to do its utmost to help the Philippines: Chinese FM

China willing to do its utmost to help the Philippines: Chinese FM 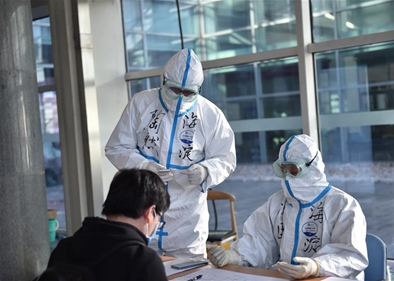 On behalf of the Philippine side, Locsin reiterated firm support for China's fight against COVID-19, and congratulated China on its important achievements so far.

He said that the Philippine side has always firmly believed that China will successfully overcome the epidemic, because the Communist Party of China has always led the Chinese people through difficulties time and again in history.

Noting that the Philippines is now in a difficult time to fight against the epidemic and is facing a shortage of medical supplies and facilities, Locsin expressed hope that China will lend a helping hand and actively consider sending medical experts to the Philippines.

The Philippine side knows well that China is a big country that is willing to help its neighbors to prosper while advancing towards its own prosperity, he added.

Noting that both countries are now making every effort to fight the epidemic, Wang extended sincere sympathy to the Philippine people and said that China is paying close attention to the development of the epidemic situation in the Philippines.

The Philippine government and people from all walks of life gave China valuable support when the epidemic situation in China was severe, Wang said, adding that China sympathizes with the current difficulties faced by the Philippine people and is willing to join hands with the Philippines to overcome the difficulties.

Noting that the Philippines is China's friendly neighbor across the sea, Wang said China is ready to do its utmost to help the Philippines, adding that China has decided to provide the Philippines with urgently-needed medical materials such as test kits and protective clothing, and will actively coordinate the dispatch of medical experts.

Wang expressed belief that under the leadership of President Rodrigo Duterte, the Philippines will secure an early victory against the epidemic.

Locsin expressed his deep gratitude, and said that he would report the good news to the President Duterte as soon as possible.

At present, the epidemic is occurring at multiple places in the world, and the situation is worrying, Wang said, urging all countries to establish a sense of a community with a shared future and carry out international cooperation in joint prevention and control as soon as possible.