HAMBURG, Germany, Nov. 27 (Xinhua) -- Chinese Vice Premier Liu He, who is visiting Germany from Sunday to Wednesday, has said that China is willing to work with Germany to promote bilateral cooperation in finance, trade and investment. 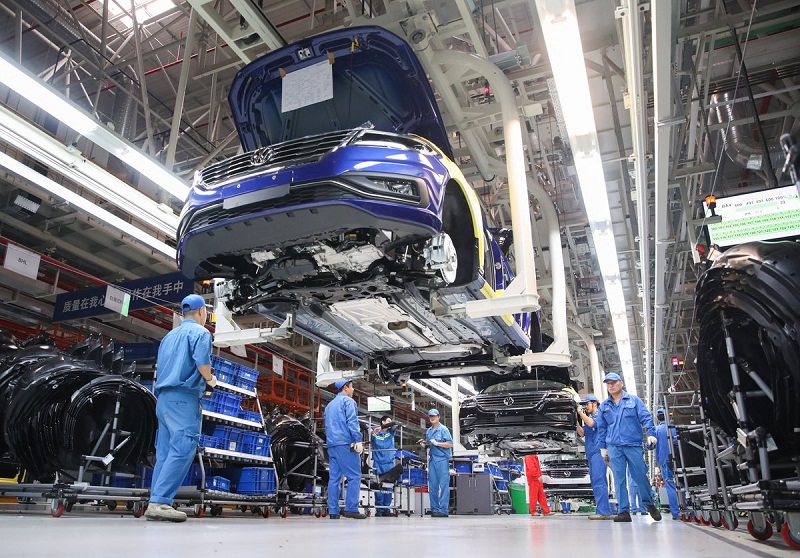 Liu made the remarks during the visit, in which he met with German Chancellor Angela Merkel and delivered a keynote speech at the closing ceremony of the 8th Hamburg Summit themed "China meets Europe."
Liu conveyed to Merkel a message from Chinese President Xi Jinping, in which Xi noted that China and Germany are all-around strategic partners and bilateral cooperation in various fields has enjoyed a sound momentum of development.
China highly values the development of China-Germany ties and is willing to cooperate closely with Germany to enrich the strategic connotations of bilateral cooperation and strive to promote global economic governance, safeguard multilateralism and free trade, and build an open global economy, the message read.
Liu said China is willing to work with Germany to implement the important consensuses reached by leaders of the two countries.
Merkel said Germany attaches great importance to the development of bilateral relations and is interested in participating in the China-proposed Belt and Road Initiative.
Germany always welcomes and actively supports Chinese investors, she added.
Merkel said that amid global uncertainties, Germany is ready to maintain communication with China on the world trade situation.
In his keynote speech, Liu introduced China's current economic situation and development prospects. He stressed that the year 2018 marks the 40th anniversary of China's reform and opening-up, and a series of major measures to further open up are being implemented expeditiously.
Liu noted that China and the European Union (EU) are both staunch supporters of free trade rules as well as the multilateral system and share enormous common interests.
The two sides should understand and accommodate each other, deepen cooperation, join hands to confront challenges so as to jointly build a community with a shared future for mankind and achieve lasting peace and common prosperity across the globe, said Liu.
During his visit, Liu also held talks with German Vice Chancellor and Finance Minister Olaf Scholz, and met with German Minister of Economic Affairs and Energy Peter Altmaier, German Chancellor's economic advisor Lars-Hendrik Roeller, First Mayor of Hamburg Peter Tschentscher, and EU Competition Commissioner Margrethe Vestager.