China won't join trilateral arms talks with US and Russia

The Chinese Foreign Ministry reiterated on Wednesday that China has no intention of joining the so-called trilateral arms control negotiations with the US and Russia, and that this position is clear and understood by Russia and the wider international community. 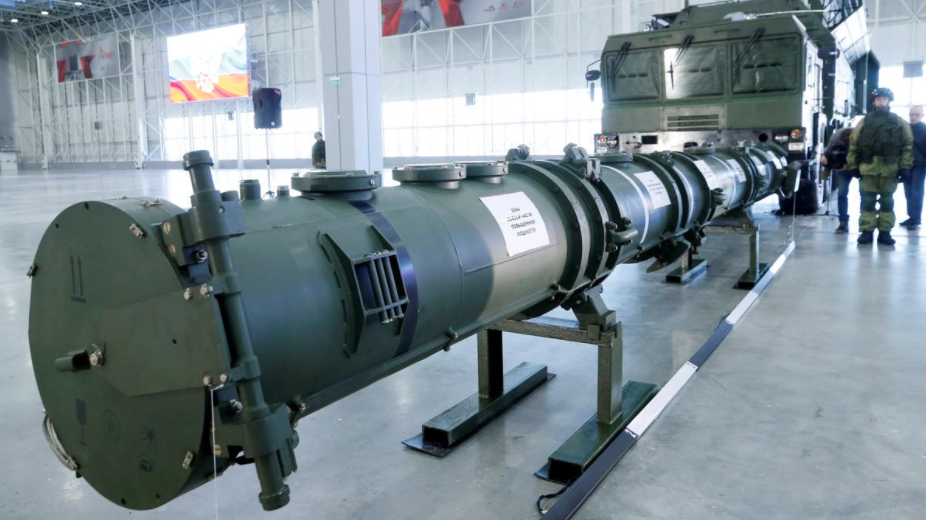 Components of the SSC-8/9M729 cruise missile system are on display during a news briefing, organized by Russian defense and foreign ministries, at the Patriot Expocentre near Moscow, Russia, January 23, 2019. (Photo: Agencies)

"It is worth pointing out that the US, sitting on the largest arsenal of the most advanced nuclear weapons, should earnestly fulfill its special responsibility in nuclear disarmament, respond to Russia's call to extend the New START, and further cut down its massive nuclear arsenal, thus creating conditions for other nuclear weapon states to join multilateral nuclear disarmament negotiations," said spokesperson Geng Shuang.

China stands ready to work with all parties to strengthen communication and coordination within such frameworks as the conference on disarmament and the mechanism of five nuclear-weapon states; discuss a wide range of issues concerning global strategic stability; and earnestly safeguard multilateralism and multilateral disarmament mechanisms, he stressed. China will also uphold the international order based on international law, defend the authority and efficacy of existing arms control and non-proliferation legal system, and make contributions to international peace and security, Geng said.

Geng further pointed out that China's national defense strategy is defensive in its nature, which has remained unchanged, and it is only reasonable and legitimate to increase input into the national defense sector proportionally as China's economy keeps expanding.

"Such increase does not target or threaten any other country. China's military expenditure is measured and appropriate, gauged whether by its total amount, by its proportion in GDP and the fiscal revenue, or by military spending per capita," Geng underlined, adding that the ratio of China's military spending to GDP has been on the decline, below the 2% standard of NATO countries.

On the other hand, the US military budget has been increasing steadily and substantially in recent years, he went on.

"It reached 716 billion US dollars in 2019, equaling the sum of the next 10 biggest military spenders behind it and accounting for 3.4% of its GDP. The US government has recently submitted a 705.4 billion US dollars' worth of military budget request for fiscal year 2021 to the Congress, 28.9 billion US dollars of which will be spent to modernize its nuclear forces," Geng noted.

"It is the US' unilateralism and belligerency that pose great obstacle to the international arms control process. The US practice of shifting blames to China is not at all convincing to the world and will not be recognized," he stressed.