China works with global partners to enhance exchanges among civilizations

The history of mankind is a process of active exchanges, interactions and integration among different civilizations. In the first half of 2019, by working hard to promote interaction, dialogue and harmony among civilizations, China has demonstrated the distinguished features of its major country diplomacy with Chinese characteristics.

The country hosted the Conference on Dialogue of Asian Civilizations (CDAC), an unprecedented event in history, and made green and sustainable development a basic requirement for the high-quality development of the Belt and Road Initiative (BRI). By holding the International Horticultural Exhibition at the foot of the majestic Great Wall, China is spreading the beauty of the green lifestyle to every corner of the world.

On multiple occasions, Chinese President Xi Jinping has introduced China’s concept of civilization to the world, constantly gathering power for building a community of a shared future for mankind. His practice will leave a glorious page in the human history of civilization exchanges.

At present, the world is undergoing profound changes: the surging trend toward multi-polarity, economic globalization, IT application and cultural diversity. These changes are creating both prospects and challenges for the human society.

However, some people are not glad to abandon their ideological bias, and are making hypes of the so-called “civilization superiority” and“clash of civilizations”, posing threats against the peaceful development of the world.

On the contrary, China, with a civilization of over 5,000 years, believes that civilizations come in different colors, and are equal and inclusive. The country is taking concrete actions to promote exchanges among different civilizations and building broad consensus through the power of civilizations, so as to guide each country to cope with common challenges and create a better future.

President Xi's practice to enhance exchanges and mutual learning among civilizations has set a good example for the world.

Attending the CDAC and delivering a keynote speech at the opening ceremony, he has given an in-depth expounding on China’s ideas to promote civilization exchanges. He also participated in the Asian Culture Carnival and enjoyed the beauty of Asian civilizations together with foreign leaders.

The CDAC reflected China’s deep thoughts and sense of responsibility regarding the promotion of Asian civilizations, and is hailed as an iconic international event. Director General of the UNESCO Audrey Azoulay extended her appreciation to President Xi and China’s efforts to hold the conference, and what she felt also represented a common aspiration of the international society.

President Xi’s visits to foreign countries in the first half of this year endowed Chinese diplomacy with humanistic spirit, and demonstrated China’s image of a major country that is open and inclusive.

When visiting Italy, President Xi showed a deep knowledge of the pioneers of cultural exchanges between China and Italy. He also stressed that the similar national character and common spiritual pursuit of China and Monaco make the two peoples endeared friends who know each other well during his state visit to the latter.

The Chinese President attended an opening ceremony for a panda house at Moscow Zoo, and had a free talk over the history and presence of St. Petersburg with his Russian counterpart Vladimir Putin when having a boat cruise on the Neva River.

When inspecting the Kyrgyz guard of honor during his visit to Kyrgyzstan, Xi greeted them in Kyrgyz. And in Tajikistan, he vowed to pass on China-Tajikistan friendship from generation to generation.

Xi attended a grand gymnastics and artistic performance in Pyongyang together with local people during his trip to North Korea, and remarked that the geographical proximity and cultural affinity offer a sturdy bond between the two countries.

China is winning broad recognition from the international society for its efforts to promote exchanges and mutual learning among civilizations.

At the opening ceremony of the 2019 Beijing International Horticultural Exhibition, President Xi brought up five proposals for the world to preserve what gives the planet life and embrace green development.

The significance of exchanges and mutual learning among civilizations has always been an emphasis of President Xi on many international occasions such as the China-France Global Governance Forum, the 19th Shanghai Cooperation Organization summit in Bishkek, Kyrgyzstan, and the 5thsummit of the Conference on Interaction and Confidence-Building Measures in Asia held in Dushanbe, Tajikistan.

He is constantly promoting the respect for diversity, harmonious co-existence, interaction and sharing, and prosperity and progress for all for global civilizations. His efforts are broadly recognized by foreign leaders who noted that there should not be, and will not be any clash among real civilizations and the beauty of the human civilizations is in dialogue.

China is leading a fashion of civilization exchanges with concrete actions.

To lead a lifestyle that is green and beautiful is a common aspiration of the mankind, and to realize it, 110 countries and international organizations as well as over 120 non-official exhibitors have participated in the 2019 Beijing International Horticultural Exhibition, sharing new opportunities for the international communication and cooperation within green industries.

The Asian Culture Carnival and the splendid Asian Civilization Week achieved huge success, establishing an important platform for exchanges and mutual learning among civilizations of Asia and even the world at large.

A thematic forum on people-to-people connectivity was held during the 2nd Belt and Road Forum for International Cooperation, summarizing achievements and making future plans for people-to-people communication. It further consolidated the civilization foundation for common development for different countries.

President Xi proposed to work with other countries to protect Asian cultural heritage, translate Asian classics both from and into Chinese, promote film and TV exchanges and cooperation in Asia, and implement a plan to promote tourism in Asia. 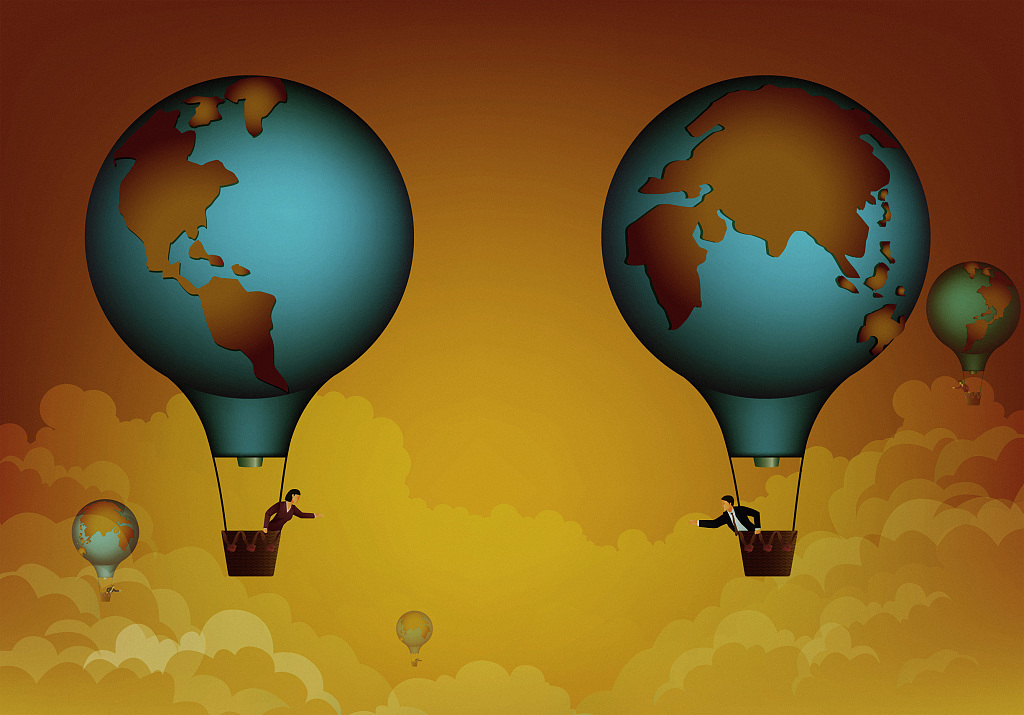 Besides, China will also host a culture and tourism year with Italy and France, and invite 10,000 representatives from Belt and Road participating countries to visit China in the coming five years.

By taking active actions to promote exchanges and mutual learning among civilizations, China is resolutely building a world that is open, inclusive and beautiful.

Martin Jacques, a professor at Cambridge University noted that China has provided a new possibility by abandoning the law of the jungle, hegemonism, power politics and the zero-sum game, and replacing them with win-win cooperation, co-construction and sharing. This pioneering work has great potential to change the world, the scholar said.

Seeking wisdom from different civilizations to provide spiritual support for the people and address the common challenges faced by mankind is a special responsibility taken by China, and also a contribution made by the country to push forward global civilizations, the progress of human beings, and the peaceful development of the world.