China-Zimbabwe ties in the post-Mugabe era 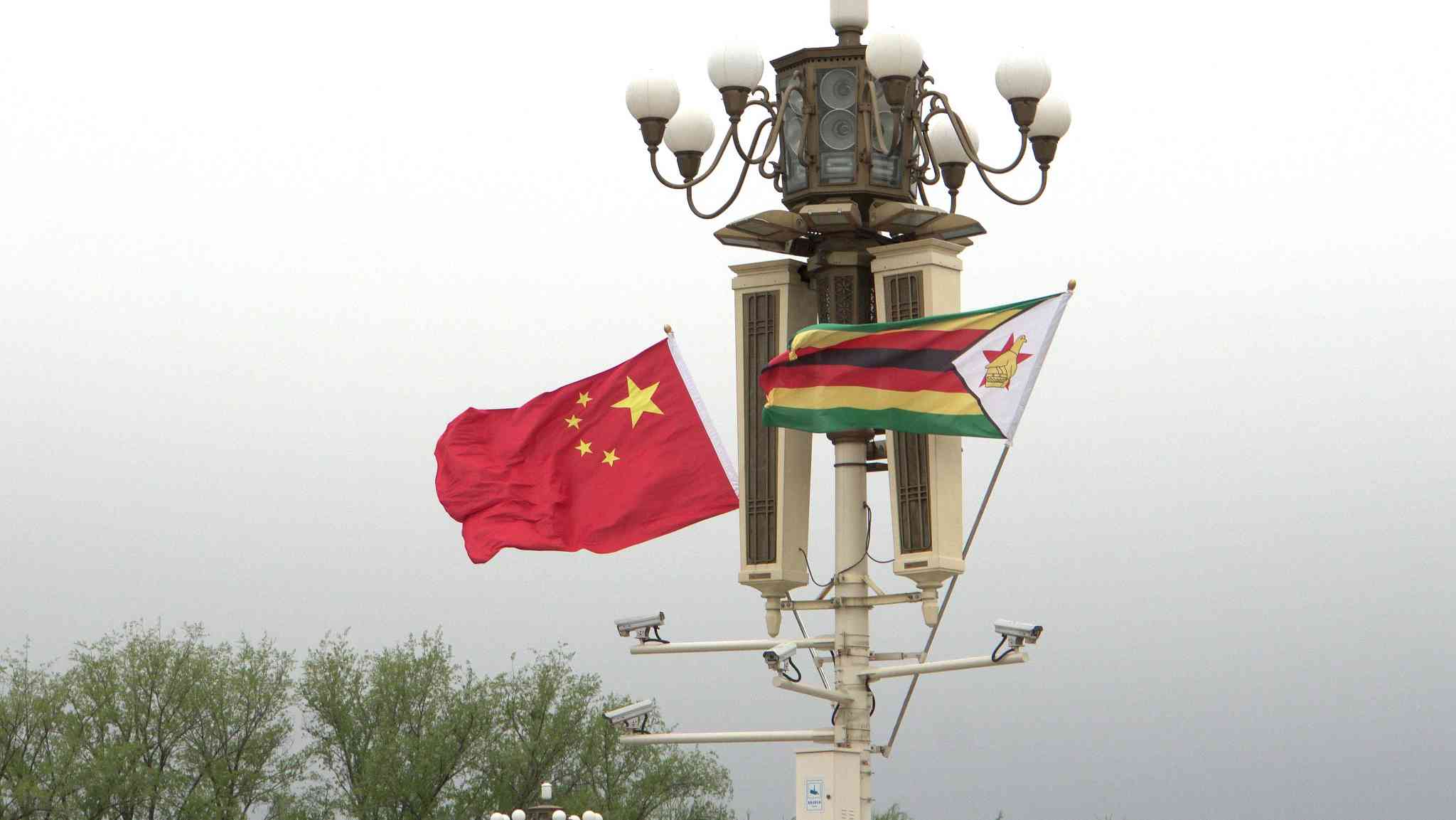 Zimbabwe has entered its first three-in-one election since the ouster of Robert Mugabe in November 2017. Although opposition party candidate Nelson Chamisa tweeted that he had won the presidential election, statistics of the Zimbabwe Election Commission (ZEC) showed that Zimbabwe's ruling ZANU-PF party had won a majority in parliamentary elections. In fact, no one really knows who will win the presidency until the ZEC officially announces the results.

China has enjoyed good relations with Zimbabwe since 1980 when the latter achieved its independence. For Chinese, continuing this goodwill in the post-Mugabe era is of great importance.

The two main presidential contenders are current President Emmerson Mnangagwa from ZANU-PF and Nelson Chamisa from Movement for Democratic Change (MDC). The former, Mnangagwa, who once fought side by side with Mugabe as a member of the Crocodile Gang and studied in China in the early 1960s, has historic connections with China and has presented friendly policies toward the country since gaining the presidency late last year.

He's visited China many times with the latest visit coming in April 2018. Mnangagwa has shown respect for China's development model, hoping Zimbabwe can be as efficient in its own development. It was during his April visit that President Mnangagwa expressed clearly his China policy: to further strengthen relations with China.

Accordingly, during the visit, President Mnangagwa and President Xi Jinping jointly promoted the bilateral relationship to a higher level by establishing a comprehensive strategic partnership of cooperation, which tied the two countries much closer at the political level.

Meanwhile, Mnangagwa spoke highly of Socialism with Chinese Characteristics for a New Era and stated that he would outline a road of development with Zimbabwean characteristics. Relations between the two ruling parties, the CPC and ZANU-PF, were also been strengthened.

President Mnangagwa attended the Zimbabwe investment policy promotion seminar and expressed his will to widen the lateral economic cooperation and attract Chinese investment. The two parties also agreed to strengthen bilateral cooperation under the framework of the Belt and Road Initiative and have their respective development strategies connected.

Despite his differences with Mugabe in domestic politics, Mnangagwa has obviously followed and expanded his predecessor’s policy toward China, to continue to look to the East while restoring normal relations with the West.

Whether it's just an election tactic or not, Chamisa has expressed on several occasions negative attitudes toward China and once sent out threats that he would investigate from the bottom all the Chinese projects in Zimbabwe under the ZANU-PF government, and drive the Chinese out of Zimbabwe.

Chamisa’s statements are in line with the opposition party MDC’s perception of China, of which he has served a long time as an important leader.

Whoever becomes president of Zimbabwe for the next five years – Mnangagwa, Chamisa or someone else – it is hard to eliminate China's influence in the country. The next president and his government will have to continue Zimbabwe-China relations, which are based on the following factors:

Second, China has been the biggest investor in Zimbabwe and one of its main trading partners. Chinese investment, which accounts for more than half of the foreign direct investment in Zimbabwe, is a major driving force behind Zimbabwe's economy..

Chinese investments have helped fund the development of Zimbabwe's power grid as well as the communication, agriculture, medical care and tobacco industries. And the Chinese economic assistance is also huge in Zimbabwe. Therefore, in light of Zimbabwe's hard economic situation, it will be hard to develop effectively without Chinese participation.

None of the Western countries or groups of countries are capable of offering enough capital for Zimbabwe’s economic recovery by themselves. No Zimbabwean leader, if wise enough, can deny the support shown through the framework of the Forum on China-Africa Cooperation (FOCAC), the Belt and Road Initiative and the BRICS mechanism.

Third, China is the world's biggest developing country and one of the five permanent members of the UN Security Council. China has close cooperation with African countries in international affairs and has good relations with the African Union.

China has been the biggest financial provider and the most important participant in peacekeeping actions in Africa. As one of the major members of Africa, there is no reason for any Zimbabwean leader to weaken relations with China.

The election in Zimbabwe is waiting for its results, and the China-Zimbabwe relationship will keep going forward as it has been.