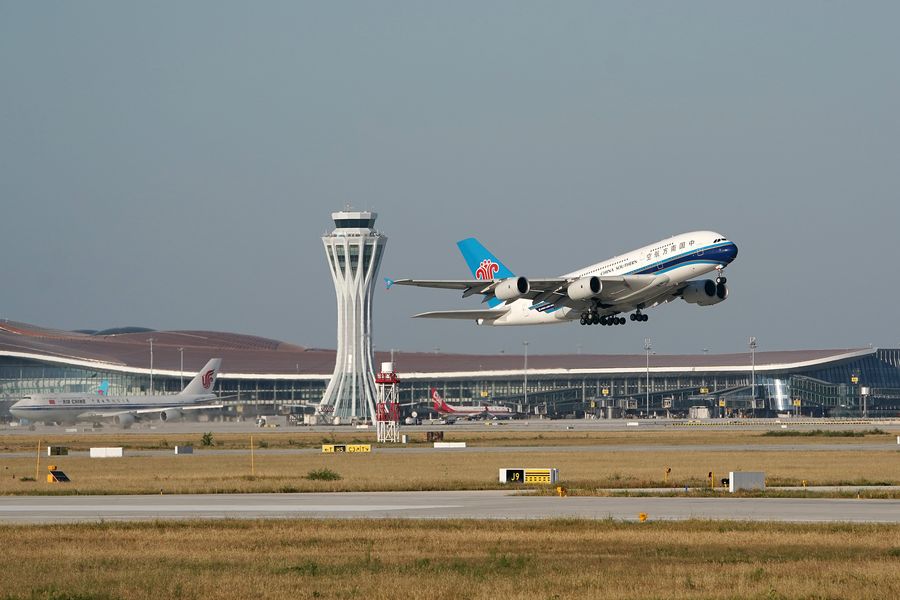 BISHKEK, Oct. 21 (Xinhua) -- The representative office of China Southern Airlines on Monday presented its international air routes in the Kyrgyz capital of Bishkek.

"In recent years, China Southern Airlines has set a task to connect the world and create a better life and accelerated the construction of a world-class air transport company," said Zhong Bin, deputy head of the marketing department of the airlines' branch in northwest China's Xinjiang Uygur Autonomous Region.

In his keynote speech during the presentation, Zhong said that China Southern Airlines, as one of China's three major air transport companies and the largest airline in Asia, is an active participant in the implementation of the Belt and Road Initiative.

The company has opened 172 routes in 68 cities of 38 countries located along the Belt and Road route and carries more than 15 million passengers annually, according to Zhong.

Besides, he said that the company has expanded strategic and business relations with international partners such as American Airlines, Emirates Airlines and Finnair.

In recent years, bilateral trade between China and Kyrgyzstan has reached a new level, and China's investment in Kyrgyzstan has also made a new breakthrough, according to Li Yue, adviser on trade and economic issues of the Chinese Embassy in the Kyrgyz Republic.

"The aviation industry serves as an engine for the development of relations between the two countries, providing strong guarantees and support for Chinese-Kyrgyz relations and trade and economic cooperation," Li said.

He said that the company has been an important part of Chinese businesses in Kyrgyzstan since the Urumqi-Bishkek route was opened in 1998, and has since then developed multiple routes.

For his part, Director of the Civil Aviation Agency of Kyrgyzstan Kurmanbek Akyshev praised China Southern Airlines as one of the best airlines in Kyrgyzstan.

He said that the company has been promoting close cooperation between Chinese and Kyrgyz personnel for many years with its professional and high-quality service.