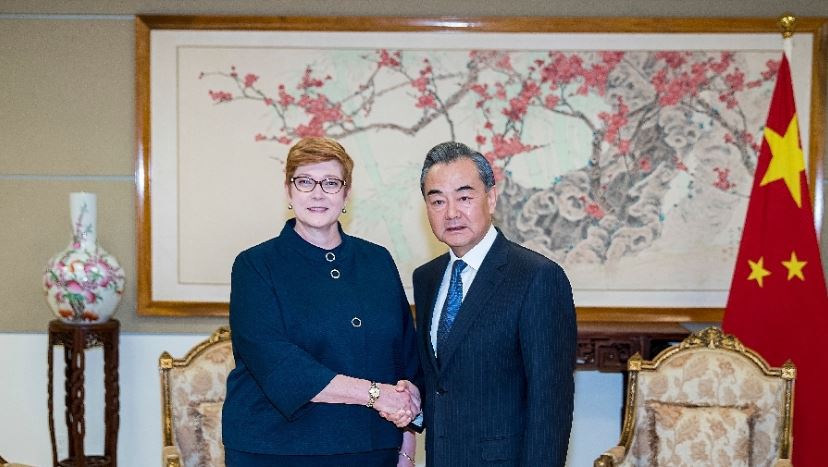 UNITED NATIONS, Sept. 24 (Xinhua) -- Chinese and Australian foreign ministers on Monday expressed the hope that the ties between the two nations could resume healthy development following chaos caused by the previous Australian government.

While meeting with Australian Minister for Foreign Affairs Marise Payne at her invitation, Wang Yi, also China's state councilor, said the Chinese and Australian economies are highly complementary, both countries support multilateralism, free trade and the peaceful settlement of disputes, and their common grounds far overweigh their differences.

Wang said that China has noticed the new Australian government's statement that it is willing to take an active China policy, adding that hopefully, this will help both countries draw lessons from the past and bring the bilateral relations back to healthy development.

Wang said that the Australian government's promise to adhere to the one-China policy shows it respects China's core interests.

Speaking of China's relations with the South Pacific island countries, Wang said that they do not have any negative impact on these nations' ties with other countries.

The cooperation between China and these nations is transparent and open, and China and Australia have no conflicts of interest over South Pacific affairs, he added.

China is willing to engage in third-party cooperation with Australia based on the needs of the South Pacific island countries, so as to help them achieve the 2030 Sustainable Development Goals (SDGs) as soon as possible, he said.

For her part, Payne said Australia and China are important neighbors sharing broad common interests and facing some common regional challenges, adding that Australia-China ties were once troubled by some problems, but there are more needs for cooperation.

Payne also said that her nation values the China-proposed Belt and Road Initiative, and is willing to enhance collaboration with China on bilateral, regional and global agendas through constructive dialogues.