MONROVIA, Dec. 22 (Xinhua) -- Activities marking the maiden Tsingtao Beer Festival in Liberia kicked off with a 5-km mini-marathon in the capital city Monrovia on Saturday. 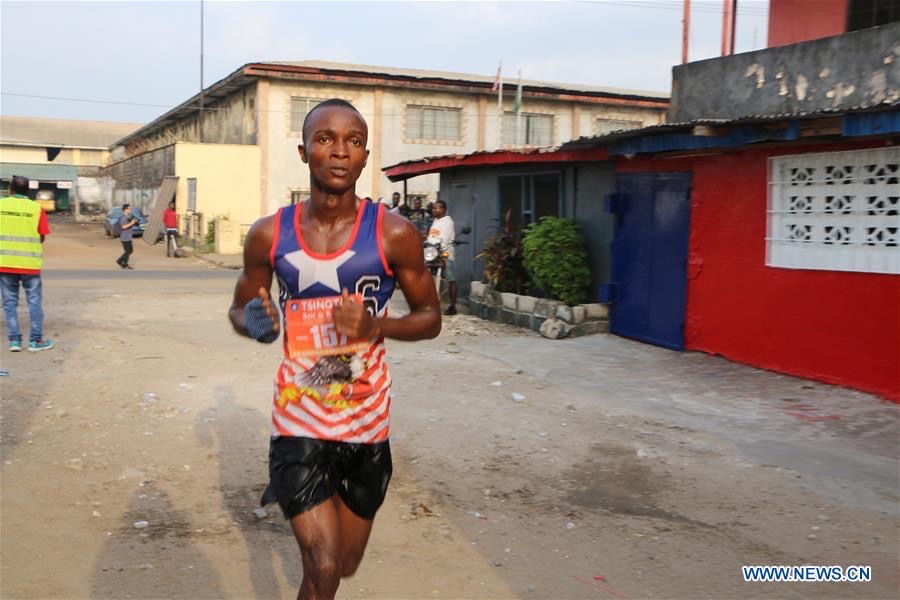 The festival is organized in line with the spirit of China's Belt and Road Initiative (BRI) for promoting trade, sports, tourism, culture, and strengthening the mutual understanding and friendship among peoples of the world, organizers said.

Named the Belt and Road Tsingtao Beer Festival, the jamboree will be held in 15 countries between December 2019 and October 2020. 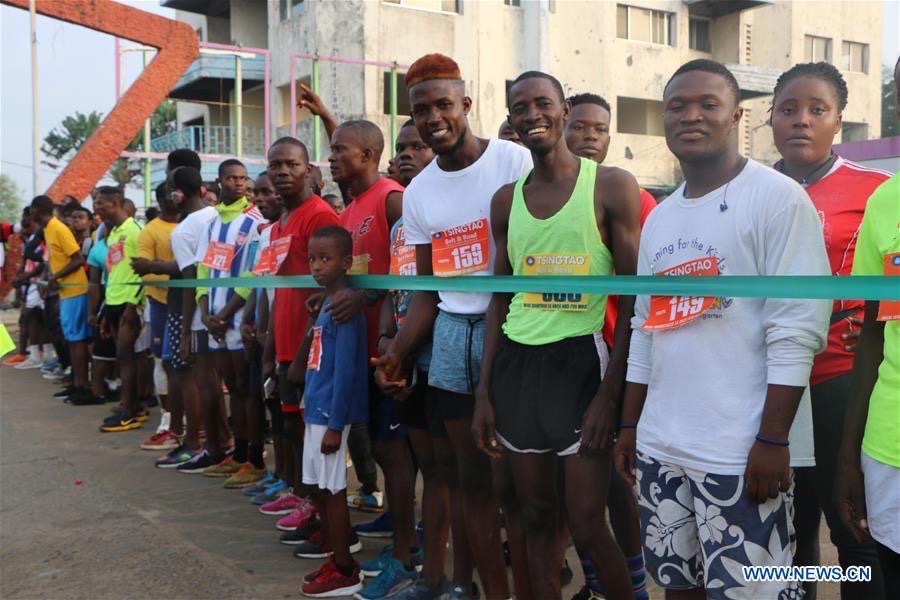 Amadu Barry, the winner of the marathon, covered the distance within the city center in 25 minutes. Hundreds of Liberians participated in the marathon, racing through the streets of Monrovia, the nation's most populous city.

The 32-year-old Barry said he quit football, his childhood dream in 2007, to pursue a career in athletics. 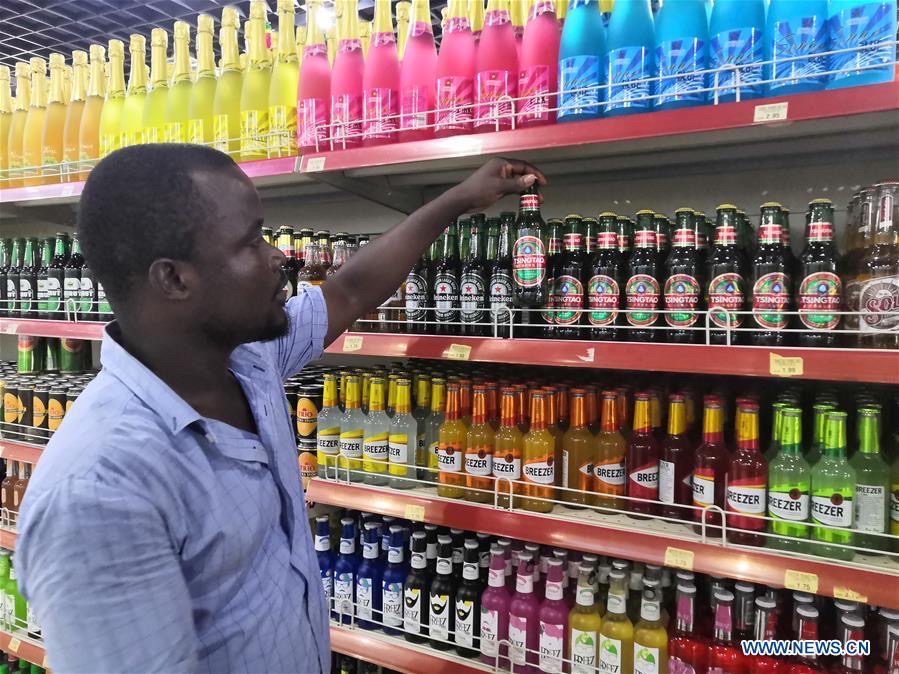 In Liberia, the Tsingtao beer is one of the top imported brands. The Chinese beer entered the west African market about a decade ago, providing opportunities, including jobs for young people.

Earlier speaking on the beer festival in Liberia, the deputy minister of information, culture, and tourism, Lance Gbayongon said the government will use the platform to engage with Tsingtao, brewed and bottled by Qingtao Brewery Corporation in China's Qingdao city, to establish a beer village in Liberia as a way of promoting culture and tourism.

"This festival is not just to drink, but also to promote peace and reconciliation for national unity," Gbayongon said.

Established in 1903, Tsingtao is currently among the top six in the world, according to Xing Zhidong, manager in charge of Afican market in the Tsingtao Beer Group.

Xing said Tsingtao has been exported to over 100 locations and regions across the world, including Liberia, which is the top market for Tsingtao beer in Africa.

In an interview with Xinhua ahead of the festival, Chinese ambassador to Liberia, Fu Jijun said just like other famous beer festivals across the world, the Tsingtao Beer Festival will further promote tourism and culture in the west African nation and deepen sino-Liberia cooperation.

"It will not only bring more business people to Liberia, but also be a good platform to show Liberian arts and culture, and promote Liberian image as an attractive tourist destination," Fu said. 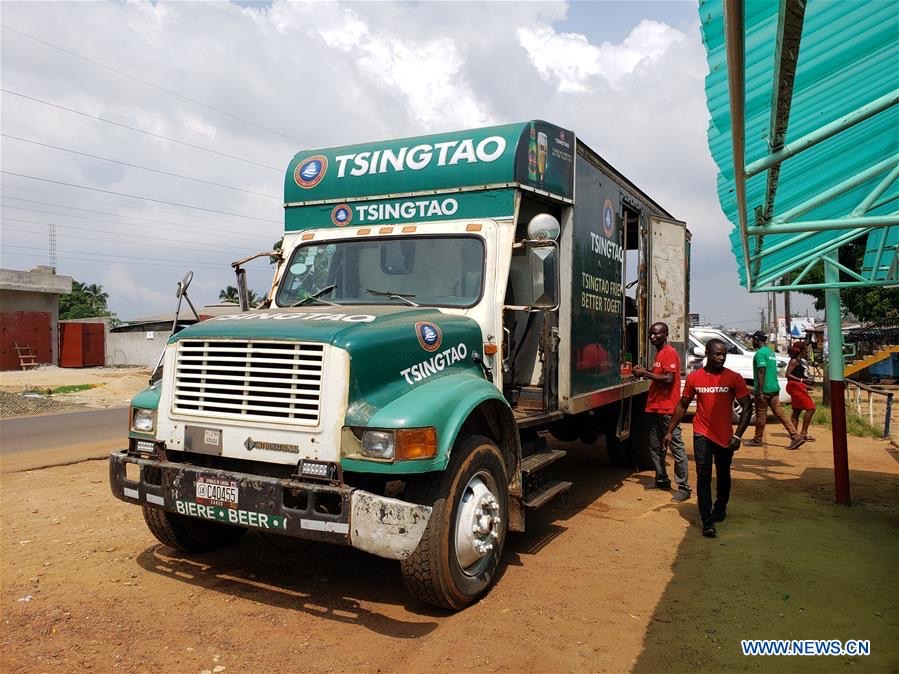 The Tsingtao beer itself, the envoy further said, is a fruit of multilateral collaboration.

"Its technology originated from the Middle East and improved by German technicians. After more than 100 years of development, Tsingtao Beer has become a popular brand widely welcomed by the world beer enthusiasts," he noted.

During the festival, participants will not only simply taste and share the Tsingtao beer with their loved ones but also enjoy many cultural, art activities.

The opening of the festival on Saturday also featured a football match between Weah All-Stars, a football team headed by the Liberian president and former world player of the year, George Weah, and the Tsingtao All-Stars team in Monrovia.