Chinese, instead of Europeans, have become the 'real winners' of Euro 2020, a Le Parisien commentary said recently, as most of the sponsors were Chinese brands. 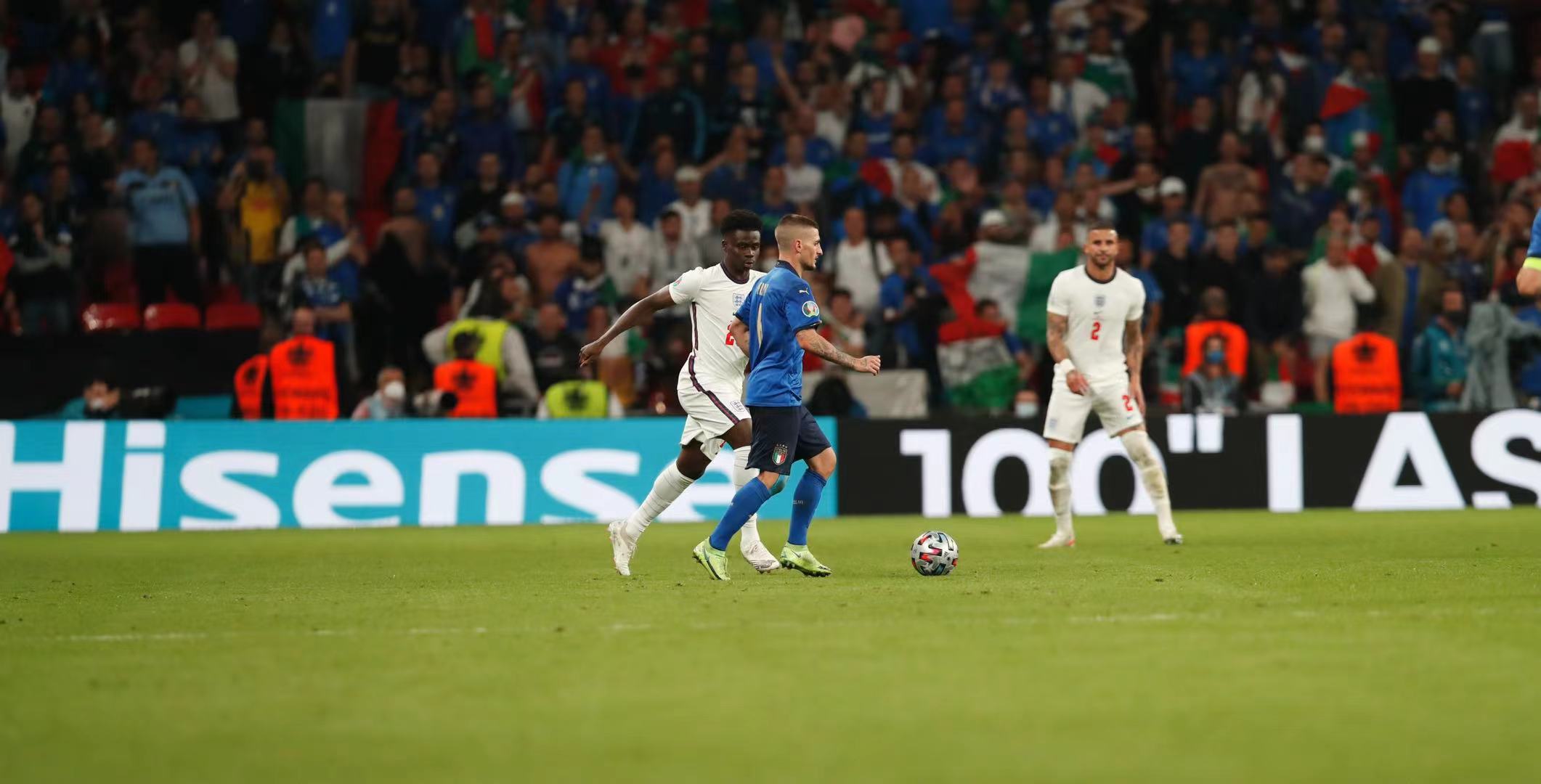 "No matter who wins the competition, they are serving China", said The Times.

Sponsorship spending by Chinese brands has grown at an annual growth rate of about 8.9 percent between 2015 and 2019, far outpacing European and American brands, and Chinese brands will account for one-third of the total growth in the global sponsorship market over the next 10 years, according to the Nielsen report entitled, "The Changing Value of Sponsorship: 2021 Sports Marketing Trends".

As Chinese companies make frequent appearances at the world's top sporting events, the outside world will have a different perspective on goods made in China. Over the past 10 years, Chinese enterprises have gradually surpassed the traditional stereotype of "Made in China". They are experiencing a huge leap from 'product export' to 'brand export', from low-end to medium-high end, and from 'Made in China' to 'Created in China'.

During World Cup 2006 in Germany, Chinese enterprises that made most of the World Cup souvenirs made a profit. In 2010, when China regained its position as the world's largest manufacturing nation after a century, the nation decided to have the glory and profit of Adidas, Coca-Cola and other foreign brands in that year's World Cup in South Africa.

Chinese economist Li Yining once said that it is necessary for China's products to open up the international market with "made in China". However, China should not limit itself to it, but to strive to replace "made in China" with "created in China" in some key industries.

Since 2010, China has been the world's largest manufacturer and is moving forward to become a manufacturing power, and major international sporting events are essential to achieve this historic leap. In the past 10 years, Chinese enterprises have successively debuted in world sports competitions, not only selling their products, but also becoming the leaders of technological trends.

The laser TV industry dominated by Chinese enterprises is one such example. In the World Cup 2018, billboards of Hisense with the slogan,"Laser TV, world's leading" was very impressive.

As globalization develops, independent innovation and brand value are increasingly vital for Chinese enterprises to transform from "Made in China" to "Created in China".