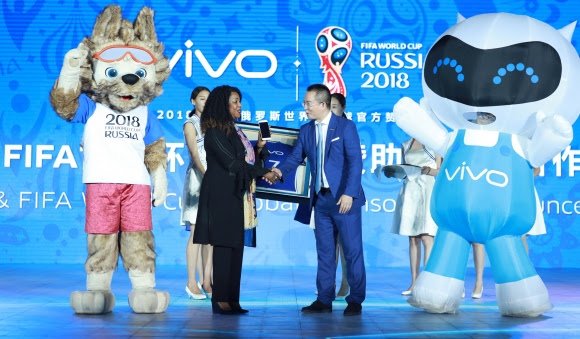 Inner Mongolian milk, TVs from Qingdao and mobile phone brand Vivo will all be on show to a global audience of billions of people later this month at the World Cup, after securing lucrative sponsorship deals with FIFA.

If the rest of the world wasn’t already familiar with names like Mengniu, Wanda, Hisense or Yadea, this year’s tournament is set to change that.

Lining up alongside familiar names like McDonald’s, Visa and Adidas, Chinese brands will gain huge exposure at the world’s most-watched sporting event.

An estimated 3.2 billion people tuned in to the last tournament in 2014, while the Department of Sport and Tourism of Moscow said last year it was preparing to welcome as many as a million fans from around the world in Russia.

Got milk? Mengniu teams up with Messi

According to The Guardian, a seven-minute advert for Mengniu Group’s ice cream and yogurt products will screen ahead of the opening match on June 14 between Russia and Saudi Arabia, and will be shown at every game of the tournament.

The company is providing the official milk of the tournament, with Mengniu ice cream and yogurt drinks exclusively on sale to fans at every stadium.

Despite being relatively unknown outside of China, Mengniu signed a Tournament Sponsor deal with FIFA in December, and has even joined forces with Argentinian superstar Lionel Messi for its latest advertising campaign. 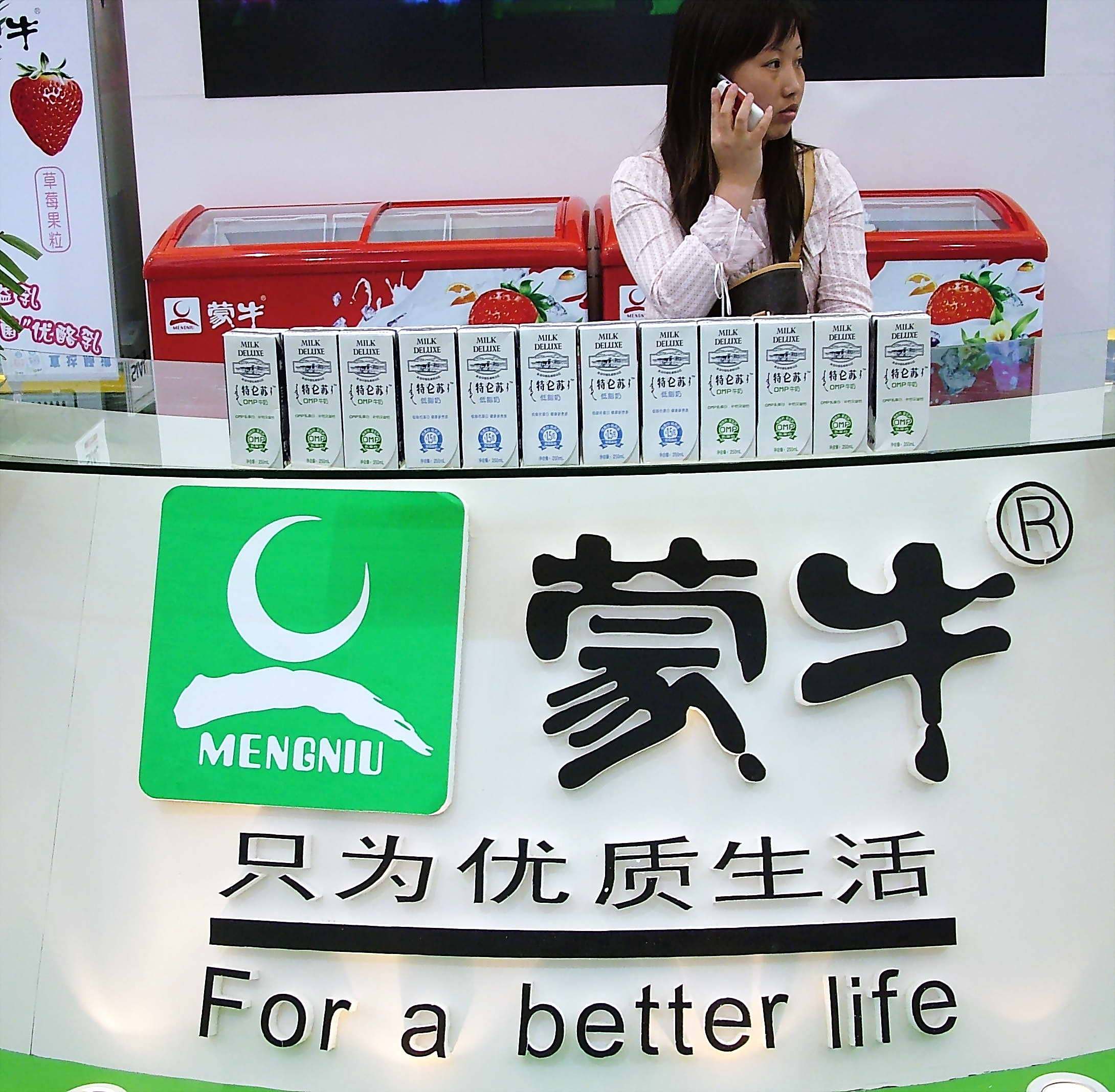 While Messi’s fee for the endorsement deal has not been disclosed, Mengniu confirmed in December that it would spend around two billion yuan (311.6 million US dollars) on marketing for its World Cup campaign.

China Daily reported last year that Mengniu’s products were already available in Mongolia, Singapore and Myanmar, with plans to expand and develop products for countries along the route of the Belt and Road Initiative.

Vivo looking to score in Russia

Among the other tournament sponsors are Vivo, which has unveiled limited-edition handsets for the World Cup, and will be hoping to boost its international profile after domestic shipments fell 4.9 percent in 2017.

According to Vivo’s website, the company – which was the world’s fifth biggest smartphone brand last year – has 373 stores overseas, but has not officially launched its products in Europe or the US.

Like Mengniu, Vivo is pumping significant amounts of cash into its sponsorship deal, with the Financial Times reporting it will pay 400 million euros (467.6 million US dollars) to sponsor FIFA tournaments up to and including 2022, when Qatar will host the World Cup.

Vivo “experience centers” will be set up outside stadiums in Moscow and St. Petersburg, while the deal will also see FIFA staff use the Chinese handsets when working on-site during the tournament.

China’s other tournament sponsors are fridge and TV maker Hisense – one of Qingdao’s “golden flowers” – and Yadea, an electric scooter manufacturer which will be a regional supporter for the tournament.

Wanda: For the Chinese football dream?

The Wanda Group is the only Chinese company to be named an official FIFA Partner, after signing a deal worth an estimated 150 million US dollars in 2016 that saw the conglomerate become the first new sponsor after the 2015 FIFA corruption scandal.

Wanda chairman Wang Jianlin, one of China’s richest men, said at the time of the deal that “if more Chinese brother companies become FIFA sponsors like Wanda, we will join forces to advance the interests of China soccer.” 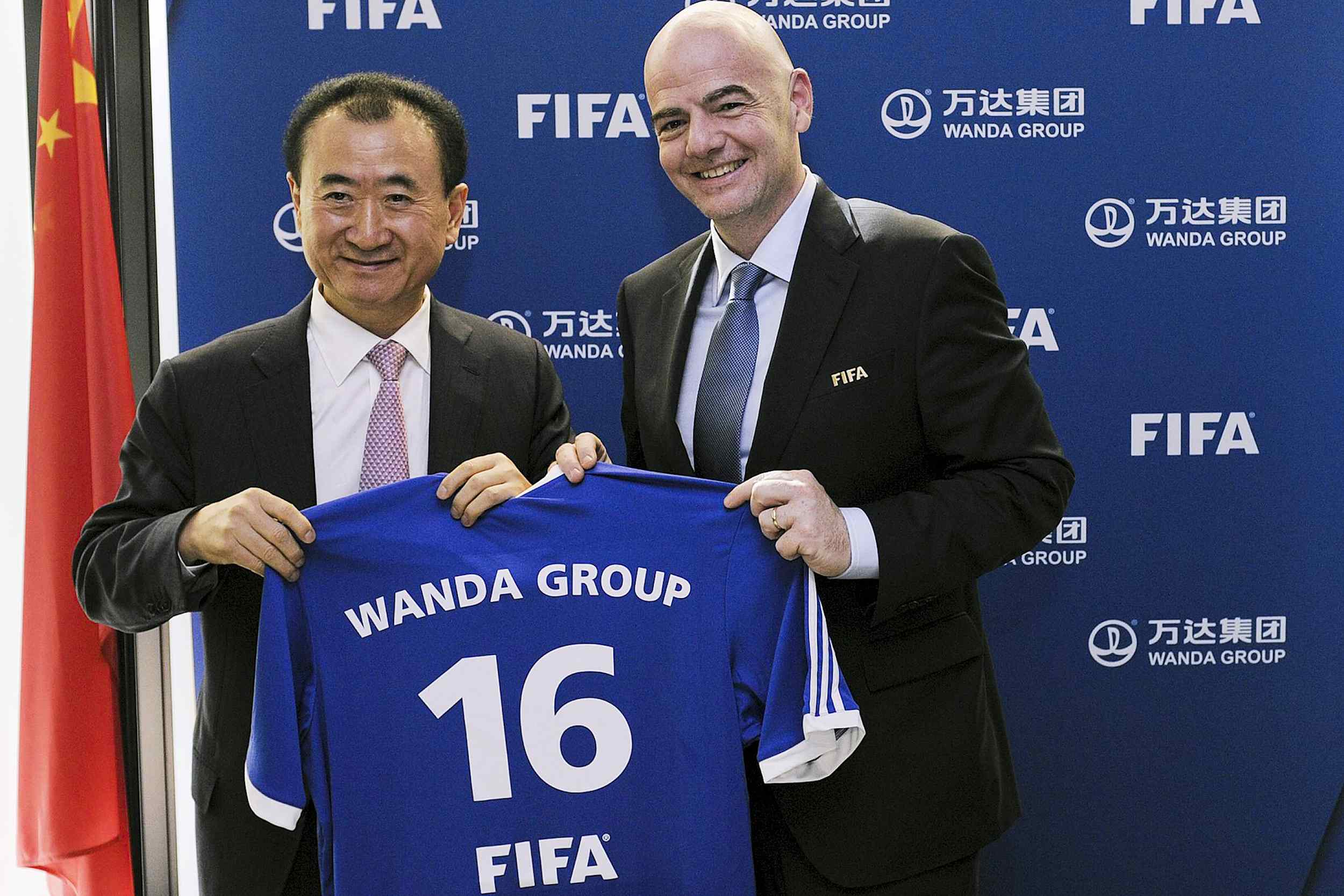 Wang also noted how many Western companies had deserted FIFA following the corruption scandal, which saw Sepp Blatter replaced with Gianni Infantino as president, saying “because some Western companies dropped out, we got the opportunity.”

Wanda has had its own financial troubles in recent years, but has been a significant backer in developing football in China, sponsoring Chinese Super League team Dalian Wanda FC and pumping cash into grassroots football via China’s Future Star Program.

With Wanda’s FIFA deal in place until 2030, there is speculation that the growth of Chinese sponsorship could be a precursor to China tabling a bid to host a World Cup tournament for the first time.

Chinese President Xi Jinping met with Infantino last June, and expressed an interest in China hosting the 2030 or 2034 tournament, with Xi saying “we are promoting the philosophy of football in society.”