BEIJING, Aug. 15 (Xinhua) - Chinese President Xi Jinping on Thursday exchanged congratulatory messages with his Brazilian counterpart, Jair Bolsonaro, on the occasion of the 45th anniversary of the establishment of diplomatic relations between the two countries. 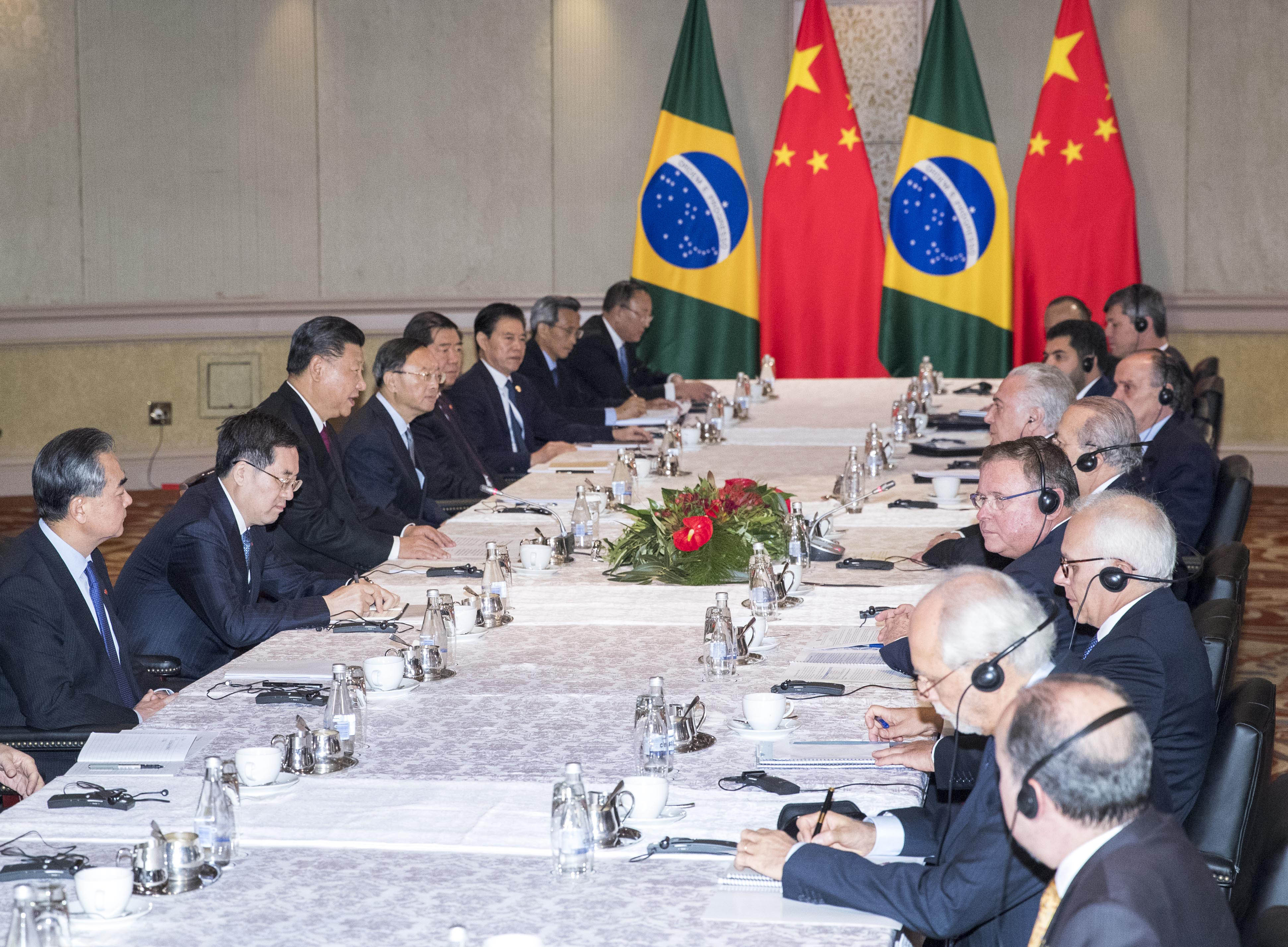 In his message, Xi said both China and Brazil are major developing countries and important emerging markets. Over the past 45 years, bilateral relations have become even stronger as time went by, and pragmatic cooperation in various fields has been fruitful, which has brought tangible benefits to the two peoples. Their ties have become an exemplar of cooperation and joint development between major developing countries, said the Chinese president.

Currently, both China and Brazil are at an important stage of development, and their cooperation enjoys great potential and broad prospects, said Xi.

"I attach great importance to developing China-Brazil relations," Xi said, adding that he is willing to draw a blueprint for bilateral relations with President Bolsonaro, and push forward the comprehensive strategic partnership between the two countries to a higher level, so as to benefit both countries and peoples, and make new contributions to safeguarding world peace, stability and prosperity.

Bolsonaro said in his message that since the establishment of their diplomatic ties, the two countries have been upholding the goal of common development, while bilateral cooperation has been diversified and mature, and cooperation mechanism has been improving.

The two sides have been witnessing ever-growing two-way trade and mutual investment and enjoying sound cooperation in strategic areas including aerospace, which has manifested the mutually beneficial character of bilateral ties, he said.

The Brazilian president said he is ready to work with Xi to jointly plan the future path of the Brazil-China partnership to benefit the two peoples.