CAIRO, July 8 (Xinhua) -- Senior Vice President of Global Partnerships and General Manager of China for Lagardere Sports, Li Ying, said that Chinese companies believe that football marketing is the most efficient way to reach their target audience in Africa. 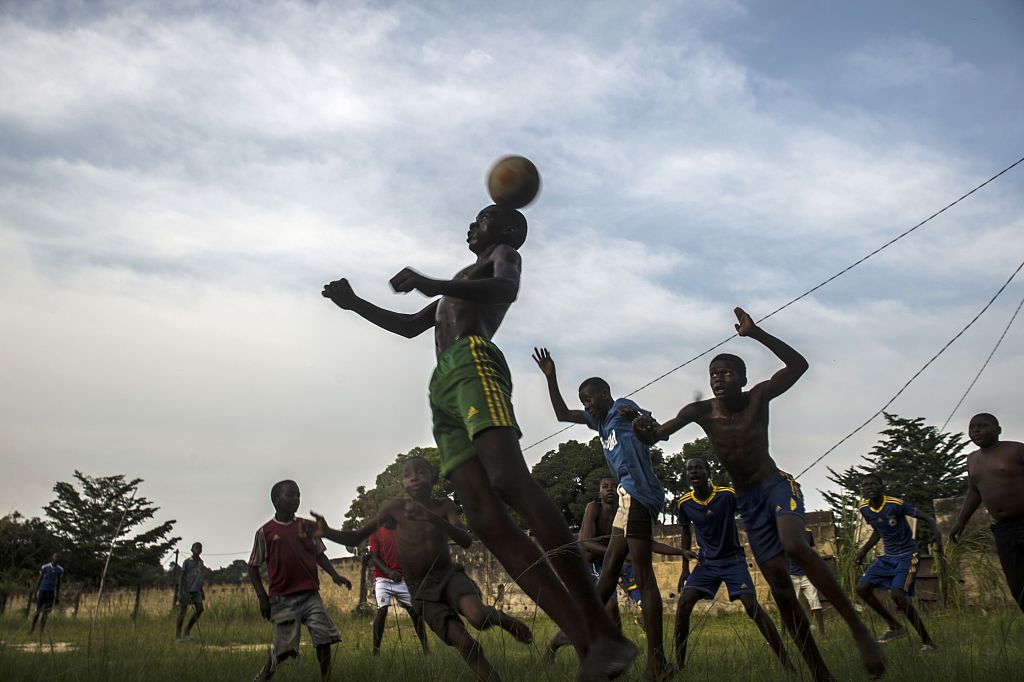 "After over 60 years since African Cup of Nations (AFCON) was firstly held, it finally embraced its first Chinese sponsor," Li said. "In June 2019, Chinese mobile brand OPPO announced it has become the official regional sponsor of the AFCON 2019."

Li added that Lagardere Sports has been the exclusive commercial partner of Confederation of African Football (CAF) for 25 years.

"For AFCON 2019, Lagardere helped achieve the most commercial deals, not only the partnership of OPPO, but brands including Continental, Visa, YAMAHA, and Gilead Sciences etc.," she added. "We can say that CAF has grown into one of the most influential football tournaments globally in the world. With no doubt, we are proud that Lagardere has made a contribution today."

Although no other Chinese companies except OPPO had agreed a deal officially with AFCON in 2019, she said, these companies are already actively exploring chances with Lagardere in other CAF Championships and AFCON 2021.

"In fact, the main obstacle for Chinese brands to invest in this year, is the change of the host country, which resulted in a minimized promotion space for new sponsors," according to Li.

Meanwhile, during the short period of Lagardere's promoting to sponsorship rights, Chinese companies were facing the adjustment of trade policy between China and Egypt, which brought uncertainty to their business results, she noted.

In January, CAF announced that Egypt will host Africa's largest continental football tournament for the fifth time in its history.

The tournament was initially scheduled to be hosted by Cameroon. However, Cameroon was stripped of the right to host the tournament for serious delay in preparations.

As a company with both foreign gene and local basis, Li said, Lagardere feels lucky to have Belt and Road Initiative.

"We aim to fully leverage this policy to promote African football to China, letting China know that it is time to grab this chance, using football to win Africa," the Lagardere official said.

She added that President of Lagardere Sports Africa showcased early in 2018 this concept as well as during the 2018 Beijing Summit of the Forum on China-Africa Cooperation (FOCAC).

She revealed that the current focus of the Chinese team of Lagardere Sports is to help the Chinese companies go abroad under the framework of the Belt and Road Initiative.

Li pointed out that Lagardere China team arrived in Cairo this March to promote AFCON 2019 to China companies, adding that they successfully reached most of the Egypt-based Chinese brands and enterprises.

At the same time, she added, according to the different brand marketing strategies, such as the difference between online promotion and offline channels, Lagardere will also coordinate AFCON to match the most important sponsorship.

"The Chinese brand OPPO sponsored the African Cup, which shows that the company cares a lot about the Egyptian market; OPPO also supported the Egyptian team in the 2018 Russia World Cup and sponsored the 2019 Egyptian Premiere League," according to Li.

"African footballers play excellently in many world competitions, and more and more African players are playing in the Chinese Football Association Super League," she noted. "They have become a strong support for Chinese football and helped develop Chinese football clubs."

Li noted that Chinese companies, which engage in broadcasting and media copyright business such as StarTime, are also introducing the Chinese Super League to Africa.

"In the future, Lagardere will stay committed to promoting African football events globally, so that Chinese brands and the Chinese public can understand the unique charm of African football," she said.

In the meantime, Li said Egypt is one of the most important countries for Chinese companies to explore the markets in North Africa and the Arab world, adding that every Chinese company will regard Egypt as an important strategic market.

"For Chinese companies, cooperation with African football and Egyptian football will help get into the markets and the investment in sports will also play a role in cultural exchange," she explained.

During his participation in the 2018 FOCAC last September, Egyptian President Abdel-Fattah al-Sisi witnessed the signing of bilateral cooperation documents with Chinese companies worth 18.3 billion US dollars.