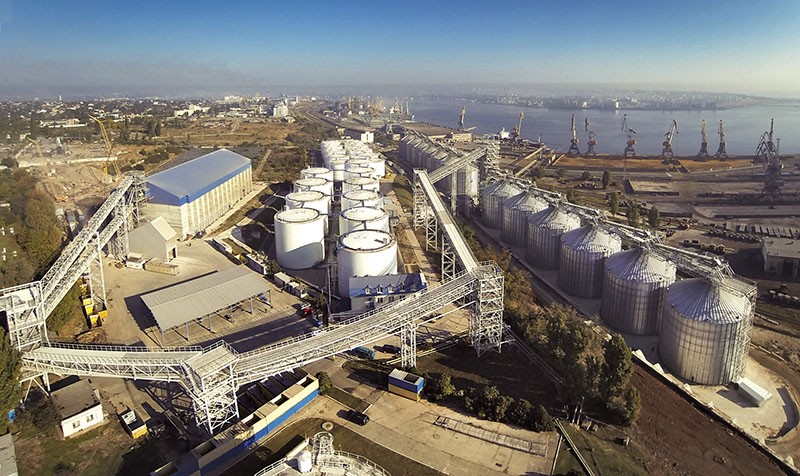 Oil and grains terminals of the Risoil Terminal near Chornomorsk Odesa Oblast. (Photo courtesy of Risoil)

The CHEC beat four companies from Ukraine and Europe with a bid price of $15.6 million, the Ukrainian Sea Ports Authority (USPA) said in a statement on Facebook.

Under the project, the Chinese company has to carry out the dredging at the port's approach channel and deepen one of the port's operational areas, it said.

On the tender outcome, USPA head Rayvis Veckagans said, "The CHEC has already proved itself as a reliable partner with the dredging project at Yuzhny port."

The Chinese company has completed the first stage of the dredging project three months ahead of schedule at the Black Sea port of Yuzhny in Ukraine's southern Odessa region.

Chornomorsk, on the northwestern shore of the Black Sea, is one of the largest seaports in Ukraine, handling between 15 and 20 million tons of cargo annually.