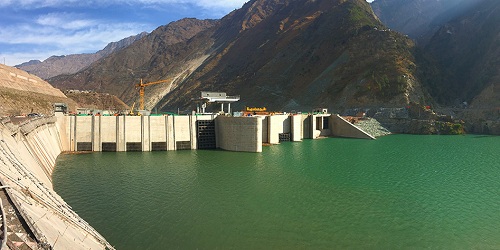 The Mohmand hydroelectric project, located in Pakistan's northwestern province of Khyber Pakhtunkhwa, involves building a dam on the Swat River and installing four generators totaling 800 megawatts, the state-owned CGGC said in a statement on its website.

The consortium includes CGGC and Descon of Pakistan, with stakes of 70 percent and 30 percent respectively.

The project is expected to be completed in about 70 months. About 6,000 jobs will be created for Pakistan during the peak period of construction, the company said.

CGGC, headquartered in the central Chinese city of Wuhan, is known as the main builder of the Three Gorges project. Its major hydropower projects in Pakistan include the Neelum-Jhelum project, Dasu project and Suki Kinari project.