Gone are the days when Lollywood, or the Pakistani film industry, was at its prime and cinemagoers used to throng cinemas to have a glimpse of their favorite actors on the silver screens. Being an emblem of romance, comedy and thrill, the local films would not only enthrall the local fans, but also exported to foreign countries.

There used to be over 1,200 cinemas in the country during the golden three decades since the 1950s of Lollywood, but now the number dropped to less than 40, Akhtar Ali Akhtar, a senior showbiz journalist told Xinhua. "In its prime time, Lollywood would produce over 100 films annually, but gradually both the production and content of the films witnessed a nosedive. Even last year only 20 local films were released, and most of them tanked at box office."

Akhtar attributed the fall of Pakistani cinema to the failure of local filmmakers to match the taste of audience and waves of terrorism that hit the country in recent years.

Over the last few years, the industry is said to be in its revival phase, with young blood coming in the field of direction and production, and educated youth entering the industry which, though not so compatible with other film industries in the region, but equally glamorous.

But many new filmmakers, who ventured into the industry, failed to make big numbers at box office despite roping in big stars of the local industry as male and female lead. Similarly, many veteran filmmakers who gave big hits in the past, also failed at the ticket box.

It is also evident that two of the three top grossers of Pakistani film industry are romcoms, and most of the action movies, made during the revival period failed to make a mark on the ticket box mainly because of lack of advanced technology to make competitive films in this genre.

However, a local movie "Parwaz hai Junoon," or Flight is Passion in English, is expected to be put on the screens in China as a Chinese company has recently bought its rights. Moreover, makers of another forthcoming local movie "The Legend of Maula Jutt," based on the heroics of an upright Punjabi man Maula Jutt, already announced to take their movie to China.

Locals believe that China can help uplift the local industry. Pakistani filmmakers are hopeful that the films' release in China will prove as the first step for Lollywood to reach the huge market in China and connect with it through cultural bond. China has over 60,000 screens, and if Pakistani movies get released on even a small number of screens in China, Pakistani producers and actors can become economically stronger to import modern equipment and make better quality films.

Success of Pakistani movies in China is not a forlorn idea as Pakistani movies used to be released in China after dubbing during the golden era of Lollywood and got much acclaim from the Chinese audience. Many romantic movies made a mark in China due to their powerful emotional appeal, and Pakistani actors were much-loved by Chinese people.

In a conversation with Xinhua, Zhou Xing, director and professor of Art Education Research Center of Beijing Normal University, also recognized the possibility of release and gradual success of Pakistani films in China as Indian movies which have almost same language and culture depiction already became a huge success in China. 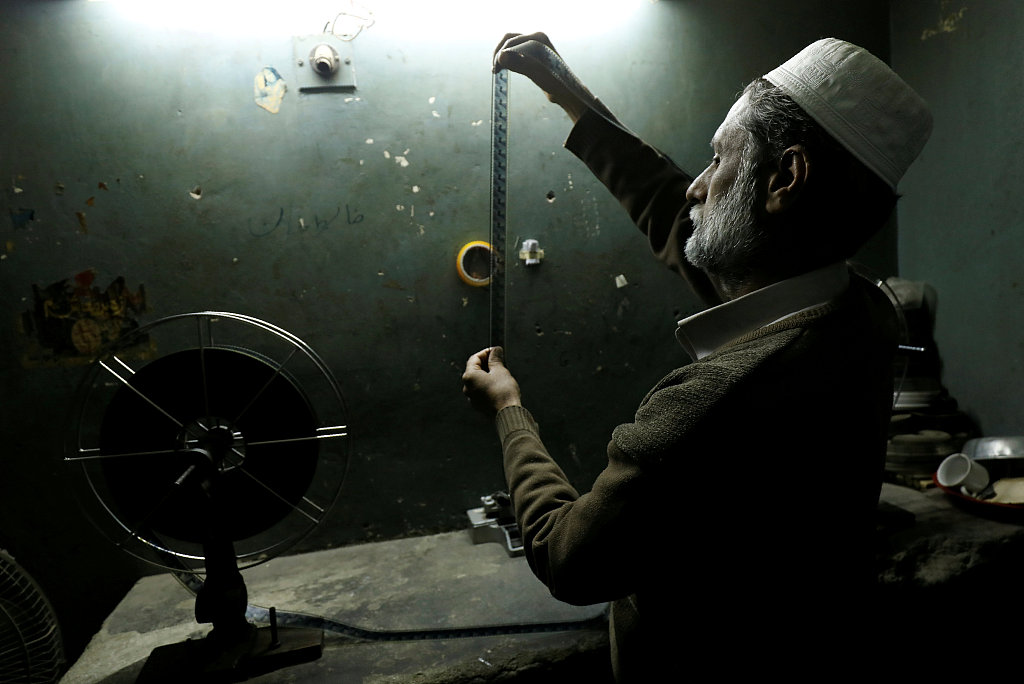 Local filmmakers and distributors are hopeful about China-Pakistan joint ventures in the movie industry in which artisans and technicians from both countries come together to produce flicks which give audience a better understanding of the people and cultures of both countries.

Recently, speaking at an event in Islamabad, Firdous Ashiq Awan, advisor to Pakistani Prime Minister Imran Khan on Information, also called for interaction between Chinese and Pakistani filmmakers and distributers to strengthen cooperation in the film sector.

The official said China is an important economic partner of the country as it is extending its support to Pakistan for addressing the prevailing economic challenges, adding that for cultural interaction, film joint ventures aiming at welfare and prosperity of people are very essential.

Talking about significance of Pak-China co-production, Muhammad Arif, head of the Media College of Islamabad-based National University of Science and Technology, said that Pakistani film industry needs modern technology, new vision and modern production houses as there is a big difference between Pakistani and international filmmaking techniques. The difference can be filled by Pak-China co-productions, where Chinese crew and technicians help Pakistani filmmakers make movies matching world standards.

As the future of both countries is bind with cooperation under the Belt and Road Initiative, passing through the China-Pakistan Economic Corridor, experts believe that an understanding of each other's culture is need of the hour, and Pak-China film cooperation will not only enhance people to people contact, but also give financial benefits to people of both countries.

"We get news every other day that many Chinese filmmakers are interested in making films in Pakistan. It will be a win-win cooperation, as the cost of production in Pakistan is much lower than that of China and filmmakers can produce good movie at a lower budget here. On the other hand Pakistani filmmakers will get a chance to learn technical skills from Chinese maestros," Jamal Shah, director of Pakistan National Council of Arts, and a filmmaker himself, told Xinhua.

Indian films used to have a big market in Pakistan and many locals preferred watching big-budget films from the neighbor over local production, due to their glamorous sets, impressive cinematography and strong content. However, Ban on Indian movies earlier this year in Pakistan due to tensions between the two sides created a void not only for the cinema goers, but also for cinema owners.

The cinema owners and distributors are anxiously looking for an alternate content to cater the local market which is hungry for entertainment. Local cinema owners believe that Urdu-dubbed Chinese movies and joint-productions between Pakistan and China can be a good replacement of Indian movies in the country.

Adnan Ali Khan, general manager of Sales and Marketing Department with Cinepex Cinemas, the largest chain of cinema houses in the country, believes that Chinese movies can be a good alternative as they offer a mix plate of entertainment ranging from love sagas to action thrillers.

"Pakistan does not produce good action movies due to lack of modern technology and absence of qualified stuntmen. Fans of action movies have no choice, but to watch Hollywood movies in English, and it is no surprise that top three highest grossing Hollywood films in Pakistan are action films," Khan said, adding that Chinese action movies dubbed in Urdu language can do much better business in Pakistan if properly marketed.