ISLAMABAD, Nov. 23 (Xinhua) - Chinese Ambassador to Pakistan Yao Jing on Friday rejected a US diplomat's allegations against the China-Pakistan Economic Corridor (CPEC), saying the facts illustrating the project's success speak for themselves. 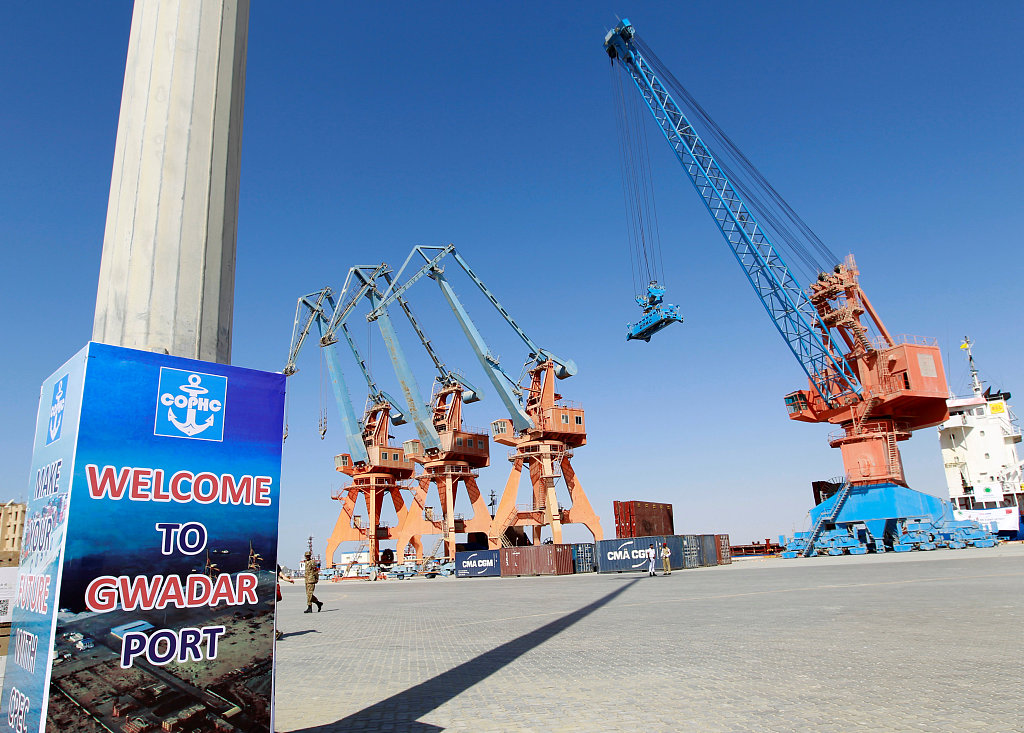 A general view of the port before the inauguration of the China Pakistan Economic Corridor port in Gwadar, Pakistan November 13, 2016. (Photo: VCG)

He made the remarks when addressing the fifth CPEC Media Forum organized by the Pakistan-China Institute and the Chinese Embassy in Islamabad. On Thursday in Washington, US Principal Deputy Assistant Secretary for South and Central Asia Alice Wells said CPEC is not providing local employment opportunities and would take a toll on the Pakistani economy.

Yao said he was astonished by Wells' allegations given that he has met with her twice in Islamabad over the past two years and briefed her on CPEC details. He added that some 90 percent of Pakistan's creditors are from the West and not China.

Yao also rejected Wells' allegations of the high power prices because of CPEC projects by quoting a report by Pakistan's state-run National Transmission & Despatch Company, which said three CPEC power plants are among the top 10 providing the cheapest energy in the country.

CPEC, launched in 2013, has brought tangible improvements in the Pakistani economy. After completing the project's first phase, the two countries are working to launch its second phase, with a focus on social and agricultural development as well as industrial cooperation.

The Chinese ambassador told the audience that the new phase would see about two dozen leading manufacturing companies from both countries become partners to boost Pakistan's manufacturing and export sector and earn more foreign exchange reserves.

Established in 2015, the CPEC Media Forum is aimed at providing a platform for collaboration between media groups of the two countries.