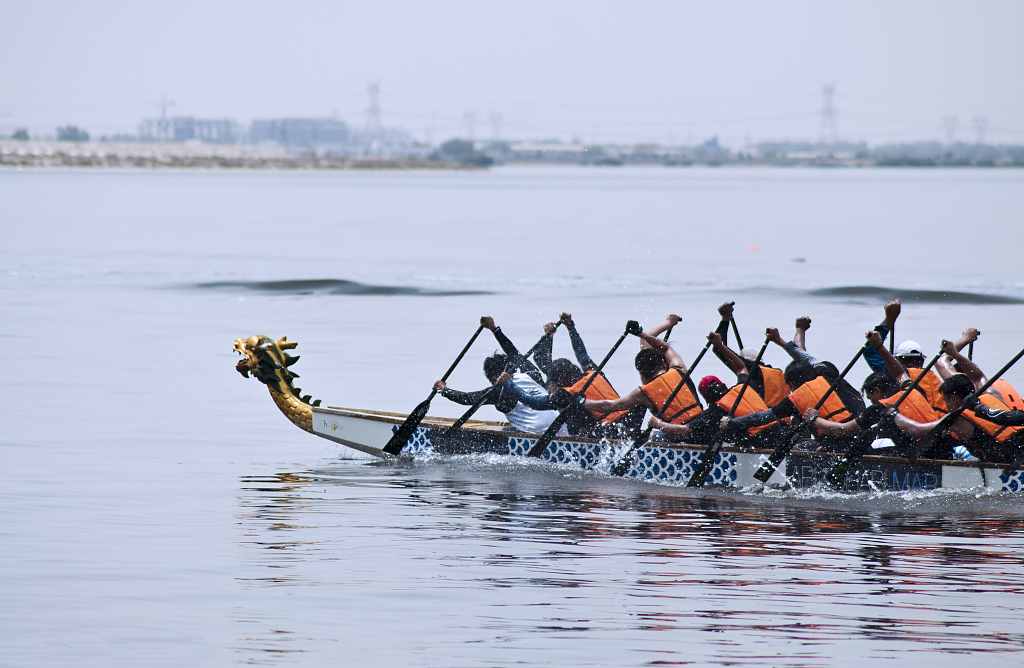 BANDAR SERI BEGAWAN, Aug. 26 (Xinhua) -- Since its revival in 2012, the Brunei Regatta has drawn the participation of foreign rowers, including dragon boat teams from China.

This year, the Brunei Regatta 2019 concluded on Sunday in hot and rainy weather but still recorded a strong crowd. A tourist, Rodrigo from Spain said it was surprising and interesting to witness a regatta in Brunei, especially the Brunei traditional boats.

A foreign affairs official from Nanjing Municipal People's Government, Bu Lei said Nanjing has participated in the Brunei Regatta for four times, and this year, the young team from Sanjiang University in Nanjing made their return for the second time. The team took part in the 20-man youths aged 30 and below Fiberglass Boat Race.

"Our participation in the Regatta reflects the good relation between Brunei and China," she told Xinhua.

Brunei Regatta is a national festival in the Sultanate, where the Sultan also taking part ever since the early 1900s. Since the revival, Brunei ruler Sultan Hassanal Bolkiah was an ardent participant, even today at the age of 73.

This year, the regatta had attracted 1,615 paddlers from 65 teams including 5 from overseas.

The team leader and coach of the Sanjiang University's team, Tang Wanhong, who is also the Vice President and Professor of Sanjiang University said, "We are here under the invitation of the Brunei Home Affairs Ministry, and representing the Nanjing local government".

He said the Sanjiang University dragon boat team has a history of over 10 years, and the Brunei Regatta 2019 was quite competitive. This year, the team came in the second position, similar to the previous year.

Tang Wanhong said there are some similarities between the boats in the Brunei Regatta and the boats in the dragon boat race, but also some differences. In dragon boat racing, each boat is decorated like a dragon and there is drummer seating in the front row that leads the crews on the timing and frequency of paddling strokes by beating the drum rhythmically.