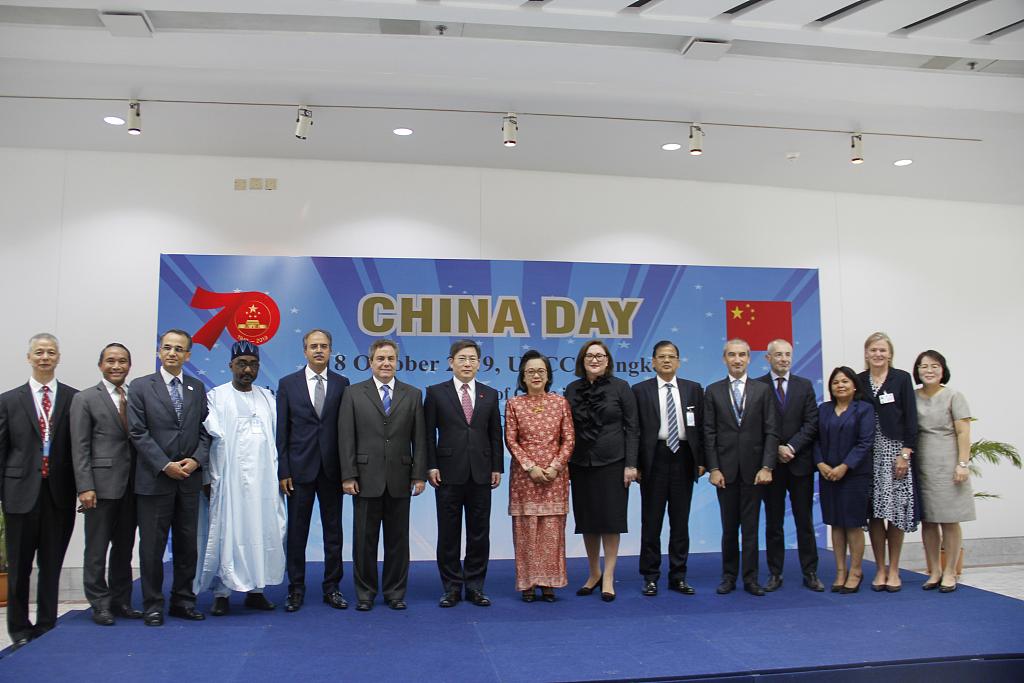 BANGKOK, Oct. 19 (Xinhua) -- The Chinese Embassy in Thailand held China Day at the United Nations Economic and Social Commission for Asia and the Pacific (ESCAP) in Bangkok on Friday to celebrate the 70th anniversary of the founding of the People's Republic of China.

Salsiah Alisjahbana, deputy secretary general of the United Nations (UN) and executive secretary of ESCAP, attended the event, together with the diplomatic envoys in Thailand and ESCAP and the heads of UN regional organizations.

During her opening remarks, Alisjahbana highly praised China's contribution to the region.

"I am delighted the Embassy of China has chosen to host this event at the United Nations", she said. "Over the past 70 years, and especially during the four recent decades of reform and opening-up, China's development journey has been phenomenal."

"As China's involvement in international affairs has grown, so too has its contribution to the United Nations. Where sustainable development is concerned, it has a crucial role to play in accelerating the region's progress towards the 2030 Agenda," she added.

"Over the past seven decades, while making great achievements in economic and social development, China has also continuously deepened and improved its understanding of ecological environmental protection to achieve sustainable development goals."

He also emphasized China's support for the UN.