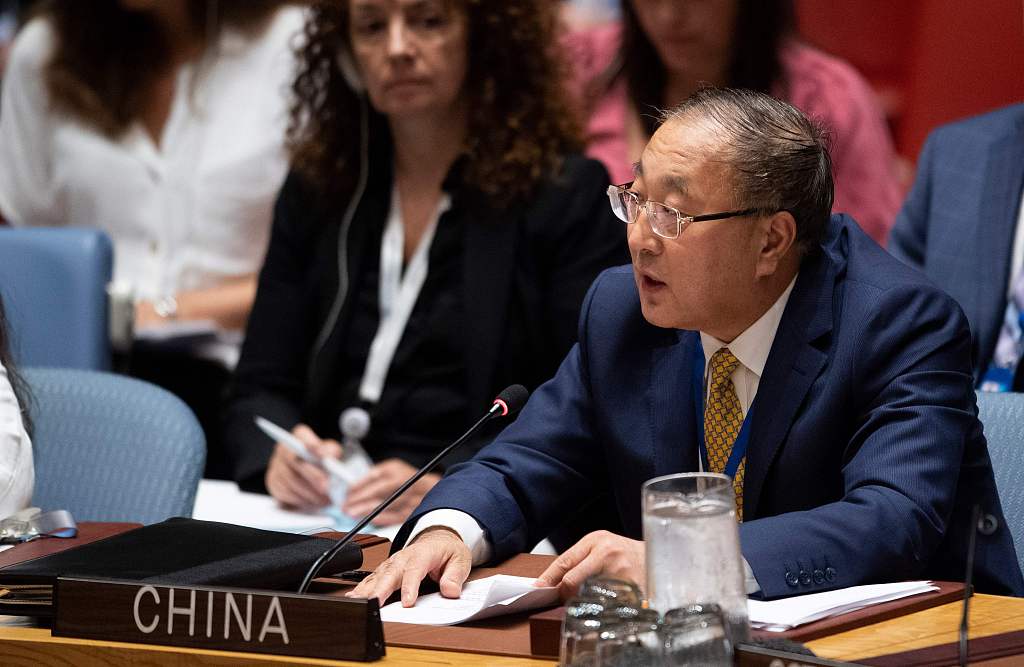 Zhang also noted the importance of helping countries concerned carry out post-conflict reconstruction, which should focus on capacity building and ensure development benefits all, not least women.

He further said support should be provided for gender equality and women's empowerment in conflict-affected countries, and that special funds should be earmarked to support capacity building projects for women.

Zhang made the remarks at a Security Council meeting on women, peace and security. Earlier, the council adopted Resolution 2493 to reinforce the Women, Peace and Security Agenda in the lead up to the commemoration of the agenda's 20th anniversary.

In Resolution 2493, the Security Council further urged UN member states to implement the agenda and its priorities "by ensuring and promoting the full, equal and meaningful participation of women in all stages of peace processes."

It urged member states to facilitate women's inclusion and participation in peace talks from the outset, both in negotiating parties' delegations and in the mechanisms set up to implement and monitor agreements.

In his speech, Zhang welcomed the adoption of the resolution.

He noted 2020 marks the 20th anniversary of the Women, Peace and Security Agenda, and thus the international community should capitalize on this opportunity to review and take a stock of the achievements and shortcomings in this area, so as to identify the right direction for future cooperation and increase consensus.

In 2000, the Security Council passed Resolution 1325 on Women, Peace and Security, emphasizing the need to incorporate gender sensitivity and include women in approaches on security and peace-building, especially those affected by conflicts.

However, 19 years on, both UN Secretary-General Antonio Guterres and UN Women's Executive Director Phumzile Mlambo-Ngcuka pointed out continued exclusion of women from peace processes in their speeches Tuesday.